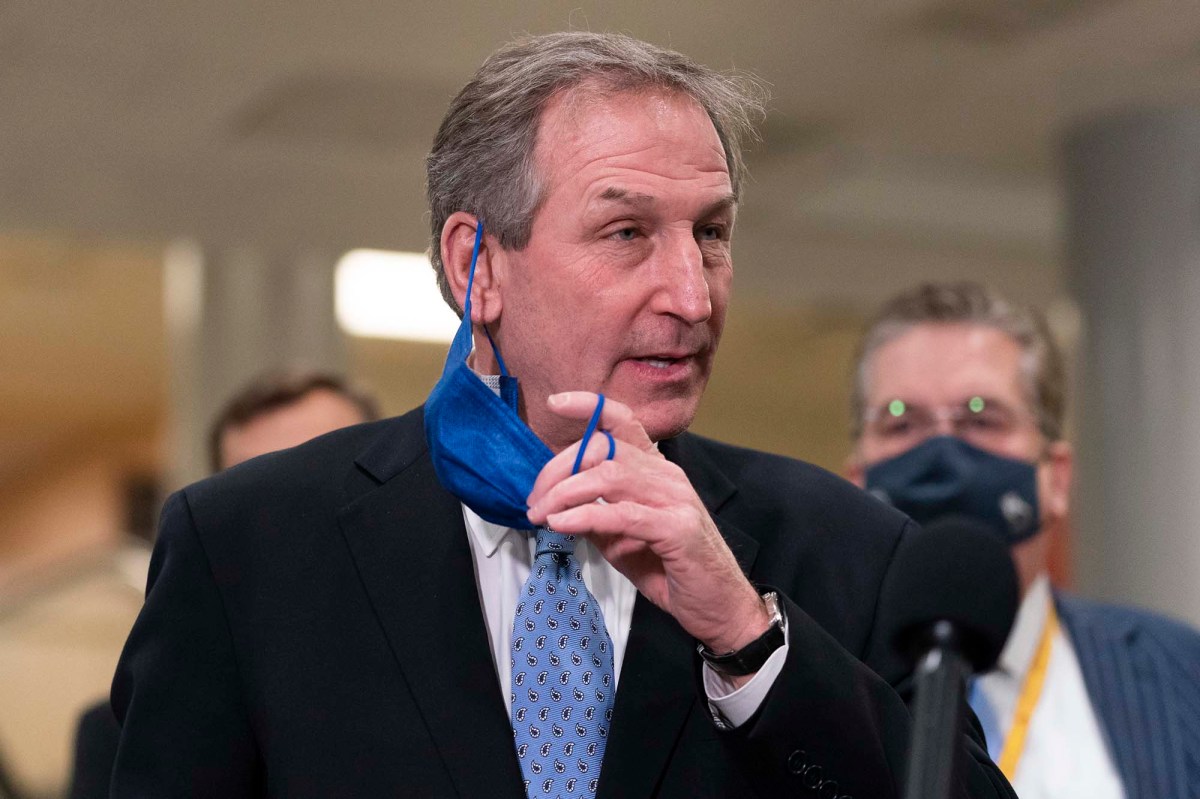 Not only did they win the Super Bowl, but Donald Trump’s impeachment defense team seems to feel that way after getting a second acquittal from the former president.

Van der Veen delivered the phrase as he left the Capitol after the Senate voted 57-43 against convicting the former commander-in-chief on Saturday.

Van der Veen then punched a colleague as they continued walking.

Before leaving, the group of lawyers were seen looking jovial as they celebrated their victory. They were all seen posing for photos and joking with each other.

Hours earlier, Van der Veen maintained in his closing arguments that indicting Trump for a heated speech prior to the riot would violate his First Amendment rights and called the proceeding unconstitutional.

Two-thirds of the Senate, or 67 votes, were needed for conviction. Only seven Republicans joined Democrats in voting to condemn, leaving them 10 fewer.

A single impeachment article was brought against the former president while he was still in office, just a week after the January 6 riot on Capitol Hill, on the charge of “incitement to insurrection.”

The House voted 232-197 to impeach Trump a week after the siege, in which five people were killed.