Lesson learned: Longtime island hospitals say they are ready if they come 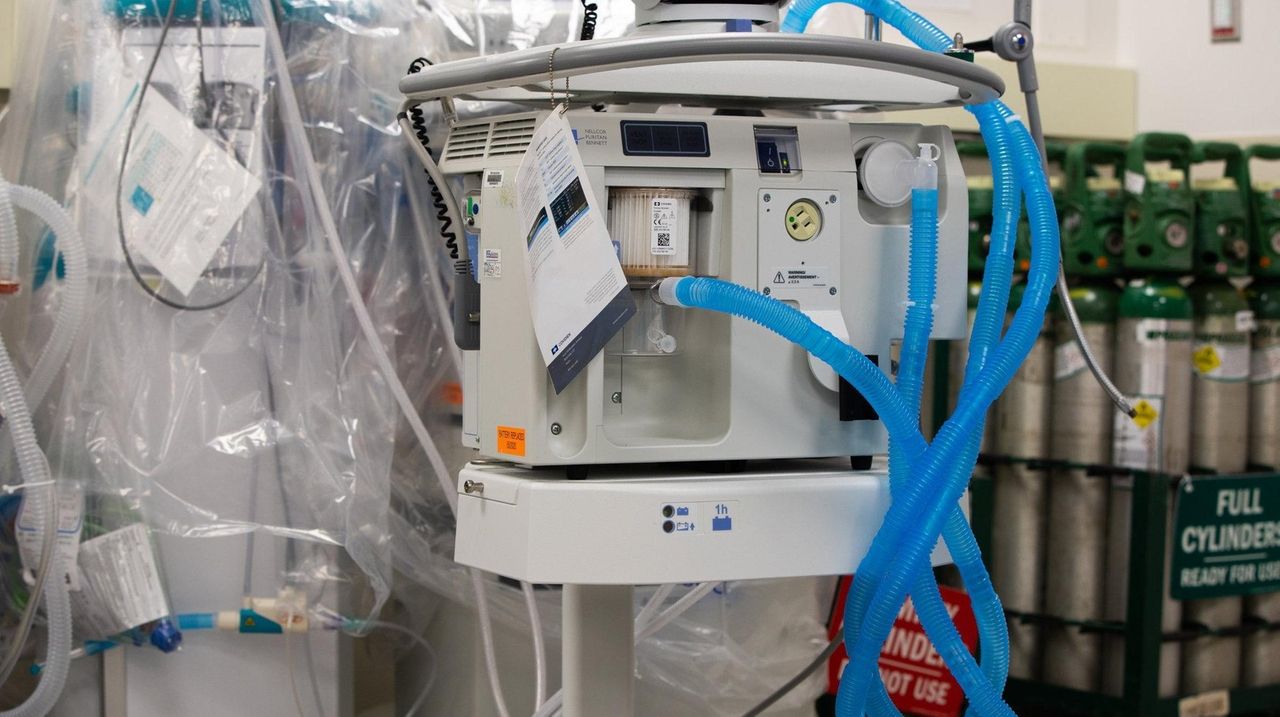 The number of COVID-19 patients at Long Island hospitals continues to increase, with hospital officials saying months of planning, the purchase of new equipment and lessons learned during the spring catastrophe of coronoviruses have prepared them if there is a new boom .

“We have been steadily preparing since the day we stopped a spurt,” said Dr. Ossyside’s president of medicine and head of infectious diseases at Mount Sinai South Nassau Hospital. Aaron Glatt said.

Hospital officials said they are equipped with personal protective equipment, can quickly move staff to treat a major flood of COVID-19 patients, and conference to accommodate beds and medical equipment if necessary Room and other places are ready.

Spring Surge, which reached its peak in April, hospitalized thousands of Long Islanders with COVID-19, which occurred suddenly and rapidly.

In a week in late March, the number of COVID-19 patients in South Nassau increased almost tenfold, and coronavirus caseloids continued to climb until mid-April, as doctors, nurses and other hospital staff scrambled to keep up. Of. Some patients lay in beds in the hallway until rooms were available. Similar scenarios played out in other Long Island hospitals.

Medical Director of Health Care Epidemiology at Stony Brook, Drs. Susan Donnellan said Stoney Brook Medicine is analyzing “what went right, what went wrong, what we would do again and what we would do differently.”

Donelan and other area hospital officials say that, even though the number of coronovirus patients has increased over the past few weeks, it is still a fraction of COVID-19 patients in the spring.

In March and April, pre-COVID-19 hospitals often supplied N95 masks and other personal protective equipment for only a few days, which suddenly faced rapid growth in demand, and this led to hospitals Sent to the Globe – online, by phone and sometimes in person – PPE is looking for what thousands of other hospitals around the world need as well.

The state implemented regulations in July requiring state hospitals to have a PPE of at least 90 days.

In addition, South Nassau purchased huge vaporizers that are capable of turning five times more liquid oxygen into gas for use in ventilators and other respiratory devices, he said. Two tents have been built outside the hospital to handle patients’ spring overflow.

Hospitals also faced staff shortages in the spring, especially as people experienced working with patients with severe respiratory problems. Many are brought in temporarily from around the country – an option that, with coronovirus now severely affecting almost every state, may be less available.

Richard Maragulis, the hospital’s president and CEO, said that noting that Long Island Community Hospital in Patchogue is securing agreements with staffing agencies that would make the hospital a priority for respiratory therapists, nurses, physician assistants and others.

At Northwell Health, many employees throughout the system were trained to work with COVID-19 patients during the spring, so, for example, additional training to nurses not typically working with patients with intensive care Given and placed with experienced critical-care nurses. , Chief Quality Officer of Health System Dr. Mark Jarrett said. He said that others were trained after increasing the expectation of the other.

“We built a reserve duct of staff that we could pull,” Jarrett said.

Dr. Joseph Greco, head of operations at the hospital, Dr. Joseph Greco said that in the spring, NYU Langone Hospital-Long Island moved quickly to create additional patient care space to increase capacity in the state by 50%.

He said a large conference room and library has been converted into an intensive care unit, which has not been used since and will be ready for patients in case of a new surge.

Donilan said that in Stony Brook, some of the patient rooms were converted into negative pressure rooms from where contaminated air is emitted through vents and filters and does not escape into the hallway.

One frustration of hospitals during the spring crisis was the lack of coronovirus tests, which sometimes led to waiting for results.

If a person arrives at the hospital with COVID-19 symptoms and is considered at high risk for a serious case of the disease, that person is isolated and kept in hospital until a test result is returned. Would come, he said. He said that now hospitals can quickly find out if a patient has, for example, flu and instead of COVID-19 providing better treatment for either of the two diseases, sending them if necessary or Send home when appropriate.

“Our care is better than learning,” he said. “We have new therapeutic and different ways of contacting the patient, and it all makes a difference and reduces mortality.”

However, officials at the island’s hospital have spent months preparing for the growth of coronovirus patients over or over the spring, saying they hope that won’t happen.

Unlike March, “people are wearing masks,” Greco said. “We have frequent tests. We are replacing people in restaurants and big celebrations. We are taking many steps to stop a new boom.”

David Olson covers health care. She has worked on Newsday since 2015 and previously covered immigration, multicultural issues and religion at The Press-Enterprise in Southern California.