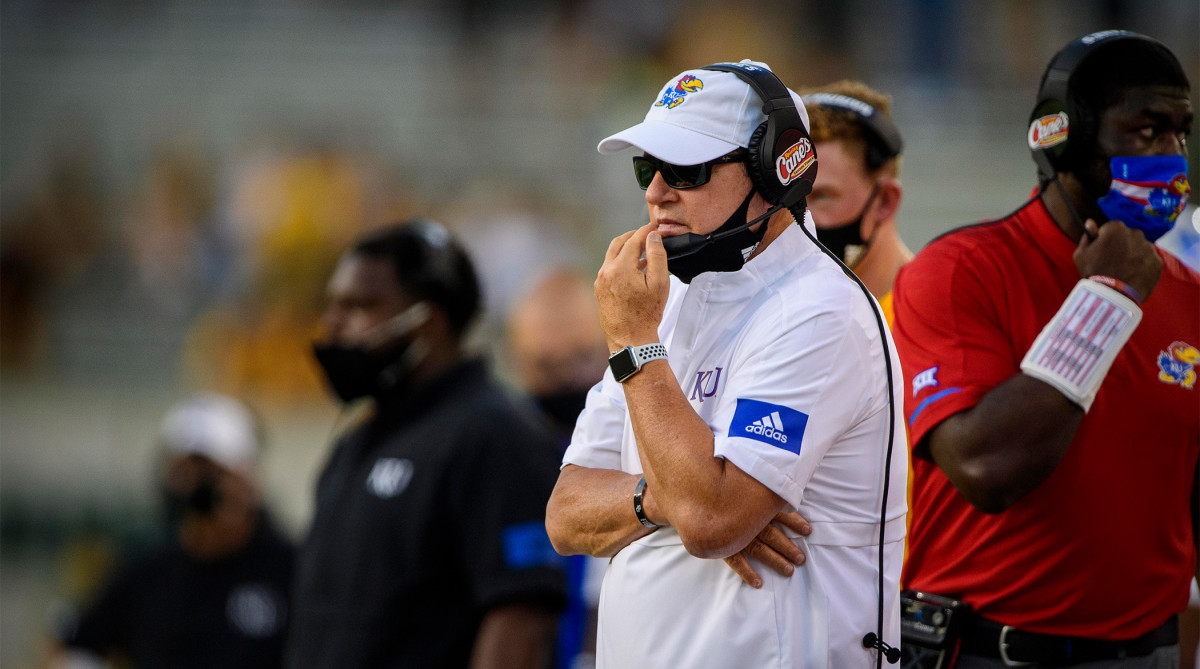 Kansas Athletic Director Jeff Long announced Friday that he put Les Miles on administrative leave after consecutive days of reports of his behavior toward female students while at LSU.

The University of Kansas will also conduct its own investigation into the allegations against Miles, according to Long. As of Friday night, Long said they had not seen the reports from Husch Blackwell and Taylor Porter, which detail the alleged inappropriate misconduct.

“Today, I put the soccer head coach, Les Miles, on administrative leave while we conduct a full review to determine the appropriate next steps,” Long said in his statement. “Although the allegations against you occurred at LSU, we take these matters very seriously at KU.

“Now that we have access to this information, we will take the next few days to fully review the material and see if additional information is available. I don’t want to speculate on a timeline for our review because it is imperative that we do our due diligence. We will be able to comment further once our review is complete. ”

According to the original internal report released by LSU on Thursday, Miles was prohibited from being alone with students after the 2013 sexual harassment investigation. The initial report from eight years ago alleged that Miles sent text messages to female student workers at a burner phone, took them alone to his condo, and kissed a student on at least one occasion. Miles, who was directly involved in hiring student employees, allegedly “made it clear that he wanted these employees to have a certain ‘look’ (good-looking, blonde, fit).” Employees at the time who did not fit the description would receive fewer hours or be laid off, according to the report.

In the new report released Friday, Husch Blackwell found that LSU’s athletic department did not respond adequately to the allegations against Miles.

“We are not in a position to offer an opinion on whether the allegations are true or not,” the Husch Blackwell report reads. “Rather, this question is whether the University responded to this report against [Miles] … consistent with current legal guidance, recognized best practices, and institutional policy. The answer is no.'”

LSU hired the law firm to audit how it handled dozens of cases across all departments dating back to 2016 after a USA Today I reported last fall on how the LSU athletic department and the administration at large failed to adequately address allegations of sexual misconduct against top athletes and other students.

Husch Blackwell’s report revealed that former athletic director Joe Alleva recommended that Miles be fired for good cause in 2013, citing “insubordination, inappropriate behavior, which puts the college, the athletic department and the football program at great risk.”

“But you know, nobody wants a big bang where, oh, there’s a big scandal, you know? I always felt like we always had to be protective, you know? You want to protect LSU. You don’t want there to be any big fuss or scandal or, you know, much less something like that, right? “