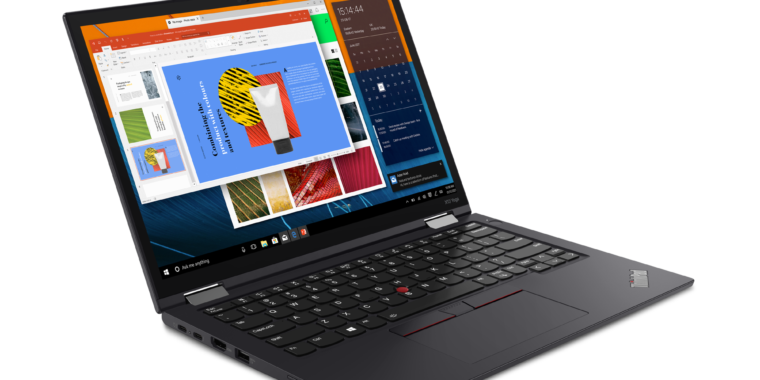 Lenovo today announced a comprehensive review of its ThinkPad notebook line, led by the popular X13 and X13 Yoga.

Lenovo has added many previously seen features on its X1 Nano model to various other laptops in the ThinkPad line. Among them is a continual switch to 16:10 displays, which most productivity users will greatly appreciate compared to the more media-focused 16: 9 aspect ratio found in recent previous models.

There is also detection of human presence; Laptops use a radar sensor to detect when you’re sitting in front of them and wake up accordingly. And of course, like many similar laptops today, you can now get these machines with fingerprint readers built into the power buttons.

Specs-wise, the CPU options for the X13 and X13 Yoga include Tiger Lake (11th Gen) Intel Core chips with optional vPro, in addition to AMD Ryzen 5000 options. A big focus of this update is to bridge the previously existing gap in the features between Intel and AMD configurations, now that interest is particularly high in AMD processors. We are not at 100 percent parity, but we are closer than before.

The T14 and T14 have 14-inch screens and the 15 has a 15.6-inch screen. CPU options offer 11th Gen Core i7 CPUs (also with vPro options) or alternatively AMD Ryzen 5000 Pro. Intel versions of several new Thinkpads have an “i” after the name, as in the Lenovo ThinkPad T14 i. The AMD versions do not.

Across the entire T-series lineup, you’ll find Wi-Fi 6 or 6E, 4G and 5G configurations, and FullHD webcams, although many features are optional or not default when you configure the devices. These are the starting prices and availability dates for each of the T and X series laptops:

Other updated products include the L14, L15 and PL14, as well as a new monitor that bears the P40w label. If you are interested in those models, you can get more information on the Lenovo website.