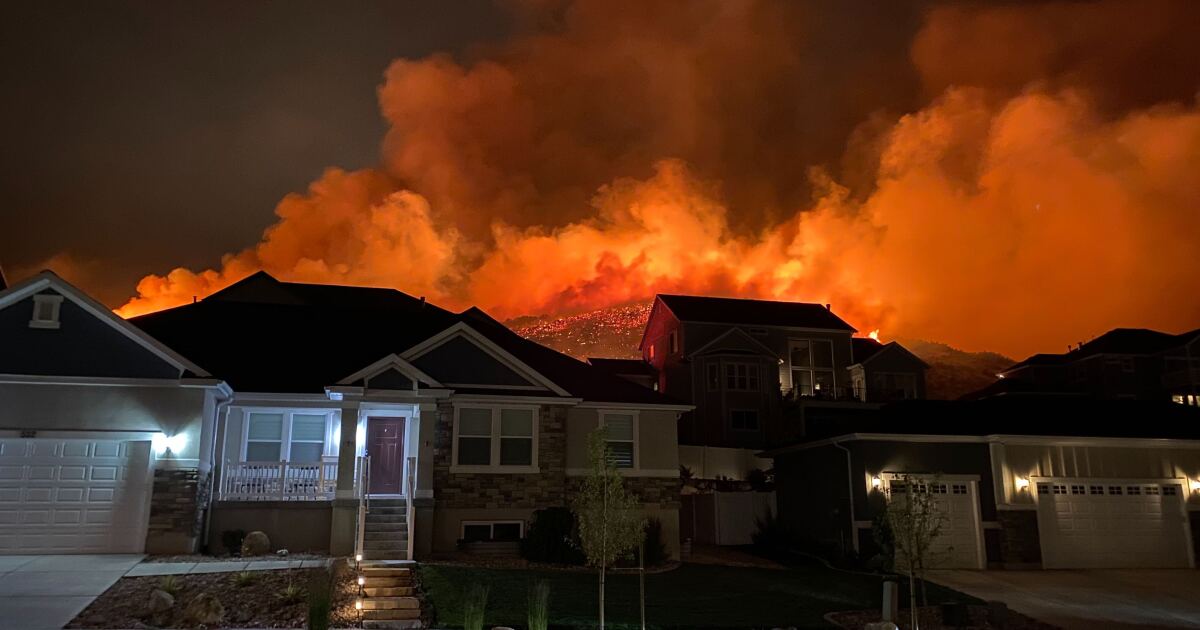 UTAH COUNTY – Dozens of houses were evacuated due to a fire that started on Saturday night in Lehi.

Homes in the Traverse Mountain area were evacuated around 12:30 am Sunday. Those within a 1/4 mile radius of Vialetto Way and Annuvolato Way, those in Spring View Lane and the Autumn Hills area were ordered to evacuate to Skyridge High School and told to wait there in their vehicles.

Draper City then ordered the evacuation of the Maple Hollow neighborhood, and Draper Park Middle School was opened to those who needed a place to go.

Draper City also announced that residents living in the Suncrest area should prepare to evacuate, and would receive a reverse 911 call if ordered to do so.

No injuries have been reported.

It was also reported that more than 10,000 homes experienced power outages in southern Salt Lake County.

The fire, dubbed “Crossfire,” was estimated at 150-200 acres and spread rapidly due to the wind.

Authorities say it was started by fireworks and that the suspect is cooperating with police.

It is illegal to light fireworks in the state of Utah except on the days surrounding Independence Day, Pioneer Day, and New Years holidays, specifically July 2-5, July 22-25, and from December 31 to January 31. one)

During those days, some areas are still out of the reach of fireworks due to the increased danger of forest fires.

This is breaking news and will be updated as more information becomes available.