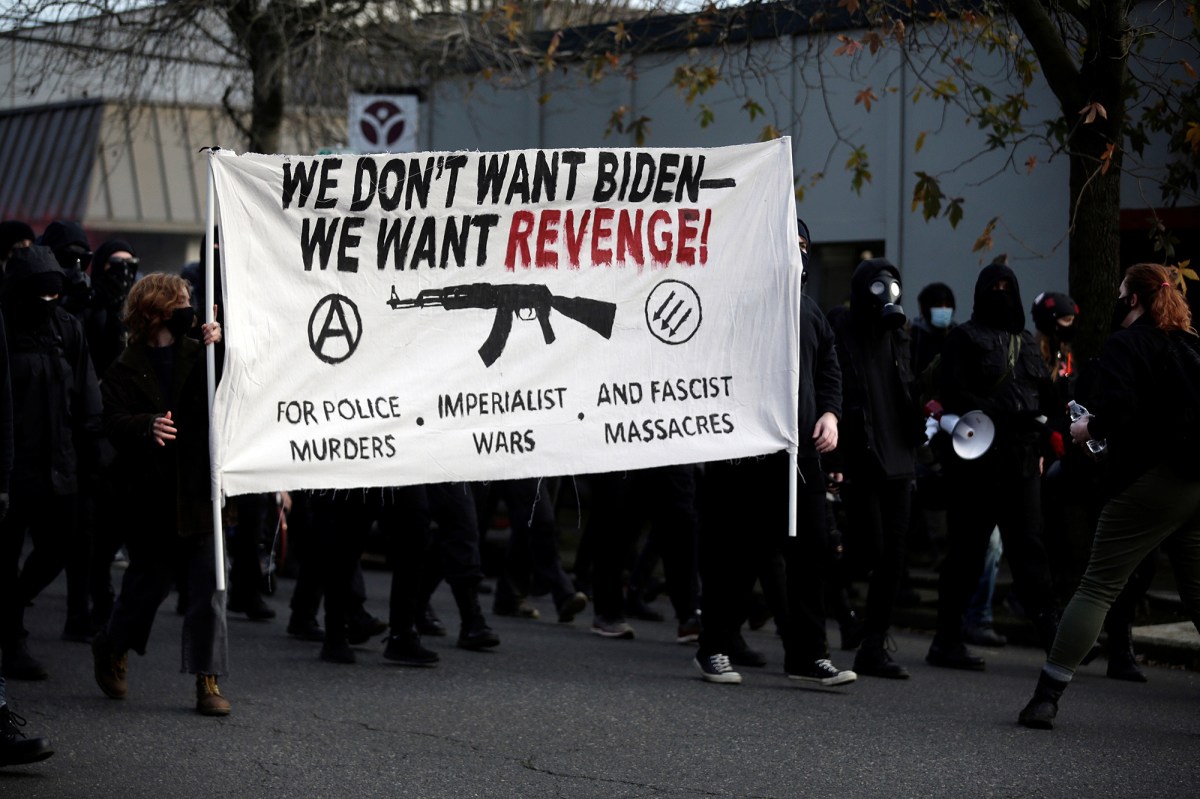 According to police and a local report, leftist protesters wreaked havoc on the streets of Portland on Wednesday evening, smashing windows at the state’s Democratic Party headquarters, shouting anti-police slogans.

Eight protesters were arrested in the northeastern part of the city as hundreds of black-clad protesters, Police Department said.

Police said some of the arrests were related to vandalism at Oregon’s Democratic Party headquarters, where protesters broke windows and toppled the building.

A defender was charged with “reckless burns”, Portland police said.

A local Fox affiliate reported that the protesters, who were marching against police killings and “fascist massacres”, threw debris at policemen and threw officers into the herd.

The same day protests erupted in the city, Democrat Joe Biden was sworn in as president in Washington, DC

A banner carried by the protesters emerged with an anti-message calling for “revenge” for the “police killings”.