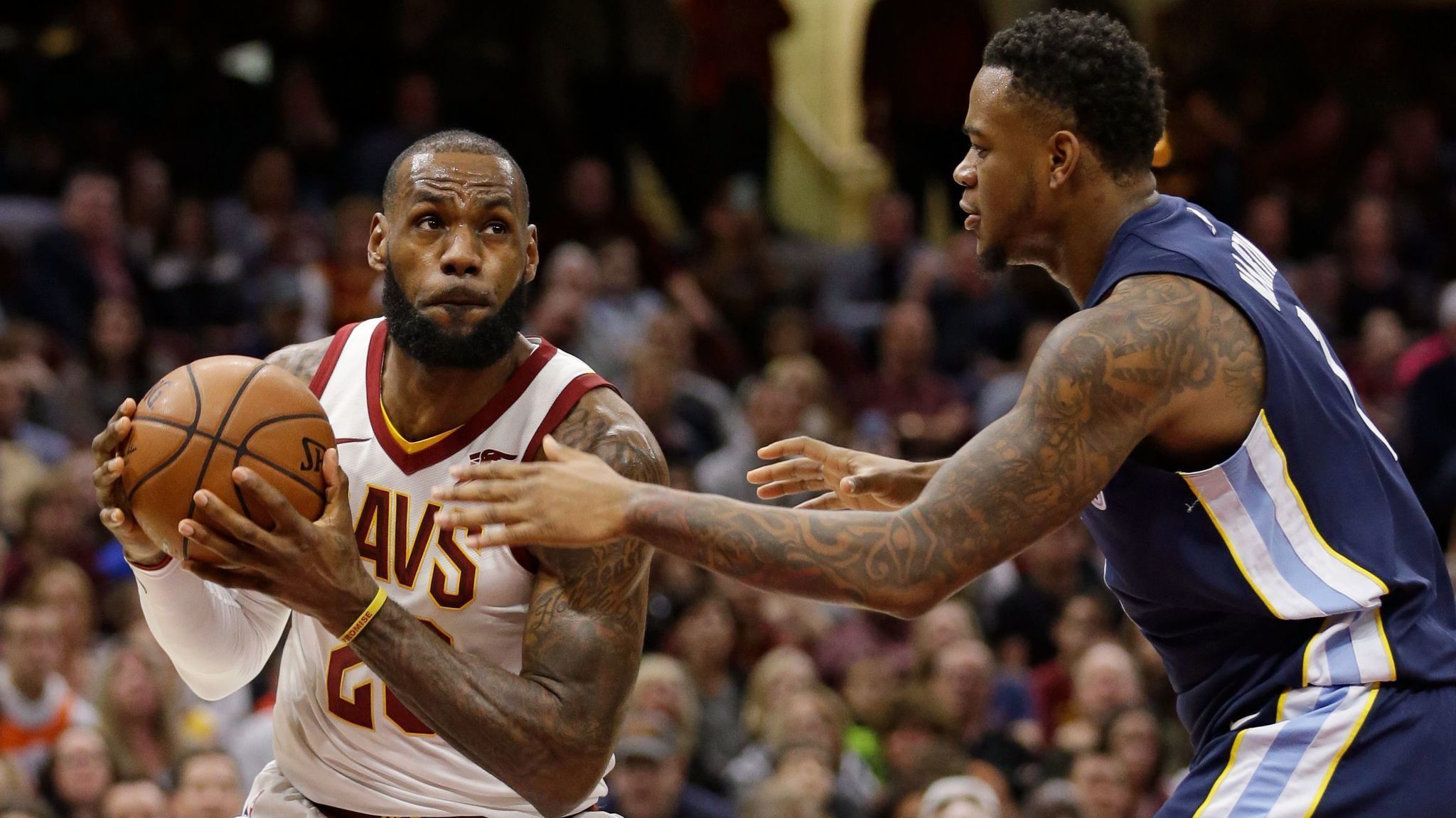 James scored 34 points, including seven in the final 1:22, as the host Cavaliers beat the Memphis Grizzlies 116-111 for their 11th straight victory.

"When it's winning time in the fourth quarter, my teammates want me to step up and do what I do best," James said.

The loss was the 11th straight for Memphis, including three since David Fizdale was fired Monday and replaced by interim coach JB Bickerstaff, but the Grizzlies nearly ended their streak in shocking fashion

Memphis trailed 91-72 beats in the third quarter, but rallied all the way to tie at 109 on Dillon Brooks' three-pointer with 2:10 remaining.

at Philadelphia 108, Detroit 103 : The 76ers' Joel Embiid had 25 points and 10 rebounds and got the better of Andre Drummond down the stretch in a matchup of trash-talking big men. Embiid drew the fifth and sixth fouls on Drummond and drew cheers as he waved goodbye to his fouled-out rival.

at Boston 116, Phoenix 111 : With Boston in danger of blowing a big fourth-quarter lead, Kyrie Irving stepped up again for the Celtics. Irving made a key three-pointer and a driving basket in the closing two minutes, helping Boston hold off the Suns.

Atlanta 114, at New Jersey 102 : Dennis Schroder scored 24 points and reserve Luke Babbitt had 20 for the short-handed Hawks, who got a rare road victory. Atlanta played without starting center Dewayne Dedon and rookie John Collins due to injuries.