Housing crisis .. Who inhibits the appetite of banks? 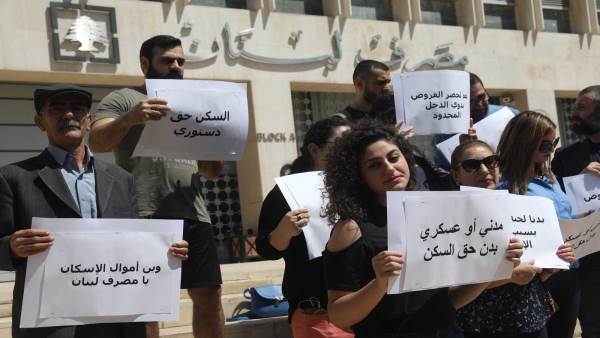 The housing loan crisis has been resolved in cooperation with the banks, which played a role in the scenes of the crisis and formed one of the reasons for stopping it indirectly by granting subsidized loans to non-eligible people with low incomes. Some loans touched 800,000 dollars. Currently, the subsidized loan crisis is a tax exemption for banks in return for subsidizing housing loans through the Public Housing Corporation. According to the proposed law on resolving the housing loan crisis, there is no specific amount of support since the law provides for only 5 percent of state-subsidized benefits through tax cuts to banks. Although there are no other solutions to the housing loan crisis at present, Criticism and observations of experts, was questioned by others. The first example of Professor of Economics at the American University, Gad Shaaban, is "the total abandonment of the state from its function of securing the basic requirements of citizens' lives and their permanent orientation to give the private sector a better idea of ​​the public sector."

In view of the fact that most of the banks are wholly or partly owned by the people of the Authority. He believes that it is not the responsibility of the banks nor their responsibilities to solve the crisis of residential ownership, but that the right to housing must go through integrated policies,

Shaaban is denounced To continue to involve banks in securing the basic needs of the citizen and control, "The support of education through educational loans, and support the productive sectors are through guarantees, and today, housing support will be directly through banks The result, according to Shaaban is that" the continued profitability of banks are always at the expense of people "

The most important concern of the proposed solution, according to economic expert Ghazi Wazni in an interview with the "cities" is that it gives the power to spend to banks What can open the appetite to give very large loans at the expense of public revenues of the state, Is a tax cut of support value. It is my weight that the granting of the validity of the expenditure of banks violates the principle of allocation of the law of the general budget, and control of the full file of housing loans.

Proposal for a solution to the crisis of housing loans subsidized Although many criticisms of the arguments of some of them realistic, but he received the approval of economist Jassim Ajja who In a talk to "cities" in a "logical" way, considering that banks are the only ones that currently have the financial capacity to lend to housing and others, but the biggest task remains for the regulatory bodies, specifically the Banking Control Committee, which has to exercise effective control and accurate,

Despite the indirect correlation between the interest of lending and the interest on deposits, banks have the right to leave a profit margin, but the control of the lending mechanism and the size of the interest and the ceiling limit, matters Or else the process of linking housing lending support to tax reduction for banks is purely a "deal."

Saudi and Dubai bourses plunged under pressure from banks, Qatar continues to recover

Sales of the Galaxy S9 phone is not good

Powered by https://tech2.org/lebanon | Designed by TECH2
© Copyright 2021, All Rights Reserved