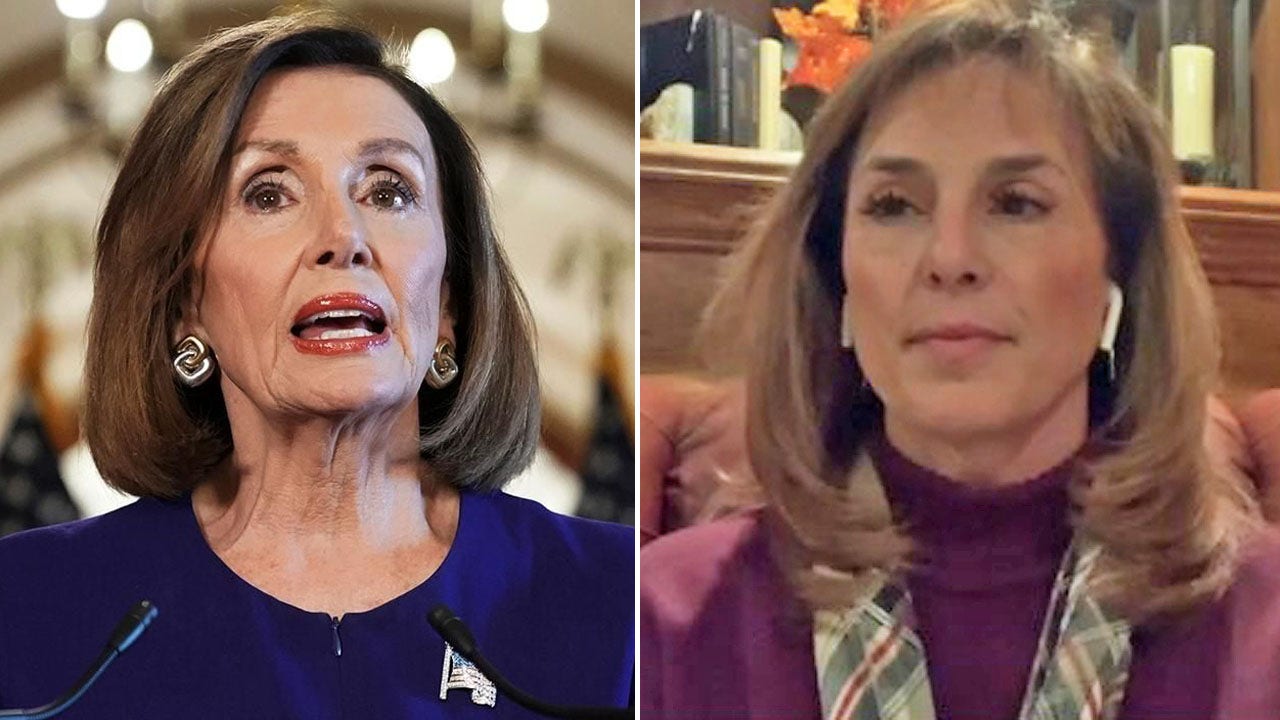 Rep. Lisa McClain, R-Michigan, called Nancy Pelosi Tuesday after the Speaker of the House referred to her as “that woman” and asked the Republican congresswoman to apologize for her remarks about the rep. Maxine Waters, Democrat of California.

“Speaker Pelosi, you need to learn this woman’s name and that’s Lisa McClain,” the Michigan representative said during an appearance on “The Faulkner Focus.”

McClain said Pelosi holds her party to a “lower standard” by defending Waters’ recent comments in Minneapolis, while Republicans such as Marjorie-Taylor Greene and former President Donald Trump faced varying degrees of consequences for her speech.

“The Democrats have set a standard and all I’m asking is Madam President, don’t you think we should both follow the same rules?” McClain asked.

GOP CONGRESSWOMAN TAKES OFF AFTER PELOSI CALLS HER ‘THAT WOMAN’

McClain said that despite Pelosi’s comments she will continue to fight to “expose” the double standards displayed by members of Congress.

The Republican congresswoman also criticized Waters outright, claiming that she found it difficult to “misinterpret” the California representative’s comments urging protesters to be more “confrontational.”

The exchange between Pelosi and McClain began after Waters visited a protest against police brutality in Brooklyn Center, Minnesota, on Saturday night, saying that protesters should “stay in the street”, demanding justice until reform is achieved. significant police force.

McClain appeared to reference Waters during a speech Monday on the House floor.

“Once again this weekend, we saw a majority member openly calling for more confrontation in a Minneapolis suburb,” McClain said. “That same night, there was a shooting from a vehicle … where the police and the National Guard were attacked.”

McClain added that if the roles are reversed and a Republican tells the protesters to “get more confrontational,” the majority of the House “would move to strip that representative from their committees and possibly move to expel them from Congress.”

“That woman on the floor should apologize for what she said,” Pelosi told The Hill on Monday.

McClain responded on Twitter, saying that as “that woman”, she would not “apologize for denouncing the double standards” established by Pelosi.

Pelosi said Monday that Waters should not apologize for her comments and called the criticism of her words “misrepresentation on the part of the other party.”

Audrey Conklin of Fox News contributed to this report.