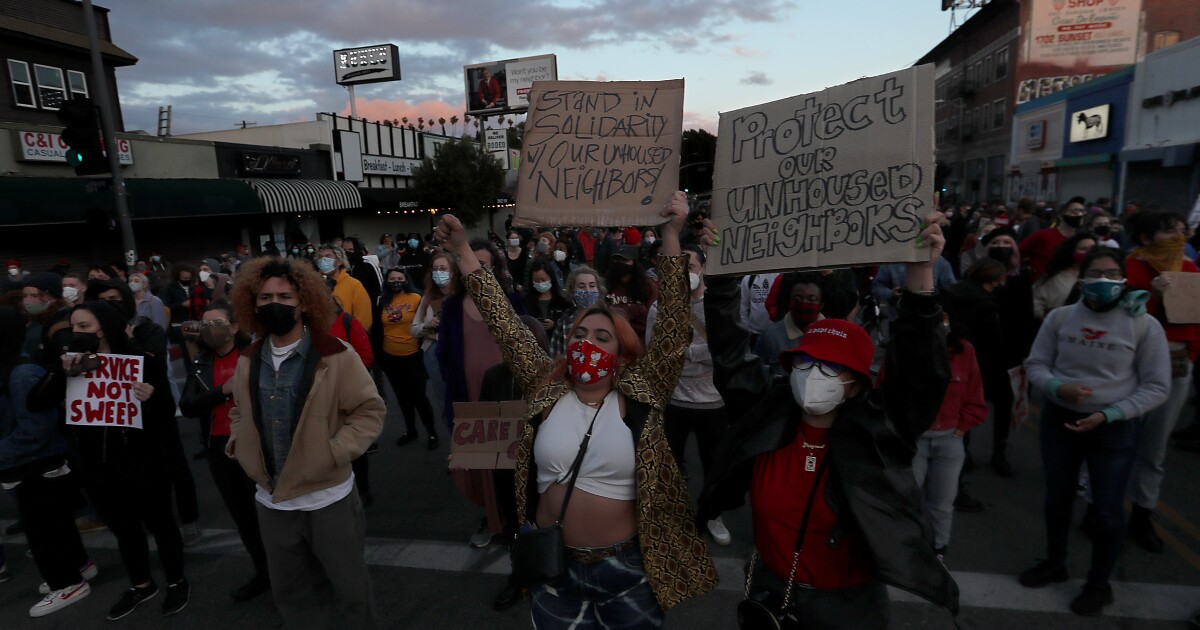 Los Angeles Times reporter James Queally was briefly detained by the Los Angeles Police Department while covering a protest in Echo Park Thursday night, according to video of his arrest posted on social media.

Queally was reporting on the protest for The Times when he was arrested. The protesters were also detained by the police, who had issued a dispersal order for the area.

After questions from the Times editors and his attorney, Queally was released. It was not immediately clear why he was detained, but police had issued a statement shortly before saying that the reporters were subject to dispersal orders in the area.

The Times’ managing editor, Kimi Yoshino, said the newspaper was outraged that Queally was being detained simply for doing his job. The Times immediately protested to authorities and was released without charge.

LAPD spokeswoman Capt.Stacy Spell said she was dispatching a communications supervisor to the scene to speak with commanders.

Before Queally’s release, Spell had said that if Queally – an award-winning court reporter for The Times – had done “nothing out of line” during the protest, then he would likely “dust himself off” and be released.

“I wouldn’t expect James to do something out of line, but we have to make sure that’s not the case,” Spell said.

“Journalism is not a crime, @LAPDHQ,” Pearce said in a statement. “Stop making excuses to arrest our journalists. You know who they are and you know they are there on behalf of the public. “

Queally helped write a recent story about the Los Angeles Police Department accusing another Los Angeles reporter, Lexis-Olivier Ray of LA Taco, for failing to disperse from a protest scene. On Thursday, Ray tweeted a video of Queally’s arrest, alerting other journalists and editors of the Times.