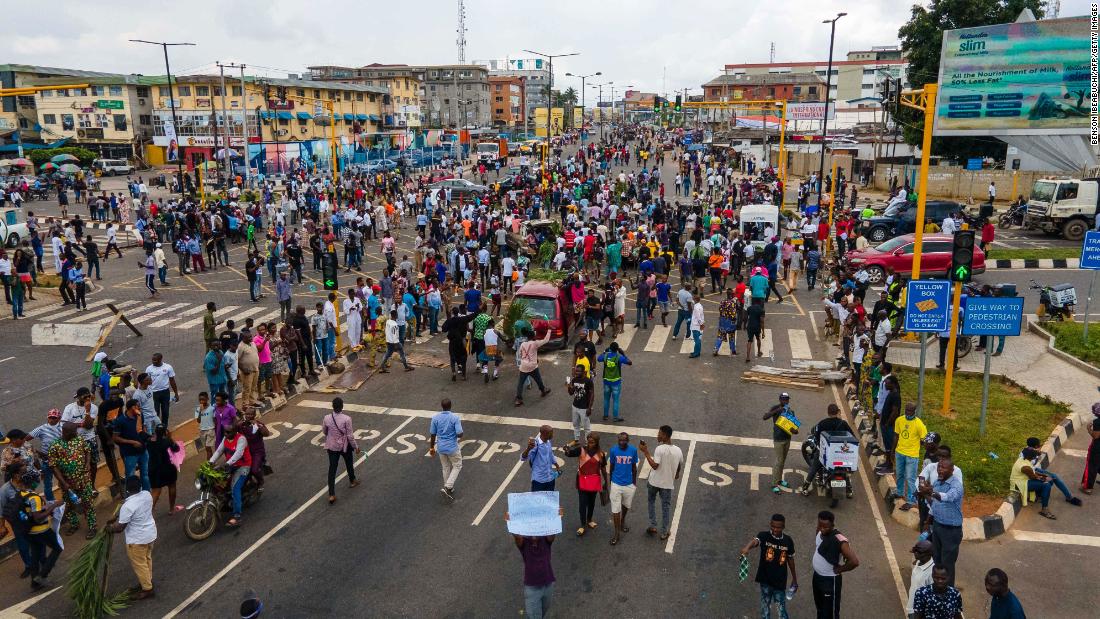 “Dear Lagosian, I looked back with shock at how what started as a peaceful #EndSARS protest has degenerated into a monster that is a threat to the well being of our society,” Babjid Sanwo-Olu wrote in a tweet, They announced 4 pm (local time) 24-hour curfew.

Only essential service providers and first responders will be allowed on the streets of Lagos, which has an estimated population of over 20 million.

State government on monday Said in a tweet It was closing all Lagos schools, urging students to use radio, television and online media to study how the Kovid-19 went through the lockdown.
The SARS was dissolved on 11 October and a new police unit will be trained by the Red Cross International Committee (ICRC) to replace it, Reuters reported on Monday. The protesters are demanding independent protection against the police and other safeguards including psychological evaluation of officers.

Amnesty International said in a tweet on Tuesday that “thugs and sponsored hoodlings” are attacking peaceful protesters throughout Nigeria. Current deaths are not known, but deaths and serious injuries have been reported since the weekend.

The human rights group said that a 17-year-old man died in police custody in Kano, a city in the north of the country, who was allegedly tortured. On the same day, several protesters and journalists in the capital Abuja were attacked by police and thugs. Videos on social media showed dozens of protesters’ cars burning and Amnesty International said three people were killed.

Another video shows a mass breakout of hundreds of prisoners from the Benin Correctional Center in Edo State in southern Nigeria. It is uncertain who to blame for the breakout, with protesters claiming it was staged by police. Nigeria Police Force said In a tweet The protesters extracted weapons and ammunition from the armory before freeing the suspects in custody and fixing the height of the facilities.

Edo State Governor Godwin Obeski imposed the curfew on Monday, tweeting incidents of barbaric incidents and attacks on private individuals and institutions by hoodlums under the guise of #EndSARS protesters.