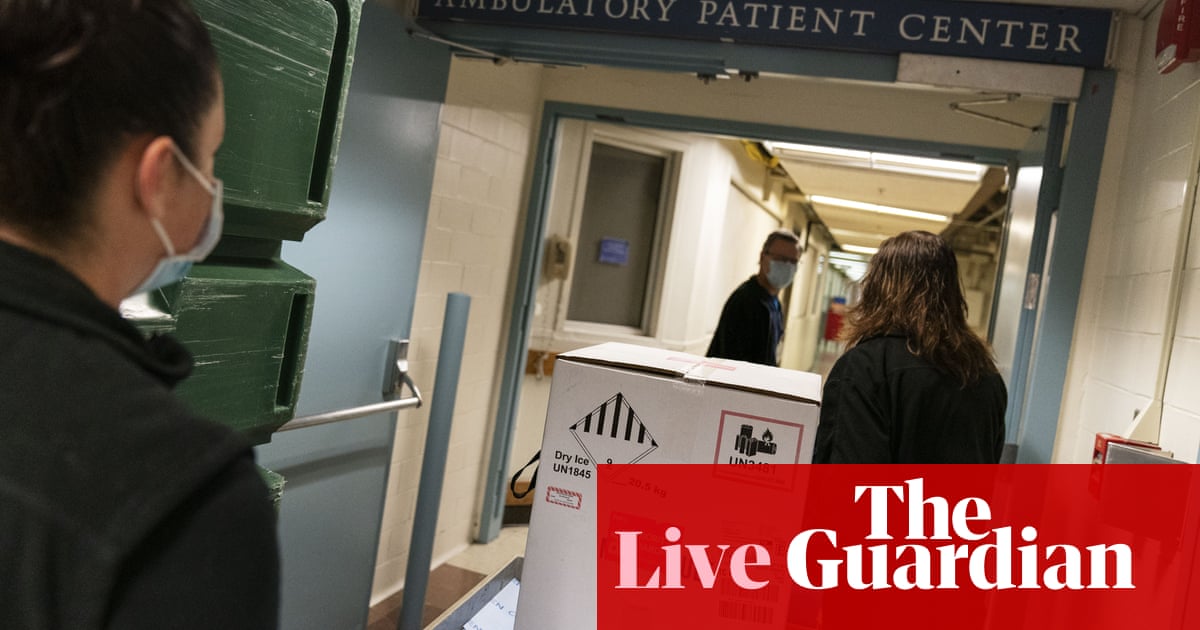 Lauren Nirgard reports for the Associated Press that for health care workers who, along with nursing home residents, will be the first in line for vaccination, the hope is to suffer from mourning and months of sheer exhaustion battling a coronary Which is still growing in America. Worldwide.

“This is mile 24 of a marathon. People are tired. But we also believe that it is finally in sight, ”said Dr. of Swedish Health Services in Seattle. Chris Dale said.

Packed in dry ice to stay at ultra-frozen temperatures, the first of nearly 3 million dosages shipped in staggering batches this week, trucks and aircraft nationwide Sunday from the Kalamazoo, Michigan, factory in Fife sent from. Once they arrive at the distribution centers, each state instructs where the dose should go next.

Some hospitals around the country spent weekend time tracking their packages, refreshing the FedEx and UPS websites for clues.

More of the Pfizer-BioNTech vaccine will arrive each week. And later this week, the FDA will decide whether to beat another Kovid-19 vaccine made by Modern.

Now the obstacle is not just doctors and nurses, but other high-risk health workers such as watchmen and food handlers to rapidly deliver the vaccine into the arms of millions of people and then give a second dose three weeks later.

“We’re also in the midst of a boom, and it’s the holidays, and our health care workers are working at an extraordinary pace,” said Soo Mashni, chief pharmacy officer at Mount Sinai Health System in New York City. In addition, shots can cause temporary fever, fatigue, and pain as they modify people’s immune systems, forcing hospitals to undergo employee vaccinations.

A wary public will watch closely to see if health workers embrace vaccination. According to a recent survey by the Associated Press-NORC Center for Public Health Research, half of Americans say they want to get vaccinated, while about a quarter do not and the rest are uncertain.

“Please people, when you look back in a year and you say to yourself, ‘Have I done the right thing?” I hope you are the director of the National Insurance Institute of Health. Francis Collins told NBC’s Meet the Press on Sunday, “Yes, because I can see the evidence.” “People are dying right now.” How could you possibly say, ‘Let’s wait and see. “