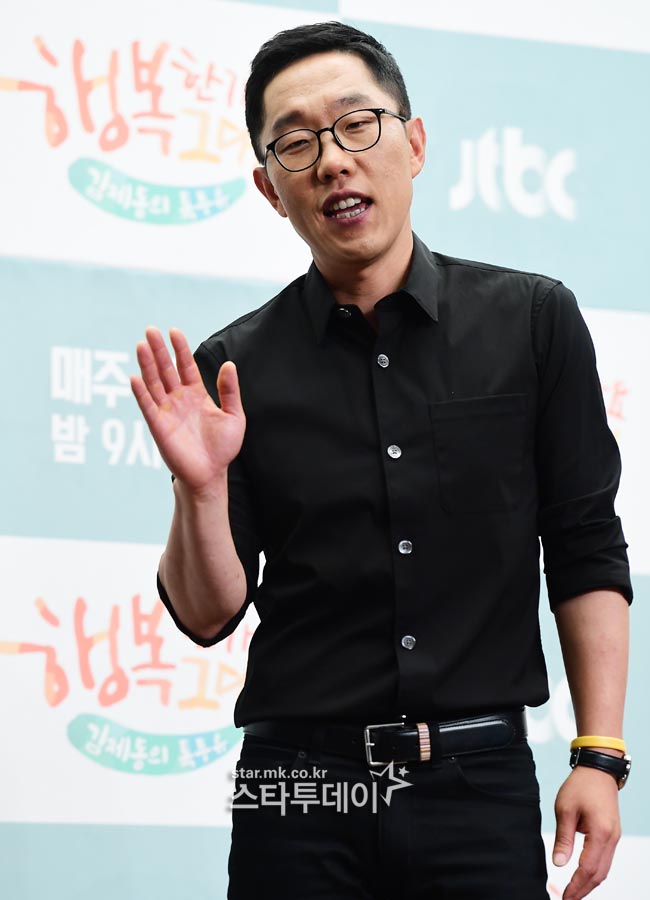 The news that Kim Jae-dong, a broadcaster, is in charge of the KBS news program was reported.

The KBS public union issued a statement on the 31st of last month titled 'KBS News anchor will be taken over by Kim Jae-dong?'

The public union said, "Since the inauguration of the Moon Jae-in administration, the left-wing people have been broadcasting KBS's main current affairs program, and this time, the news anchor,

Kim Jae-dong's current affairs program will be held every Monday to Thursday at 10 pm It is scheduled to be broadcast in about 30 minutes in the 11th period.

Kim Jae-dong has been an MC in many programs. However, there are various worries about the news that KBS will be in charge of the current program. There is a bias based on the political tendency of Kim Jae-dong, and the opinion that the news timing is harmed.

It is said that he will use Kim Jae-dong, a comedian from the comedian, to the news anchor.

KBS is scheduled to broadcast a new type of news program that PDs make on KBS1TV night between 10:00 and 11:00, and it is known that they are discussing the issue of programming.

However, the production of this news program is also called PD. In addition, the anchor of the program is not a reporter or an announcer.

Reporters from the reporters responded sensitively to reporters 'meetings by holding reporters' meetings. Rather than question Kim Jae-dong's choice of an anchor, it seems to be a vigilance for the involvement of PDs in the news area that reporters have been doing.

PDs claim to be current events rather than news, but reporters seem to judge them as news.

However, what is worrisome is not the problem of invasion of the subject-matter domain, but the question of fairness, objectivity, balance, and also of partiality.

In the days of Roh Moo Hyun administration, KBS has produced a news program with the title of 'Sisa Tonight'. At that time, however, the program was known more frequently than the content of broadcasting.

It is pointed out again that KBS may fall into the controversy of that time. As Kim Jae-dong's Anchorman reveals, there is a concern that KBS will not be producing fair, objective news again, but will create a bias-oriented news program focused on a specific camp. In addition, the chief executive officer of the news program, PD, has created a controversial program called "There is no evidence that the Cheonan is a North Korean act."

The protests of the viewers are continuing due to bias and distortion of KBS news and programs.

Now, viewers are regularly coming to KBS to protest. In this situation, if KBS strengthens the bilateralism rather than the fair report, it is only a shortcut to the KBS breaking down and betrayal of the whole people. KBS might be ridiculed as 'news is like gag and comedy'.