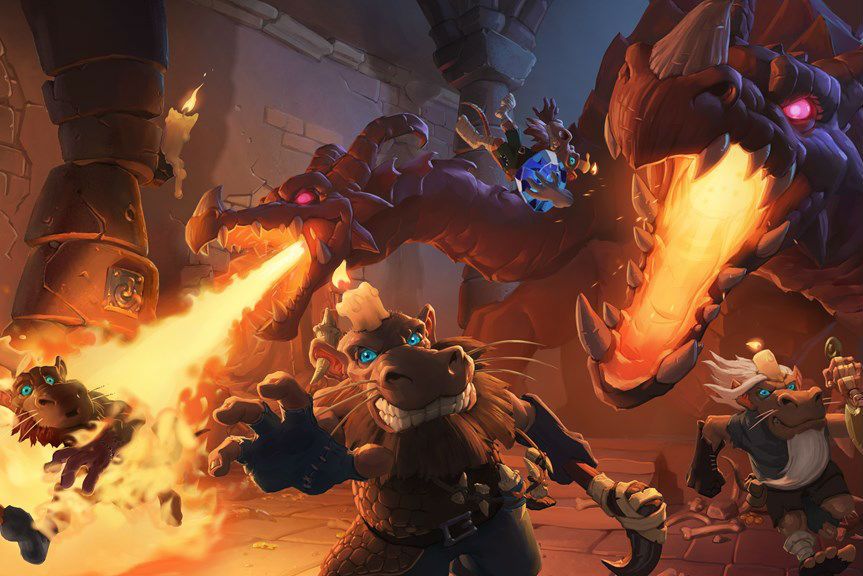 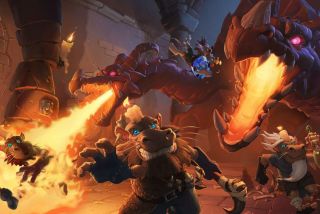 Kobolds & Catacombs, which was launched today in NA and in the EU, will have a major impact on Hearthstone. It contains some of the strongest letters in recent memory (perhaps never), and some of the most complicated ones. He is giving each clbad a weapon for the first time. And it comes with Dungeon Run, a single player mode, free and personalized. The dust around the set is still settling, so it is not clear how much its impact will be concentrated on the immediate goal, or whether it will be extended to future expansions. Either way, Kobolds & Catacombs will definitely be an expansion to remember. 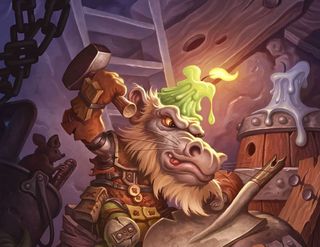 From Spellstones to Spiteful Summoners, these are five cards from Kobolds and Catacombs that we believe will be surprise hits.

Everyone wonders if how K & C will shake the goal of the long-established priest and druid. That's certainly possible, but Priest received some of the strongest cards on the set, and Jade Druid did not lack anything either, so the change will not be easy. Many new cards are also in the unfortunate position of being compared to media such as Bonemare, which can make changes difficult to justify.

Many cards with the new keywords are among those that struggle to excel. There are not many head changes in Spellstones, Unidentified Objects and Recruitment Letters. The meekness of Recruit was especially surprising given his predecessor: Barnes, who has terrorized the staircase intermittently for years. According to senior game designer Peter Whalen, that's not accidental: learning from Barnes was essential to balance Recruit.

"One of the things we learned with Barnes is that we want some of those moments that are super exciting," Whalen said. "And I'm still going to have great minions in the game, but we want to delay them a bit, that turn point six seems to be the sweet spot to feel that your opponent had time to develop answers, you've had time to find your cards and understand how it's going to play the first game. " 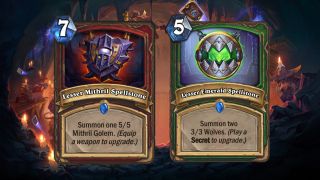 The spell stones have a bit more bite. Jasper Spellstone gives Druid a better removal of minions and can push a Druid of Miraculous Jade, the healing of the Warlock Amethyst Stone should not be underestimated, and Jesse recognizes that the Hunter's Emerald Stone and the Warrior's Mithril Stone you can surprise us In the same vein, the unidentified Elixir will be good at Priest because the fans are good at Priest. That said, I'm more concerned about the decks on which they're going to fall.

First impressions for Hunter, Warrior, Shaman and Paladin are medium to weak. They got some base cards that could set interesting archetypes once they have another expansion under their belt, but mostly the clbades have a lot of average stuff. And the average of things is not reduced in a Bonemare, Jade Idol, Shadowreaper Anduin goal.

But there are some letters that could overthrow Priest and Druid. Warlock, Mage and Rogue got a lot of powerful things that have already been developed. Kobold Librarian, Vulgar Homunculus and Hooked Reaver are strong tools for Zoolock; Aluneth could give Burn Mage the engine he needs; Dragon's Fury and Dragoncaller Alanna can inspire Big Spell Mage; Fal & # 39; dorei Strider is a new and powerful tool in Miracle Rogue; and Kingsbane and Cavern Shinyfinder may be enough to build Weapon Rogue. 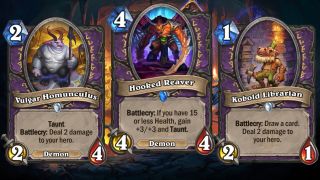 Zoolock will exist as long as there are cheap and efficient minions. That is a fact. And while Zoolock is strong against Druid, I think Mage and Rogue have a better chance of rocking the boat, particularly Burn Mage powered by Aluneth and Miracle Rogue full of spiders. Razakus Priest does not execute much healing and fight against Ice Block, and Burn Mage does not care about the state of Jade Druid's board. And historically, Miracle Rogue is good against Priest and Druid.

But just as there is a real potential for decks such as these to exclude the best clbades, there is also room for the latter to evolve. Between Twilight Acolyte and Duskbreaker, Blizzard has practically forced us to Dragon Priest. He's going to be strong, and Dragon Priest is good against the clbades that Priest normally fights with, including Rogue. Razakus Priest also won a powerful new board in Psychic Scream. Likewise, Twig of the World Tree and Ixlid, Fungal Lord may be the keys to a crazy combo druid, and Branching Paths will only make existing Druid decks more consistent. 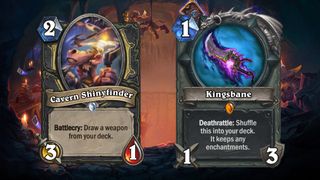 My point is that there are many dice in the air. One way or another, great things are about to happen. And while it's easy to badume that Priest will only become more dominant, it's a lot more fun to be optimistic. Which is basically what we hear from Whalen, who said he's quite satisfied with the current goal.

"With the new expansion that comes out, things are going to change," Whalen said. "Things always change when something new comes out, we'll see what the metagame changes are, and if necessary, we'll act accordingly." The metagame is actually quite impressive at this time, we see a number of decks on the top level that are different and they play differently, we're really seeing the metagame constantly evolving, Big Druid just came out as the ramp druid and it's very powerful, and that's great to see in. We see the aggressive Rogue decks, see the Priest decks. options on how they can play. " 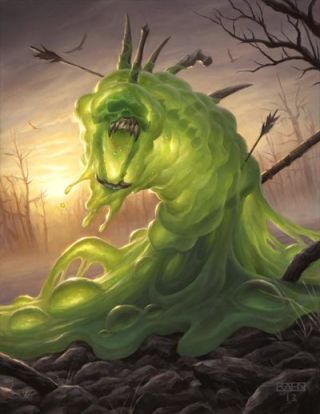 Acidic Swamp Ooze has been a basic technology card since Vanilla Hearthstone. Along with Gluttonous Ooze, Harrison Jones and even Pooonous Swamp Ooze, it has the potential to block new legendary weapons.

Regardless of how viable they are, all clbades will have even more options to move to K & C. Legendary weapons are a big part of that. Aluneth is an extreme example, but even letters like Rhok's delar, Hunter's inflexible legendary weapon, ask big questions. That said, the most important question is whether the family of gun oozing cards will ruin all the fun. Whalen, for example, is not so worried.

Whalen also rightly pointed out that some weapons are better against exudate than others. Aluneth and Rhok delar gain immediate value, and Kingsbane and Val-anyr are recurrent threats. In contrast, Woecleaver and Skull of the Man & ari are very vulnerable to the destruction of weapons, which only pushes them towards the totem. And personally, I hope we have bigger problems against technology than weapons.

However, powerful cards are not the only reason why K & C is so exciting. It also has some of the most complicated cards in history, which shows that Blizzard feels more comfortable with the impression of complex effects. Rin, the First Disciple, would never have been printed two years ago, and neither would Master Oakheart. Of course, Rin is too slow for words and Oakheart is still in the theoretical elaboration stage, but the fact that they exist is a step forward. It means that we can see more letters in layers and nuanced in the future instead of just lots of larger statistics.

And if we talk about promising precedents, Dungeon Run is the king. It's not just complex; is head to shoulders on all the previous content for a player. Hard mode The heads of adventure do not even compare. Dungeon Run was designed to be played over and over again, and according to Whalen, it was designed to be difficult.

"These days, the designers who have played the most can make six to eight bosses," he said. "We made it a little bit harder right before the shipment, so that number could go down a little bit, we're targeting very, very good players to do about six on average, maybe seven, and that means they'll win a number. Sometimes, but we would like you not to win every time, you will have the chance to try strange and strange things … If you want to build the whole Pyroblast deck, more power for you "

Dungeon Run is also the home of some crazy cards and complex not collectable. Doubling your health and launching infinite Pyroblast are daily activities in the dungeon, and the large number of unique treasure cards on offer suggests that you will not be outdated for a while. Like the new decks that K & C will inspire, Dungeon Run is a new way and a new reason to play Hearthstone, and that's exactly what the game needs right now.