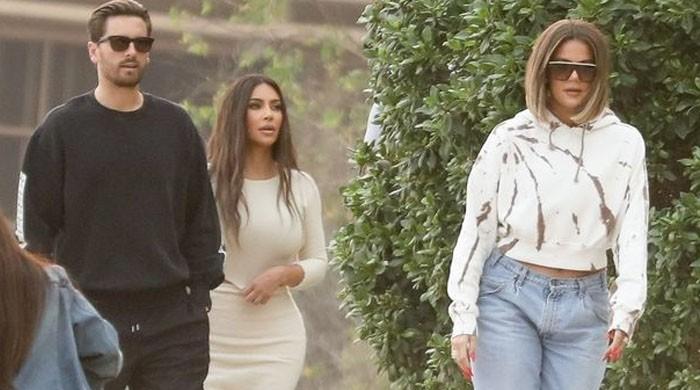 Kim and Khloe Kardashian get tense for the new scenes of ‘Keeping Up with the Kardashians’ with Scott Disick.

The reality stars sisters were photographed walking on the beach in Malibu with Scott Disick as they filmed for the next season of their hit show.

The trio reportedly appeared tense during filming for the upcoming seasons of the long-running show. Kardashian shocked fans last week when she made a bang-up announcement about the show’s ending.

According to the announcement, the show will begin in 2021 after 20 seasons and after 14 years on the air, it is not currently known whether two more seasons are to be filmed or if the upcoming episodes will be relabeled as season 19.

Scott, 37, plays with black shorts, a jumper and trainers he used to walk with his former Courtney Kardashian’s sisters. He combed his hair and wore a pair of designer sunglasses to give his beautiful look.

The 39-year-old Kim flaunted her smashing look with a tight maxi-skirt and long-jumper, enough to give a glimpse of her bare stomach and back.

Khaloe, 36, looked cool in a pair of baggy boyfriend jeans and a small white ax.