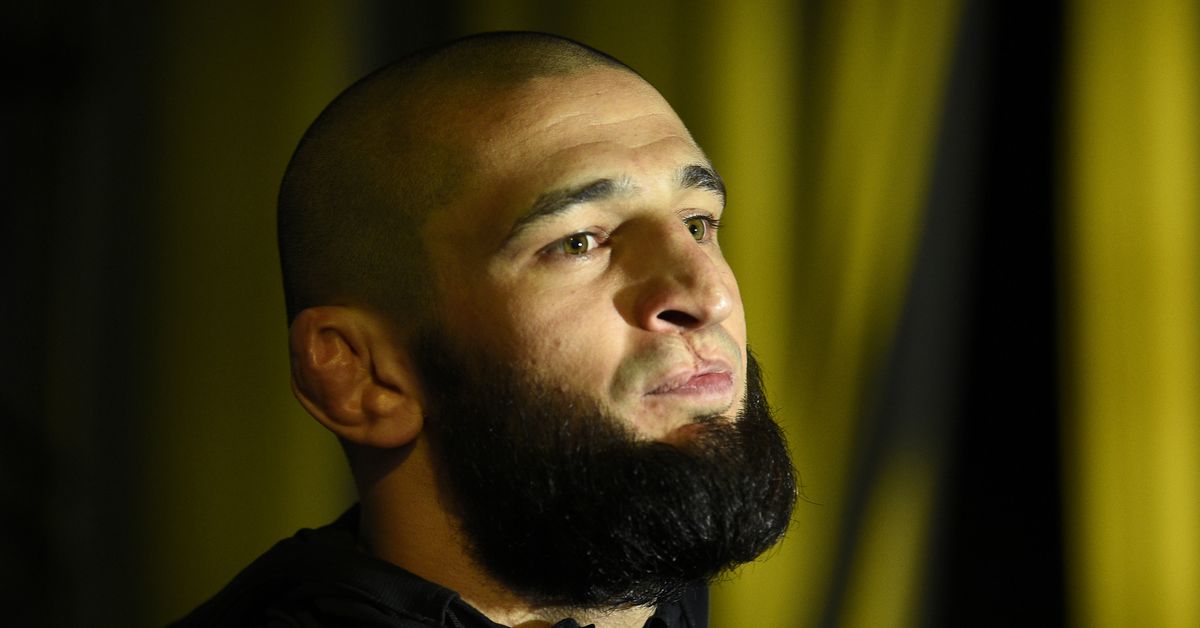 Khamzat Chimaev appeared to announce his retirement from MMA three weeks after persistent COVID-19 symptoms forced him to withdraw from UFC Vegas 21. But UFC President Dana White said the rising UFC welterweight star has is gearing up for a comeback in June.

Chimaev wrote on Instagram (translated from Russian): “Thank you all very much for supporting me on my journey in this sport. I think I’m done. “He added that while he did not win a title,” it is not the most important victory in this life.

“It may bother you, but my heart and body tell me everything,” he wrote.

Chimaev later posted a photo on his Instagram story that showed a spray of what appeared to be blood in a sink.

“The main thing is that I do not know what this disease is, but it is not easily survived,” he wrote in a translated message on Reddit.

Several messages to Chimaev’s management and the UFC were not immediately returned. But White subsequently told MMA Junkie that he had spoken to the fighter and clarified his plans. The UFC recently brought Chimaev to his hometown of Las Vegas for treatment, and White said the fallout from his recovery prompted the apparent retirement position.

“When he got here, the doctors treated him and prescribed prednisone, which is a bloody, nasty steroid,” White said. “So he’s on prednisone, and he’s supposed to take this and relax, relax, and recover. He came in and he fucking trained today, he felt like shit, he got really excited and posted that.

“He’s not supposed to be training, but you know, this guy is a savage. He wants to fight like all damn weekends, and now he can’t even train so he just got excited and posted that, but he won’t quit. “

According to his representatives, Chimaev has been hospitalized several times after suffering multiple health problems and receiving antibiotics for bronchitis. In a behind-the-scenes video, his manager, Majdi Shammas, said the fighter started coughing after two rounds of work in preparation for the March 13 fight in Las Vegas. Later he was transferred to a local hospital; Shammas said the fighter later told him that he thought he was going to die.

In announcing Chimaev’s scratch, White said the 26-year-old star was suffering from a problem with her lungs. It was the third time the fight had been called off after a positive COVID-19 excluded Edwards from a UFC Vegas 17 reserve and complications from the virus ruled Chimaev out of UFC Vegas 19.

“They flew him here so we could take care of him,” White said. “We take care of it. They gave him medication. It’s going to be fine, go in and start training. He’s not supposed to be training and he’s very frustrated.

“He’s training when he’s supposed to be resting. You have to stay away, at least while you are taking this medicine. “

Chimaev, a product of the Allstars Training Center in Stockholm, rose to UFC fame on Fight Island, where he regained back-to-back welterweight and middleweight knockout victories in a span of 10 days. He followed that two months later with a shocking one-shot knockout of Gerald Meerschaert that had him shortlisted as a future title challenger.

The fight against Edwards, a standout welterweight in an eight-fight winning streak, appeared to be the gateway to contention for a fighter who captured the attention of fans around the world.

Chimaev’s health problems underscore a sudden reversal in the fortunes and severity of the virus, which has claimed more than 2.5 million lives and left many “long-haul carriers” with debilitating symptoms that prevent them from resuming service. normal life.

“I want to thank everyone for supporting me on my journey in this sport. I think I am done, yes, I know I did not take the belt, but it is not the most important victory of his life, it may bother you, but my heart and my body tell me everything. I want to thank my team. [Allstars Training Center]. I want to thank the UFC. “