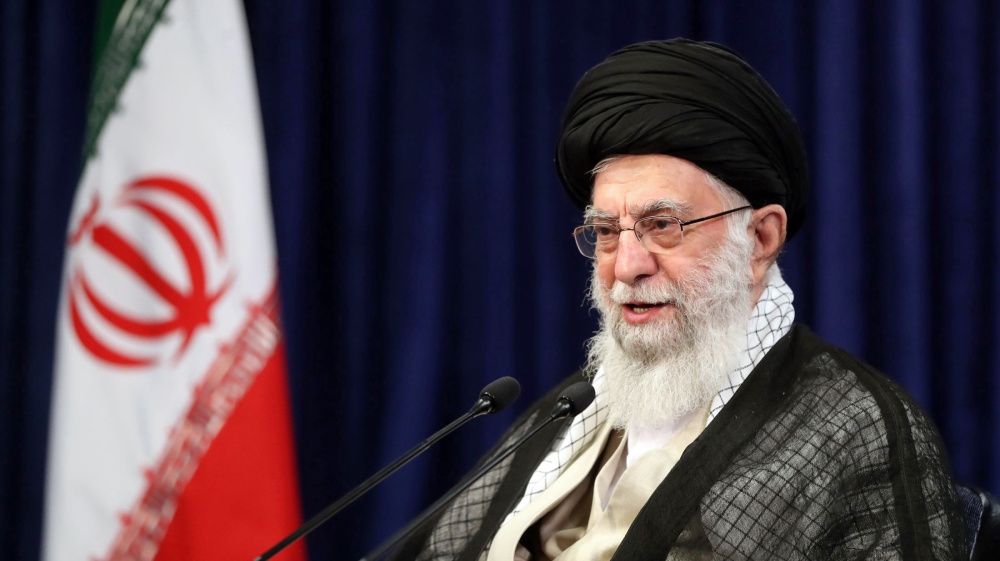 The United Arab Emirates betrayed the Islamic world and the Palestinians by reaching an agreement toward normalizing relations with Israel, Iran’s supreme leader Ayatollah Ali Khamenei said in a speech.

Palestinians have fiercely opposed normalization as weakening the traditional Arab refusal to establish relations with Israel before the establishment of an independent Palestinian state.

Arab support in the past had some advantages for Palestinians in peace talks with Israel. Palestinians staged public protests and angrily lit the UAE flag.

Khamenei said, “Of course, the betrayal of the UAE will not last long, but this stigma will always be remembered. They allowed the Zionist regime to enter the region and forget Palestine.” “Emirates will be reviled forever … I hope they wake up and compensate for what they did.”

Iranian authorities have strongly criticized the United States-Brocade deal between the United Arab Emirates and Tehran’s long-term enemy Israel, with some officials warning the UAE and Israel that they are promoting the risks of close ties in the Middle East.

Foreign Ministry official Jamal al-Mashraq said, “The path to peace and prosperity is not from provoking and spreading hate speech.”

“Such rhetoric is hostile to peace in the region.”

Israel and the UAE expect economic gains from the deal, the first such accommodation in more than 20 years between the Arab country and Israel that was largely forged through a shared mistrust of the regional enemy, Iran.

Palestinians were frustrated by the UAE’s move, worried that it would undermine a long-standing Pan-Arab situation that led to the withdrawal of Israel from the occupied territories and the Palestinian state’s normal relations with Arab countries. Was asked to accept in return.

Imrati officials have attempted to end the pact being made in return for Israel, suspending its plan to annex a large part of the illegally occupied West Bank, but Israeli Prime Minister Benjamin Netanyahu Stated that the annexation was only temporarily off the table.

The UAE foreign minister recorded a message for Palestinian expatriates living there on Monday, the day of the first commercial flight between Israel and the Emirates.

Sheikh Abdullah bin Zayed Al Nahyan stated that he wanted to reassure the Palestinian community about his country’s commitment to “establish an independent Palestinian state with East Jerusalem as its capital”.

“We will continue to support the Palestinian cause based on our historical stance that stems from a deeply rooted, unshakable faith that will never change as a result of any thought.” Sheikh Abdullah said.

On Saturday, the UAE announced that it was ending its economic boycott of Israel, with officials from both countries saying they are looking into cooperation in defense, medicine, agriculture, tourism and technology as part of the deal.

The UAE is the third Arab nation after Egypt and Jordan to establish diplomatic relations with Israel. Unlike the two other countries, the Gulf state does not share a border with Israel.

In recent years, the UAE held quiet talks with Israel and allowed the Israelis with a second passport in the country for trade and negotiations.

The Trump administration has tried to collude with other Arab countries to join Israel. Israeli officials have publicly mentioned Oman, Bahrain and Sudan as countries that could follow suit.

But in a statement earlier this month, Sudanese Prime Minister Abdullah Hamadok told US Secretary of State Mike Pompeo that his government had no mandate to normalize relations with Israel at this time.