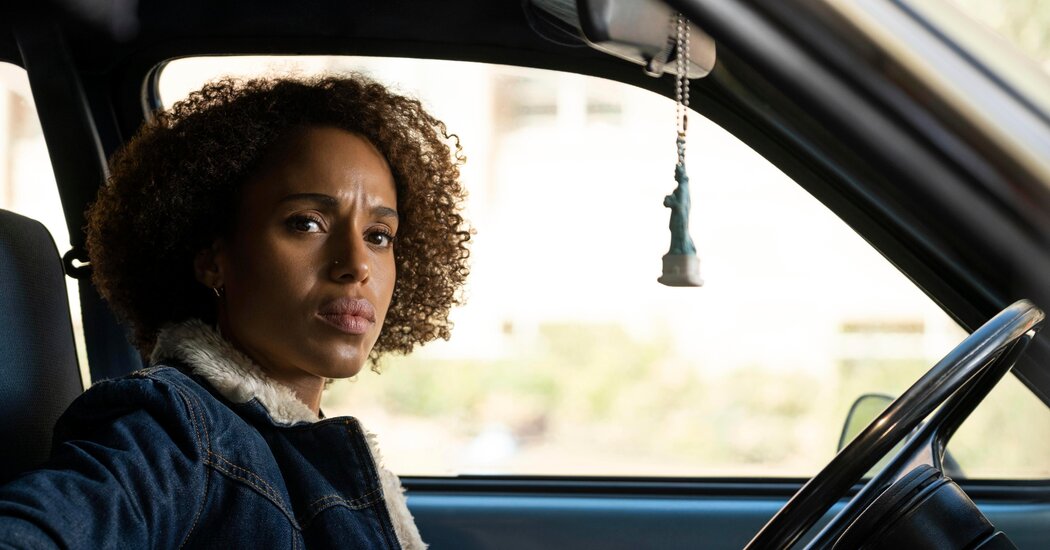 Kerry Washington’s most visible appearance on Tuesday was Amy’s nomination for her lead role as Mia Liren, a revolving artist and mother of a teenage daughter in “Little Fire Everywhere”. But the glimpses of that acting were just one piece of a big morning for Washington all around, a lot as a producer.

“Fire”, of which Washington was an executive producer, also received a nomination for Best Limited Series or Film. And two other nominated projects showed the increased reach of his new production company, Simpson Street.

The Netflix adaptation of the Broadway drama “American Son” received a nomination for Best TV Film. (Washington also plays a mother in the film, who awaits news about her missing son at the South Florida Police Station.) “Live in Front of a Studio Audience”, which has featured the Norman Lear sitcom since the 1970s Restore, was nominated for Best Variety. Washington was an executive producer on both.

Washington took a moment on Tuesday to discuss her four nominations, going back to the way she worked during the epidemic, and her nominee’s actions include messages that align with the national debate on racial justice.

Three projects you made executive received an Emmy nomination this year. how does that feel?

Mad. Real. I say, the thing that matters most to me this morning, the thing that really makes my heart swell is Lynn Shelton’s nomination. I am very grateful that the academy has honored him in this way. It is very worthy. At a time when women’s voices are so important in directing and producing, to really honor them, in their demise, for their extraordinary work on our show, is just so meaningful. I just keep thinking about it so passionately. [Shelton died at age 54 in May.]

It’s striking to me that three out of four of your nominations are for executive producer roles, when I think American television viewers know you primarily as an actress. What to say about where you are in your career right now?

We actually placed a wager on ourselves by such diverse producers. It’s exciting because I’m really drawn to doing different kinds of work, and I really like producing, so it’s exciting for a company to be accepted that way.

Loved doing two roles on “Little Fair Everywhere” – to be the lead actress and to oversee the project as executive producer.

This is exactly what I know. I entered the world of production as an actor-producer. Our first project was “Confirmed” for HBO, and I was a producer and actor at that. It’s fun for me when I’m building and not into it. It is a fun feeling.

In terms of planning new projects during the coronavirus epidemic, how far can you plan, given the uncertainty in the entertainment industry?

Filming is happening. People are really starting to work on different protocols. We almost finished “The Promo” for Netflix with Ryan Murphy when the shutdown took place and that’s why we’ve been working on it recently. Innovation is happening there. People are really trying to figure out how to get back to work safely. We will be part of that effort to explore best practices and ensure that we are advancing people’s health beyond the business, but are looking for ways to get back into business and enable people to support themselves to happen.

Are you on set yet?

I haven’t. I’m only remote from home filming stuff. But we understand how to proceed.

Is the idea of ​​going back to a set anxiety a catalysis, or are you ready?

Can both be true? You are seeing people all over the country who want them to live in the community and work and spend their lives. But the virus is really scary and should be taken seriously.

“Little Fair Everywhere” began between two major national moments. When it began, it was epidemic; Then after the series ended, it led to the murder of George Floyd in police custody and protests for racial justice. Do you think that all kinds of discussions around the country and about racism and racial justice resonate with the issues in the show?

I say, in some ways, “American Son” deals with these issues in a much more direct way. That material is really about the value of black lives in the face of police violence. It was really interesting that the film could be traced back to people’s consciousness and conversation as this real awakening revolved around the movement for black life.

One of those topics – particularly the unconscious bias and microgravity and modularity of reaching for the ’90s look – has been explored in a lot of “Little Fire” in a way that I think actually Are important. That was Lauren Nestader and Reese Witherspoon – my dear, dear friend – they had the idea of ​​casting me as Mia and producing this project together. [Neustadter and Witherspoon were also executive producers.] He opened a landscape. In the novel, Mia is racially ambiguous. But by making him African-American in the 90s, we were actually able to bravely move into the narrative realm which was exciting.

The casting opened so many doors in the story that the book did not work.

It is ridiculous that you say this because I always describe the role of habituation. We work with a lot of authors on a lot of specialized content. I always say, when you develop literature it seems that you are all going to the same room, but changing it to a visual medium allows you to open those drawers and dig inside.

I was listening to “Code Switch” on NPR and they had a whole case On this idea of ​​a “Karen,” or a white woman, and he mentioned Ritten Witherspoon’s character as Karen, the prototype of “Little Fire”. Do you agree

I’m no Karen expert, but it feels right. But I think one thing that’s extraordinary about this show is Reese’s performance. By simply labeling that social phenomenon as “Karen”, it required a level of stereotyping that could be reductive, and what Reese did was actually taking so much humanity breath in that perspective, We understood it, that we can unpack it. We can be invited into this and it can actually be investigated more. I think his performance is so beautiful because it requires a level of nuance and his character’s commitment to humanity that I think was artistically heroic.