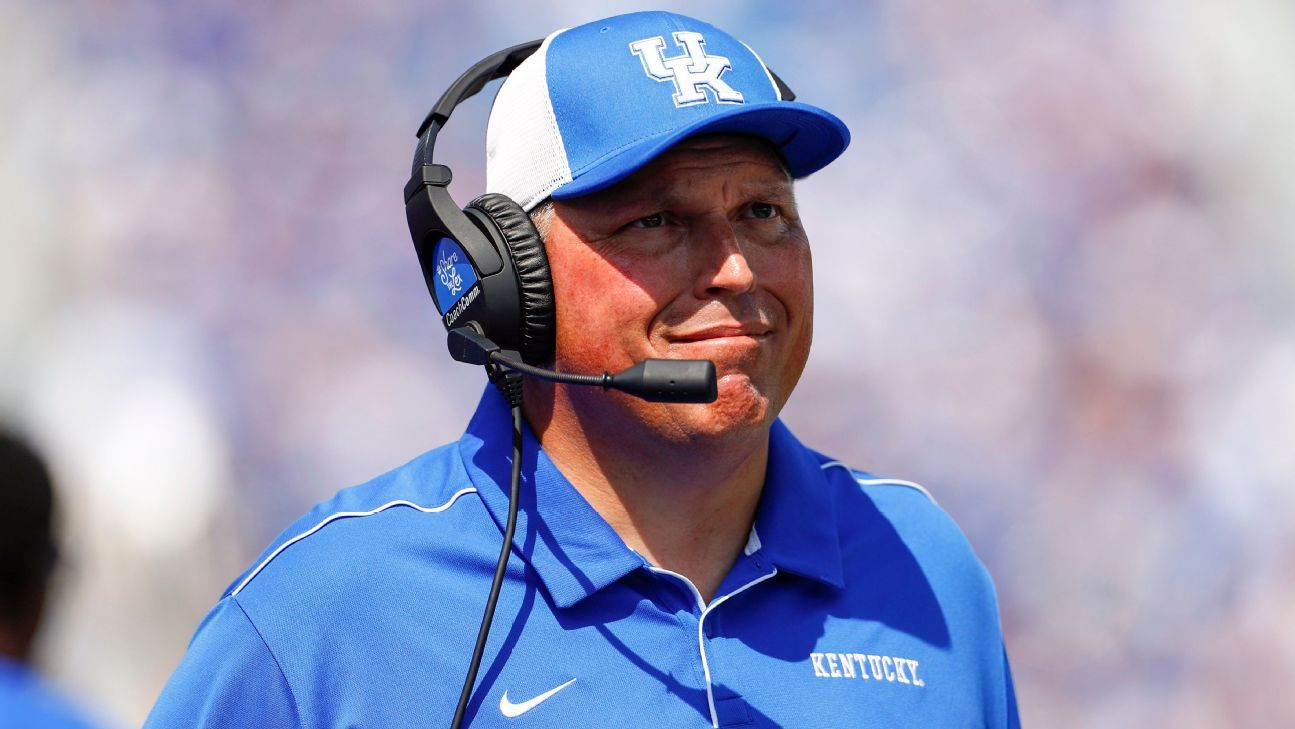 Kentucky offensive line coach John Schlarman died Thursday after a prolonged battle with cancer. He was 45.

Schlarman was beloved by his players and fellow coaches. He served as an inspiration, continuing to work through the diagnosis of colangiocarcinoma, a rare cancer of the bile ducts more than two years ago. He rarely missed a practice, stopping back and forth from Lexington to receive treatment at MD Anderson Cancer Center in Houston.

Drake Jackson, an incisive offensive lineman, told ESPN in March that Schlarman was – and remains – the funniest person in the building.

“He has a charisma and a work ethic, which all coaches strive for,” Jackson said. “He’s just a complete person. It’s not fake. It’s not artificial.”

Stopes said Schlarman’s nickname, “The Great American,” was a testament to how much he liked it.

“I am distraught to learn of the death of my friend John Schlarman,” Stopes said in a statement. “My prayers go out to Lina and the children, Joseph, Benjamin, Matthew and Evelyn, through this difficult time.

“John was everything we strive for to be honest, strict, fair, respected. Kentucky football wouldn’t be the same without him but his legacy would never be lost. He was a fighter and we honor our warrior every day Will try. Soul. “

Schlarman’s offensive lines were the best in the SEC. He was a semifinalist for the Joe Moore Award in 2016 and 2019, which is awarded to the country’s top offensive line.

“The UK athletics family is deeply saddened by the death of John Schlarman,” said UK athletic director Mitch Barnhart. “Over the past two years, she has been an incredible inspiration. She taught people how to live and showed us all what it means to be courageous.

“John was a great husband and father, teacher and leader. He will be remembered for his love for his family, dedication to his players and his excellence as a coach. Our prayers and heartfelt condolences to his family and all Is. Knew and loved him. “