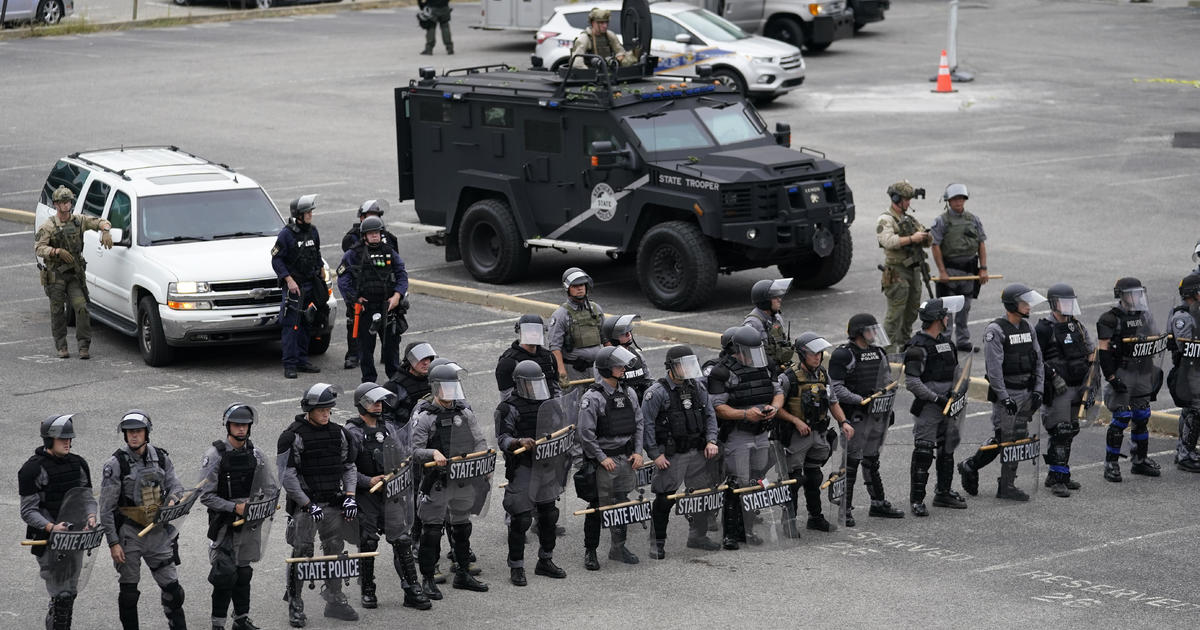 A bill pending in the Kentucky Senate would make it a crime to insult or taunt a police officer during a riot. Supporters say the bill targets people illegally “crossing the line,” but opponents call it a brazen attempt to crush the protests and a violation of First Amendment rights.

Senate Bill 211 requires up to three months in prison for a person who “harasses, insults, taunts or challenges a law enforcement officer with offensive or derisive words” or makes “gestures or other physical contact that has a tendency direct to provoke a violent response from the perspective of a reasonable and prudent person. “

A person convicted of this misdemeanor charge could also face a $ 250 fine and be disqualified from public assistance benefits for three months.

The bill also has a provision rejecting the “police defunding” movement, which states that government entities that fund law enforcement agencies must “maintain and enhance their respective financial support.”

The bill advanced through the Senate Veterans, Military Affairs and Public Protection committee Thursday on a 7-3 vote, with only Republicans supporting it. Now it goes to the full Senate and could be approved there next week, and then it would have to be approved in the House. Republicans control both houses of the Kentucky legislature.

CBS News sought comment from State Senator David Carroll, a retired Republican police officer who is the lead sponsor of the bill. After the publication of this story, he wrote in an email: “After seeing your headline, I don’t think I have anything to say to you. I miss the time when we actually had unbiased journalists !!” [SIC]

CBS News also reached out to the staff of Kentucky Gov. Andy Beshear, a Democrat.

Carroll told the Louisville Courier-Journal that the bill is a response to the riots that broke out in many cities across the country last summer. Louisville was an epicenter of racial justice protests due to the death of Breonna Taylor, A black woman killed in March 2020 during a raid on her home by Louisville police officers.

“This country was built on the basis of a legal protest, and it is something we must uphold: the right of our citizens to do so,” Carroll told the Courier-Journal. “It is about those who cross the line and commit criminal acts.”

The ACLU of Kentucky called the legislation “an extreme bill to stifle dissent” and said it would criminalize free speech.