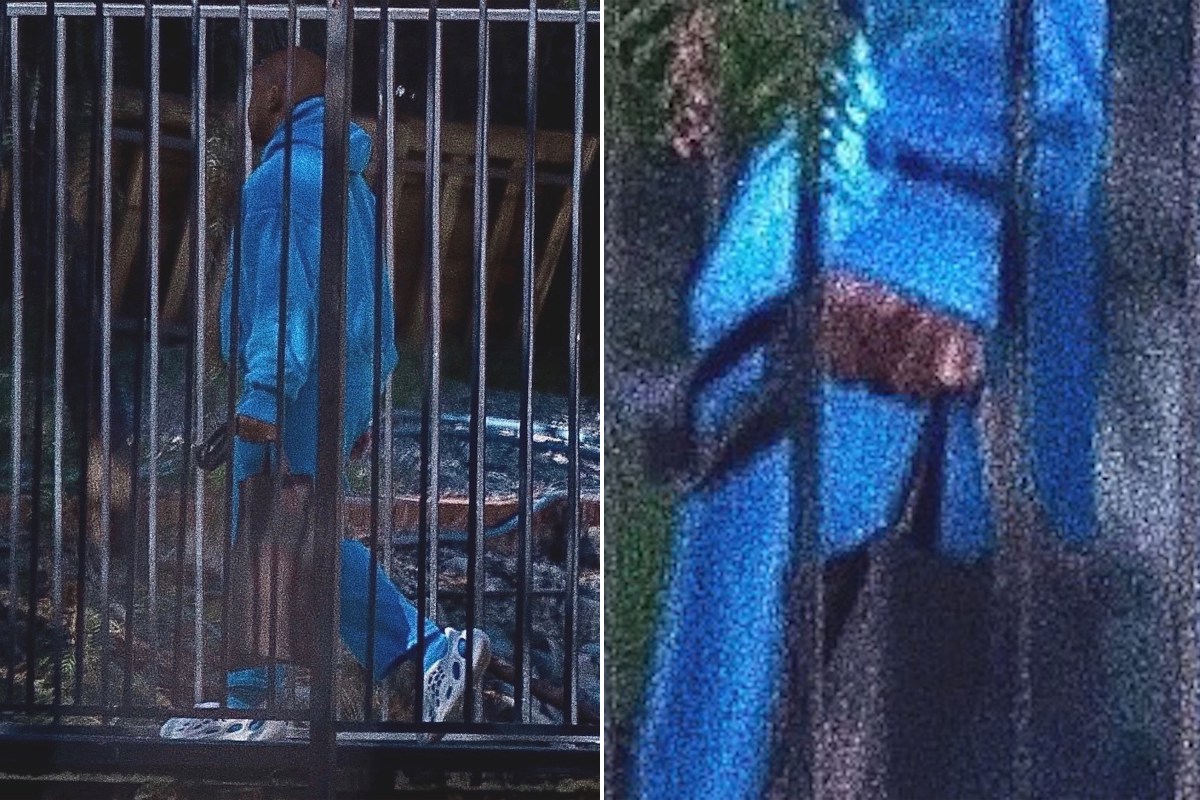 Kanye West has emerged for the first time since Kim Kardashian filed for divorce last week.

The 43-year-old rapper was photographed without a wedding ring while visiting his Yeezy Academy in Los Angeles on Tuesday.

He was accompanied by a swarm of bodyguards, as well as his youngest son, Psalm, one year old, whom he shares with Kardsahian. They also have three other children: North, 7, Saint, 5, and 3-year-old Chicago.

The Yeezy founder kept his look casual, opting for his own designs of a blue sweatshirt with matching sweatpants with sneakers.

West’s bodyguards were seen escorting the rapper and his son to a silver van before the group left.

He was seen last week still wearing his wedding ring. Now it looks like the “Gold Digger” artist is finally moving forward.

The 40-year-old Kardashian officially filed for divorce from West last week after Page Six exclusively reported in January that they were heading to Splitsville.

Meanwhile, the “Keeping Up with the Kardashians” star appeared to be dealing with the breakup when listening to Olivia Rodrigo’s hit song “Drivers License” on Monday.

The couple’s relationship became shaky when West, who struggles with bipolar disorder, had several public meltdowns during his failed presidential run.

Sources told Page Six that West’s presidential candidacy was the last straw for Kardashian. We are told that he has hired a divorce attorney for the stars Laura Wasser.