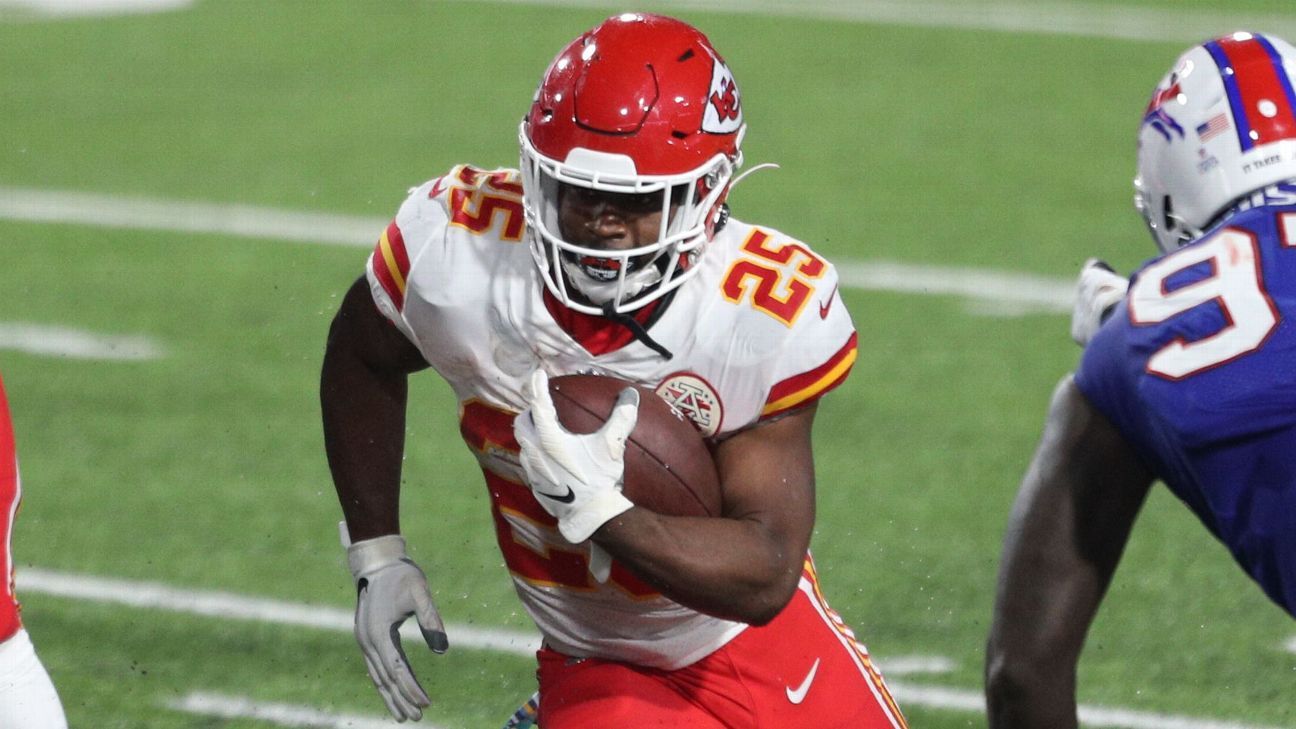 To get the Kansas City chiefs back into the victory column after their first defeat in 11 months, coach Andy Reid reversed his playbook in Monday night’s game against the Buffalo Bills.

Starting only for the second time in Patrick Mahomes’ 37 career, the Chiefs ran the ball more and more as he passed it. He was rewarded for the change with a 26–17 victory.

The Chiefs rushed for 245 yards on Monday, their most since 2012. Rookie Clyde Edwards-Helliar led with 161 yards.

According to ESPN Stats and Information Research, Kansas City also had a crowd of 46, tied for the most attempts by any Reed-coached team, regular or postsman. (Reed coached for 14 seasons of the Philadelphia Eagles before becoming Chiefs coach in 2013.)

Mahomes was still efficient, going 21–26 with two first-half touchdowns to Travis Kelsey. But Mahomes threw for only 225 yards on a rainy night at Buffalo.

But a few days after signing veteran Le’Vonne Bell to provide the offensive spark, the running game was also a star without Bell. He cannot attend the majors due to the COVID-19 testing protocol until this weekend.

The majors played most of the game without two starting offensive linemen. Guard Kelechi Ossimel broke a tendon in each of his knees in last week’s game, while dropping a good game in the first half due to a back injury caused by tackle Mitchell Schwartz.

The majors led for a significant part of last week’s game against the Raiders, but Mahomes still came back 46 times with 43 passes and three racks. The running chief had only 11 carts, 10 of which were with Edwards-Hellier.

The loss to the Raiders snapped the majors’ 13-game winning streak, including the playoffs and Super Bowl LIV.