Kaapo Kakko seizes the great opportunity of the Rangers 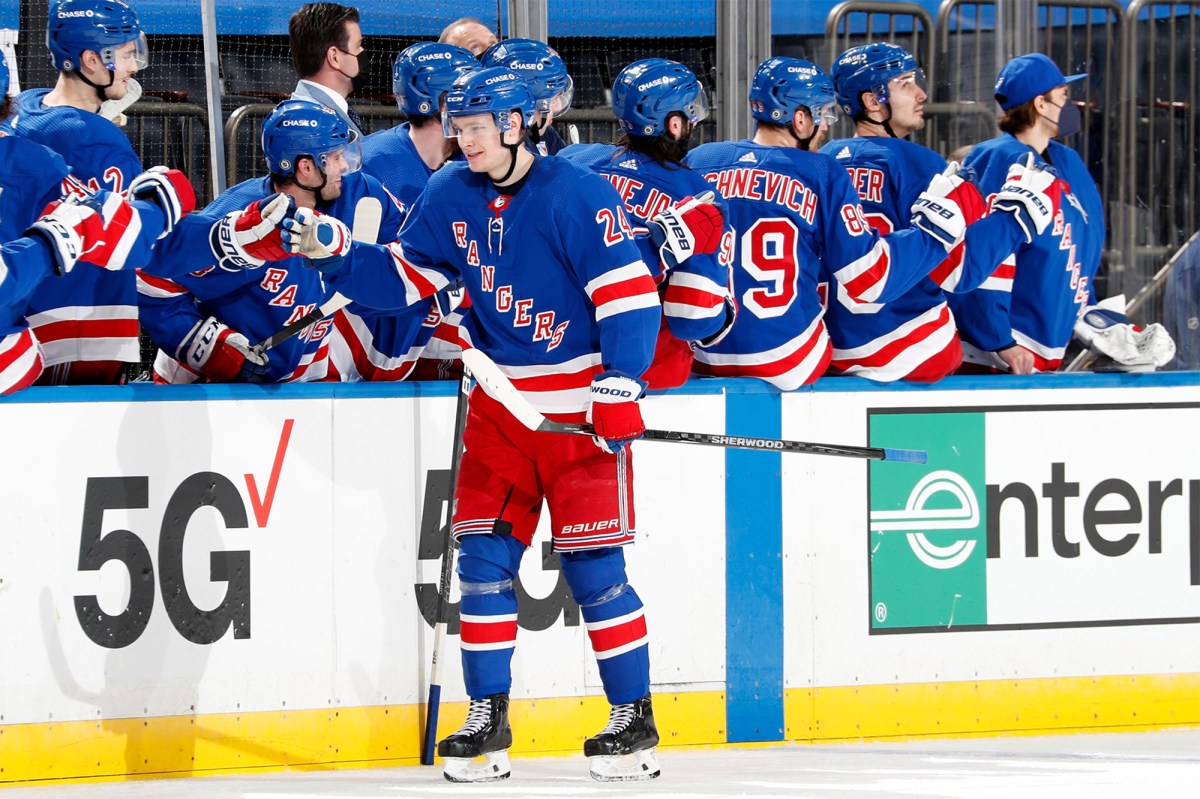 Rangers winger Kaapo Kakko always likes to be simple when talking about his game.

So in discussing how he scored his first goals since January 22, the first month of the season, in the Blueshirts’ 5-3 win over the Sabers on Monday night, the 20-year-old noted that he was back. . in the second line with Artemi Panarin and Ryan Strome.

“I was playing with Breadman and Strome, so they can keep the record, I just go online and they can find me,” he said. “That was my job [Monday night]. “

Acting head coach Kris Knoblauch said he opted to replace Colin Blackwell with Kakko on the second row at 7:07 of the second for a variety of reasons, but mainly because of how the Finn has been playing recently. It certainly worked well, as Kakko converted six seconds later to tie the game 1-1 at 7:13.

Panarin fueled the Rangers ‘tying play, sending a deft feed to Kakko in front of the Sabers’ net as the No. 24 stalled at home. It was Panarin’s first performance of three assists. Kakko then scored an empty goal in the final minute of play to secure the victory.

Kakko admitted it felt good to get back on the roster after going the last eight games without a point. But after his fight with the coronavirus last month, it took a while for Kakko to regain his game form.

“I was not on the ice for 10 days, so it is always difficult, but I think I feel better now,” he said.

Brett Howden was added to the NHL’s COVID-19 protocol list on Monday, joining Phil Di Giuseppe, resulting in his second center scratch of the 2020-21 season and his Rangers career.

In turn, Knoblauch inserted Julien Gauthier back into the lineup after the forward was scraped for the last three games. Gauthier had minus two on the night at 7:04 in ice time.

The Rangers announced that the full COVID-19 vaccination test, 14 days after receiving the second dose of Pfizer / Moderna or an injection from Johnson & Johnson, will be acceptable for entry into the games at Madison Square Garden beginning 1 of April.

The Rangers expect Igor Shesterkin, who suffered a groin strain earlier this month, to make his first start in Philadelphia on Thursday. Meanwhile, Keith Kinkaid made his second straight outing and fourth in the last six on Monday.

Kinkaid stopped 16 of the 19 shots he faced for his first consecutive wins of the season.

“That is a group decision, [head coach David Quinn] Y [goaltending coach Benoit Allaire] Above all, and then receive my thoughts, but ultimately that is Quinn’s final decision, ”Knoblauch said before the win. “I think Keith has played very well, very strong, I’ve seen him twice in Hartford and he turned on his head. We just felt he deserved it, he earned it. “

Shesterkin, who has not been available since March 4, went back to skating Monday morning as he has done for the past few days.