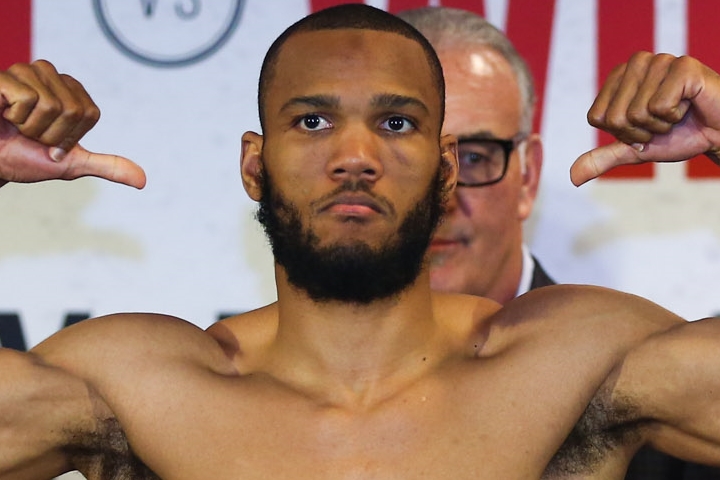 Upon arriving, Williams had won four in a row since Jermall Charlo had eliminated him in five rounds in December 2016.

Hurd returns from a fourth-round knockout of Jason Welborn on the Deontay Wilder-Tyson Fury undercard in December.

Williams went well boxing in the first round. The second saw Hurd come roaring out and they were fighting, against him, nature, inside. Williams was connecting with very hard punches in Hurd. A combination of punches sent Hurd against the ropes. Hurd covered himself when Williams started downloading.

In the third, Williams came out unloading with punches in Hurd. And then Hurd started shooting with body shots. Both had moments while playing the round.

It was a face-to-face fight in the room, with Williams overtaking Hurd at close range. Williams continued to stay close in the fifth and was throwing solid punches at Hurd, who was leaving himself open to the head and body. Most of Hurd's counters were being blocked. Williams' left eye was swelling.

Hurd came out pointing to Williams' body in the sixth and was throwing big shots. Williams was doing everything he could to stay close and stifle Hurd's injections. They were both landing hard blows. In the seventh, Williams kept a distance with the jab. Hurd was pushing and looking for big shots and wasting Williams.

Something caught Hurd's attention at the beginning of the eight, and Williams threw himself on him with punches. Hurd was able to fight again. Hurd was cut around the right eye when the round came to an end. Hurd was able to overtake Williams early in the ninth, as they were exchanging good punches. But Williams returned firing with clean blows.

Hurd overcame the action in the tenth, and even that round was very close, with Williams giving as well as he was receiving. Williams was able to beat Hurd in the eleventh. They were fighting hard during the twelfth, both had their moments, with the round turning in both directions as they fought. Williams was, by far, the most solid blows to the head and body.

Solsta: Crown of the Magister Review