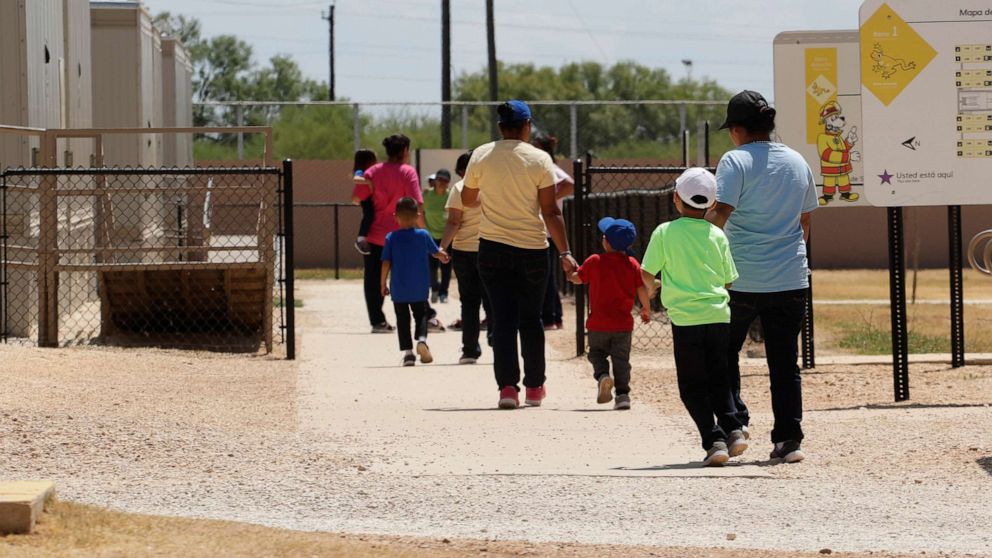 The order comes when the first cases of COVID-19 were reported at ICE facilities.

But there could be some exceptions. Gee wrote in his ruling that a parent who does not consent to their child residing with a sponsor or the lack of a sponsor may be considered an excusable reason for keeping a minor in custody.

“No parent or child wants to separate from each other. Family integrity is a human right, ”Andrea Meza, legal services of the director of RAICES, who advocates for detained families, told ABC News. “Judge Gee did a good thing today by lighting a fire under ICE to release the families together.”

According to the court filing, on June 8, 124 children were detained in detention centers. ICE maintains three family centers in Texas and Pennsylvania.

The decision comes when the first cases of COVID-19 were reported at one of the Texas centers this week. Eleven detainees tested positive at the facility in Karnes County, Texas, according to an independent monitor charged with collecting data on the facility. Advocates have asked the administration to release migrants due to the increased risk of exposure in common areas with other families.

Gee stressed in his ruling that the detention centers were “on fire” and that “renewed and more vigorous efforts must be made” to transfer vulnerable children from the facilities.

The greatest focus at Texas facilities occurs when the state reports a large increase in coronavirus cases. Texas reported 5,000 new cases on Friday, one of the highest recorded new cases in the state in a single day.

In her Friday ruling, Gee criticizes the administration for sometimes failing to follow the guidelines of the Centers for Disease Control and Prevention.

“ICE’s critical areas for improvement are social distancing, masking, and testing; in other words, the basics,” Gee writes in his ruling.

Judge Gee gave ICE a deadline of July 17 to release the minors and demanded that the agency continue with disease prevention measures in the meantime, including social distancing, wearing masks, and improved testing at facilities. federal.