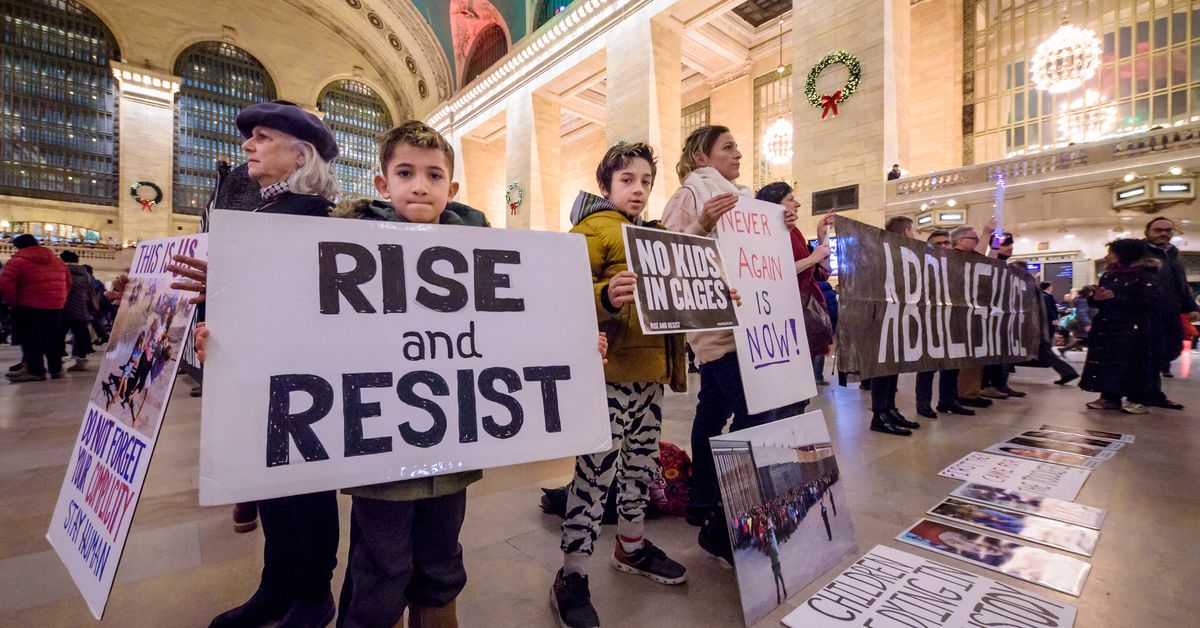 Immigrant children detained in U.S. family detention centers must be released before July 17 due to concerns about the coronavirus pandemic, a federal judge ruled Friday.

It is the first time in the long legal battle over the detention of migrant children that a court has set a deadline for their release, a situation fueled by reports of increasingly dangerous conditions in the centers.

According to the court order, as of June 25, 11 people at a family detention center in Karnes City, Texas, tested positive for Covid-19. Results are pending testing at another facility in Dilley, Texas, where four staff members have tested positive. And other diseases that spread among children in centers are evidence of how vulnerable they are to the virus, wrote Judge Dolly M. Gee of the United States District Court for the Central District of California in her order.

“The [family residential centers] they are ‘on fire’ and there is no more time for half measures, ”wrote Gee.

Gee also called on the Trump administration for failing to comply with the most basic recommendations set forth by the Centers for Disease Control and Prevention (CDC) to prevent the spread of Covid-19 in detention centers. The order notes that Dr. Paul Wise, a professor of pediatrics and health policy at Stanford University who was assigned in 2019 to monitor facility health standards, found that “ICE’s critical areas for improvement are distancing. social, masking and testing, in other words, the basics. ”

It was in response to this assessment that Gee ordered the Office of Immigration and Customs Enforcement (ICE) to release the children to their parents or other guardian, or to a group home without Covid with the consent of their parents.

The order requires the launch to be made at “willful speed”, and no later than July 17. It applies to children who have been detained in both Texas centers and one Pennsylvania center for more than 20 days.

According to the ruling, on June 8, there were 124 children in ICE custody. The agency recently released nearly 400 more children from the shelters.

ICE told Vox that it is reviewing the order, adding that the 11 positive cases of Covid-19 at the Karnes detention center were evaluated at the time of admission and have not contacted other families at the facility. “The detainees are asymptomatic and have been medically isolated by the family unit,” the agency’s spokesperson wrote in an email.

Courts have been fighting the Trump administration for the detention of children since the virus began.

Gee oversees the administration’s compliance with the 1997 “Flores Accord”, which requires the government to release children “without unnecessary delay” and keep them in safe and clean conditions while in detention.

In late March, when states across the country were closing their economies in response to the rapid spread of the virus, Gee ordered ICE to immediately release immigrant children or explain why they should continue to be detained. In April, it again ordered ICE to conduct individualized release evaluations for children in custody.

In an attempt to comply with the Flores agreement, ICE officials then asked parents to choose between staying with their children indefinitely or allowing their children to be placed in the custody of family members, sponsors, or the Department of Health and Services. humans.

A group of Democrats in the House of Representatives sent a letter to the Trump government in May, urging them to explain these reports.

“The Administration must stop using this public health crisis as a means to implement illegal and inhumane immigration policies. In these extraordinary times, human suffering does not have to be complicated by locking families or instilling fear in the hearts of migrant parents, ”the letter said.

ICE officials have said that the policy was not an attempt to separate families and was not part of a “binary choice” policy, but rather was implemented to ensure the health and safety of the children in question.

Medical experts have expressed concern since the start of the pandemic that migrants living in congregated detention facilities would be particularly vulnerable to Covid-19, even if the administration closely followed CDC guidelines. Due to these concerns, groups like the ACLU have been suing for the release of immigrants from detention centers across the country since mid-March.

Based on what scientists currently understand about the coronavirus, children with no underlying health conditions are unlikely to die or become significantly ill from Covid-19, but they can carry the virus and expose other vulnerable populations. While there is little research on the direct impact of child separation in U.S. immigration detention centers, a large body of research indicates that separation of children from their parents may contribute to PTSD, learning challenges and other traumatic social and psychological effects. .