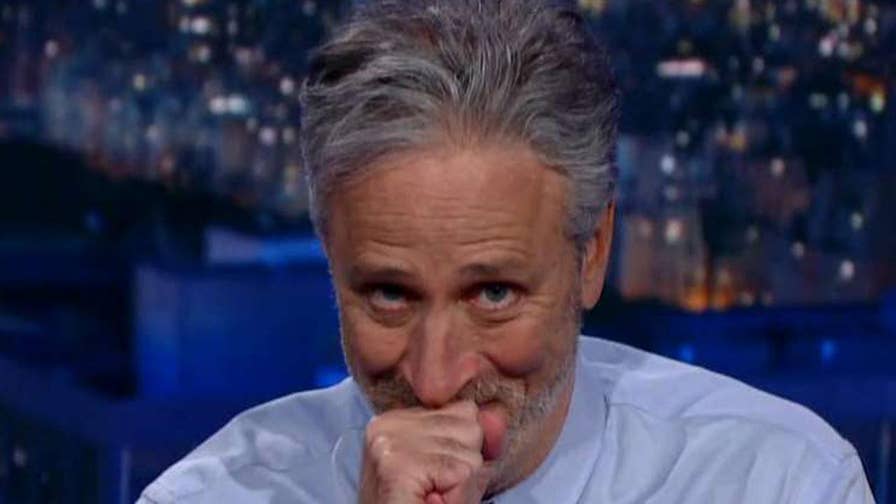 Some prime comedians — together with John Oliver, Jon Stewart, Trevor Noah and Conan O’Brien — helped increase cash for army veterans Tuesday evening at a raucous occasion at Madison Square Garden by which most of the greatest barbs had been hurled on the present commander in chief.

The annual Stand Up for Heroes occasion is co-presented by the Bob Woodruff Foundation and the New York Comedy Festival. It kicks off the competition and raises cash for the Woodruff basis, which funds packages for injured veterans and their households. The basis is called for the ABC information anchor injured in Iraq in 2006 and has raised some $40 million.

The entrance rows of the theater at Madison Square Garden had been reserved for veterans from all branches — some badly injured — and seats had been additionally put aside for brand new cadets. While Lee Woodruff, Bob’s spouse, pleaded for everybody to “set aside politics,” there wasn’t a lot love misplaced onstage for President Donald Trump. The viewers principally took it in stride.

Stewart marveled at the truth that 10-15 % of Barack Obama supporters voted for Trump. “How do you even get there?” he requested. “It’s like a guy who’s like, ‘It didn’t work out with my girlfriend so now I’m going out with a toaster.'”

Noah admitted he was conflicted. “On the one hand, I do wake up terrified most days that he’s president of the most powerful nation in the world. But, on the other hand, I must admit I wake up every day knowing he’s going to make me laugh.” O’Brien in contrast Trump to the bottom of an orange cat.

The comedians did not spend all their time bashing Trump. On a wet evening in New York, O’Brien additionally mocked Los Angeles residents who cannot deal with drizzle, Oliver informed an embarrbading story of when he ran a race in clbad and Noah mentioned he hoped by no means to die in a drive-by. “I want you to park. Is that too much to ask?”