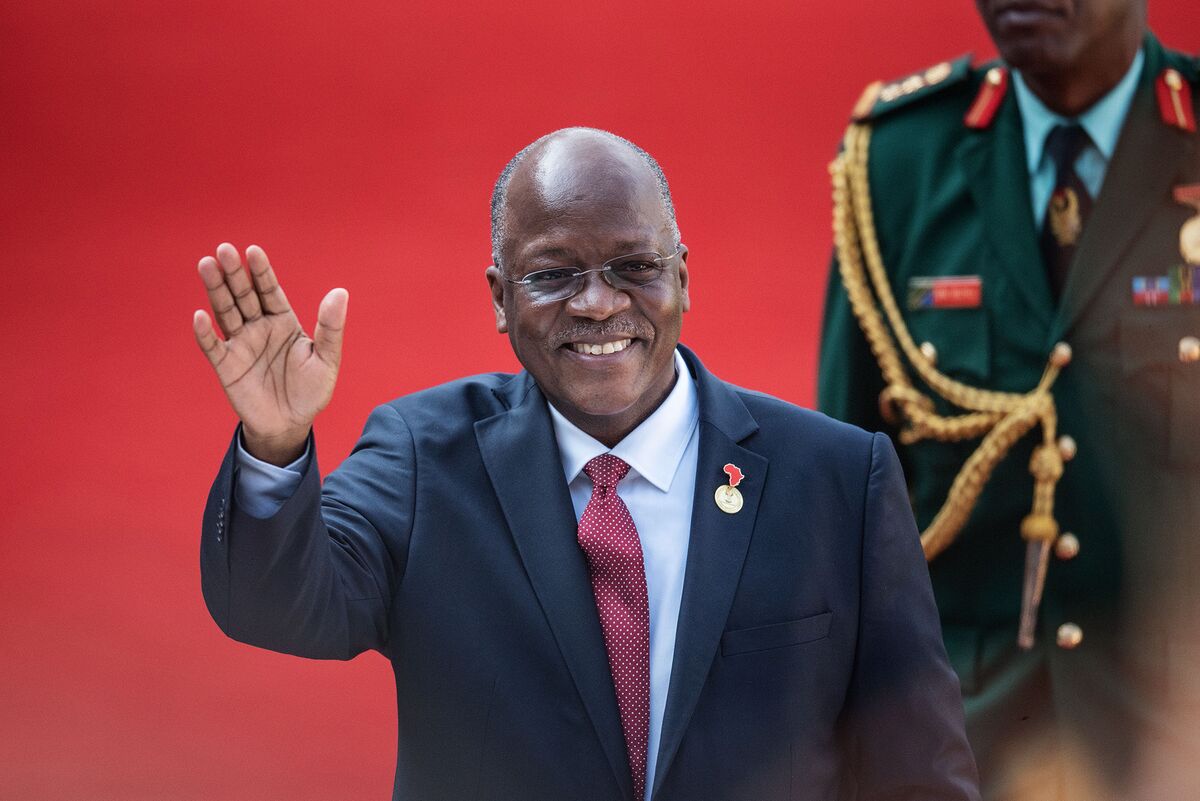 Tanzanian President John Magufuli, who drew widespread criticism for his denial of the coronavirus pandemic, died just five months after winning a second term in a contested election. He was 61 years old.

Nicknamed ‘The Bulldozer’ for his aggressive leadership style, Magufuli earned early accolades for fighting corruption, reducing government waste, and improving the lives of farmers by eliminating dozens of taxes. He also spearheaded the development of new transport links, power plants and more than 1,700 health centers, investments that helped the Tanzanian economy become one of the best performing in the world.

Magufuli also pushed for controversial reforms aimed at ensuring that the nation derived more benefit from its natural resources, putting his administration on a collision course with foreign mining companies. In 2017, authorities asked Barrick Gold Corp.’s local unit to pay a massive $ 190 billion tax bill, a dispute the company resolved by paying $ 300 million and creating a mining joint venture with the state.

Magufuli became increasingly authoritarian as his first term progressed: he centralized power in the presidency and unapologetically cracked down on dissent and media freedom. He secured a second five-year term in October when he garnered 84% of the vote, the widest margin of victory of any presidential candidate in nearly three decades of multi-party elections in Tanzania.

The opposition rejected the result for manipulation, and the US Embassy in Tanzania said credible allegations of fraud and intimidation, as well as the ruling party’s overwhelming victory, raised questions about the fairness of the elections. Several opposition candidates were disqualified and the government instituted shutdowns of social networking sites and the Internet that hampered their opponents’ campaigns.

Born on October 29, 1959, in the northwestern city of Chato, Magufuli worked as a teacher and industrial chemist before entering politics. He won parliamentary elections in 1995 and held various cabinet positions before the ruling Chama Cha Mapinduzi party chose him as its candidate to succeed President Jakaya Kikwete in 2015.

International consternation with the Magufuli government has centered on its unorthodox approach to tackling Covid-19. He insisted that the country was free from the disease, discouraged the use of masks, and advised his people to pray and undergo steam therapy to safeguard their health. While most of the rest of the world clamored for access to vaccines, his administration avoided them and said it was working on developing alternative natural remedies.

Tanzania stopped publishing data on infections in April 2020, making it impossible to determine the severity of the epidemic. The flood of patients showing coronavirus symptoms seeking treatment in public hospitals and daily funeral Masses indicate that Magufuli downplayed what was clearly a major public health crisis.