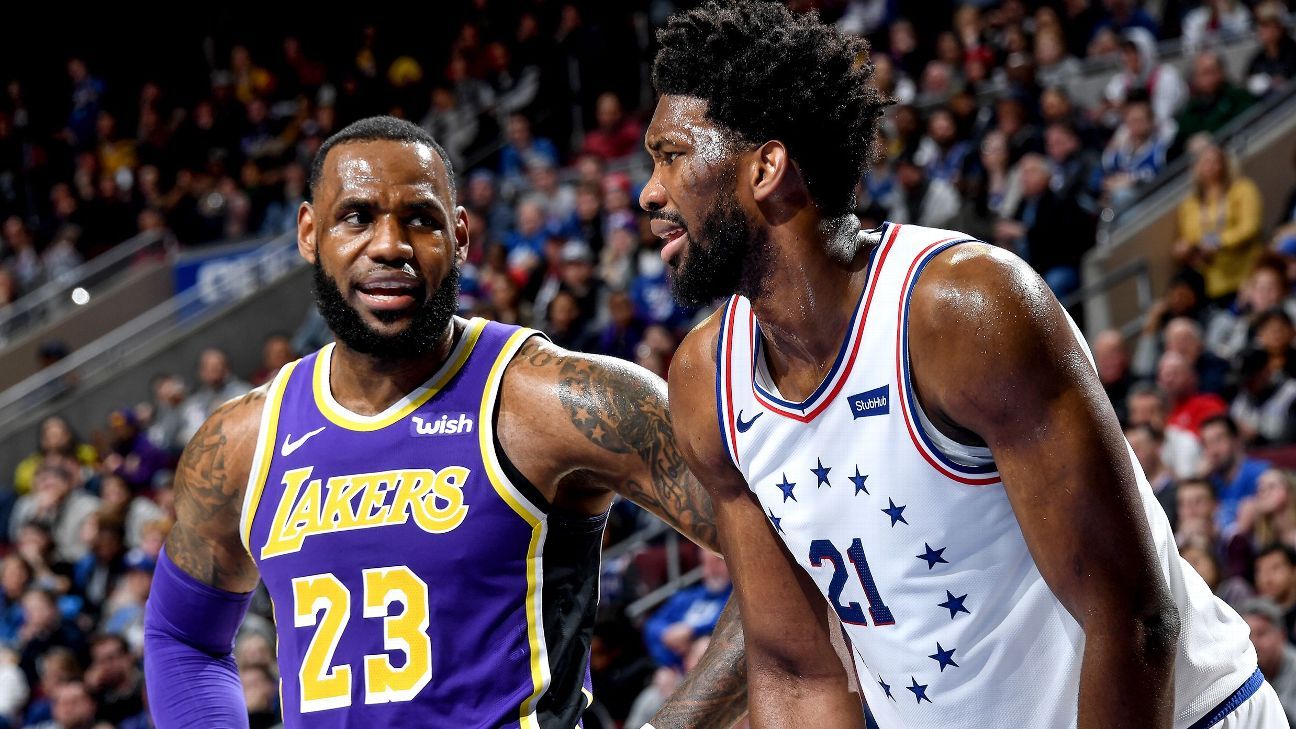 There is a new MVP favorite as the NBA regular season prepares to resume.

Philadelphia 76ers star Joel Embiid outpointed Los Angeles Lakers forward LeBron James last week and is now the consensus favorite to win the regular season MVP award at bookmakers across the country. Embiid is listed at +200 to earn MVP at Caesars Sportsbook by William Hill, followed by James at +225.

Embiid started 40-1 to win MVP at Caesars Sportsbook for William Hill, but his odds steadily improved throughout the season as he racked up big numbers. Embiid is averaging 30.2 points and 11.6 rebounds per game. He is on track to join Curry as the only players to average 30 points on 50% shooting and 40% from 3s in one season, according to ESPN Stats & Information. He is also looking to become the first center to win the MVP since Shaquille O’Neal in 2000.

Embiid has attracted almost 20% of all MVP bets placed with the FanDuel sportsbook, while James has obtained the most money wagered.

James, a four-time MVP of the regular season, emerged as the favorite to win his fifth award in late January. James saw his odds shrink to +160 going into March before being outscored by Embiid.

The 76ers rank first in the Eastern Conference, but are expected to be without Embiid and Ben Simmons for Thursday’s game against the Chicago Bulls due to the league’s COVID-19 contact tracing protocols.