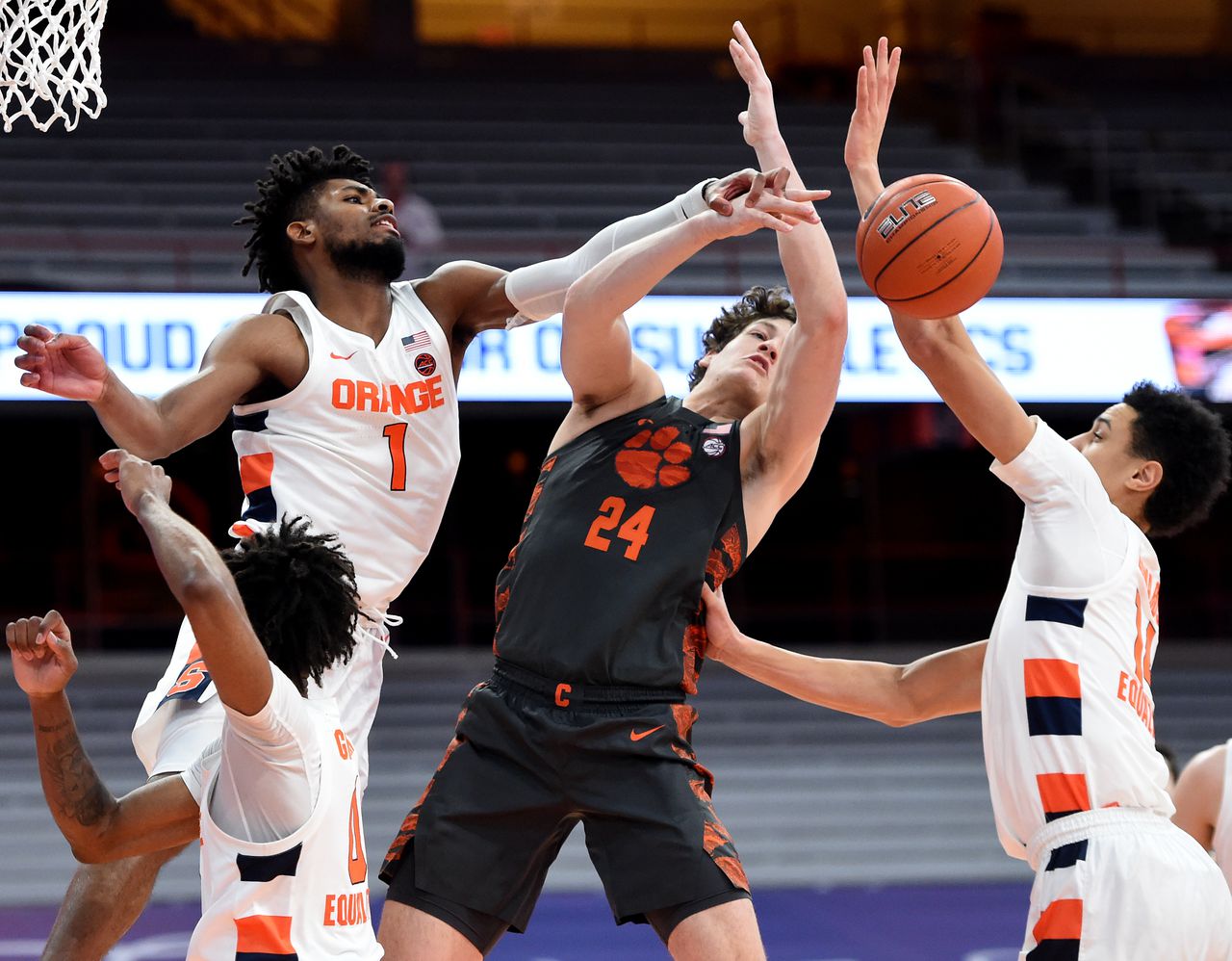 Syracuse, NY – After his team strengthened its case for an NCAA tournament with a 64-54 victory over Clemson on Wednesday, Syracuse coach Jim Boeheim seized the opportunity in his post-game press conference to present your team’s case.

The victory over Clemson, plus Orange’s win over North Carolina on Monday, boosted the NCAA’s hopes for Orange, which had lagged after last week’s losses at Duke and Georgia Tech.

Syracuse must now wait until the start of next week’s ACC tournament for its next opportunity to improve its NCAA profile. Syracuse is the only ACC team with a bye the final weekend of the regular season.

Most experts on NCAA support have Syracuse right on the cusp of an NCAA offering, but still from the outside looking in.

Boeheim’s arguments on behalf of Orange did not include bad losses and an outstanding record against teams in NCAA Quadrants 2 and 3.

The weakness on Syracuse’s résumé would be the lack of a victory in Quadrant 1. Orange is 0-6 against teams that fall in Quadrant 1 of the NCAA.

Boeheim tried to argue that he does not pay attention to braces, but his own words betrayed him because while criticizing the taunts, he admitted that he had seen them.

“I don’t look at that because I see a team that is 0-8 on the road this year and they are in the tournament or on the edge,” Boeheim said. “I don’t pay attention to those things anymore. I see teams with losing records that are still there. I mean, this is all speculation. ”

SU gets revenge, raises NCAA hopes with win over Clemson