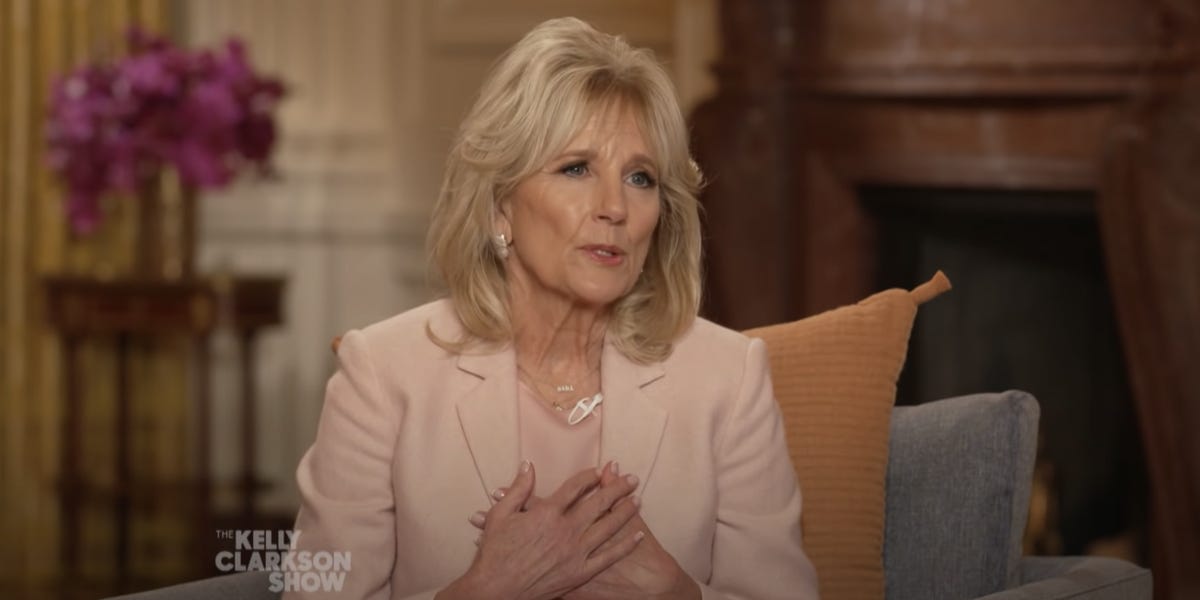 First lady Jill Biden and three-time Grammy-winning singer Kelly Clarkson have more in common than one might think: They both know what it’s like to go through a divorce.

In a new interview on “The Kelly Clarkson Show,” the first lady shared some tips with Clarkson on how to recover from the experience and find love again.

“This is what I would say to you if I was your mother. My mother would always tell me, ‘Things are going to look better tomorrow,’ and if you can take one day at a time, things will get better.” Biden told Clarkson. “You know, now I look back and think if I hadn’t gotten divorced, I would never have met Joe. I wouldn’t have the beautiful family that I have now.”

Biden married her first husband, Bill Stevenson, in 1970, and the couple divorced in 1975. That same year, Joe Biden’s brother gave them a blind date, and they have now been married for 43 years. Clarkson filed for divorce from her husband of nearly seven years, Brandon Blackstock, in June 2020, citing irreconcilable differences.

Even after falling in love with Joe, Jill was reluctant to marry again; he had to propose to her five times before she finally agreed. But he assured Clarkson that it is possible to heal after a heartbreak.

“So I really think things happen better and I don’t know how much time has passed for you, but I think that with time you recover,” he said. “You’ll be shocked and I can’t wait until that day comes for you, you’ll call me and say, ‘Hey Jill, you were right!'”

Clarkson’s full interview with the first lady airs Thursday, February 25, on NBC. Check out the clip from “The Kelly Clarkson Show” here: