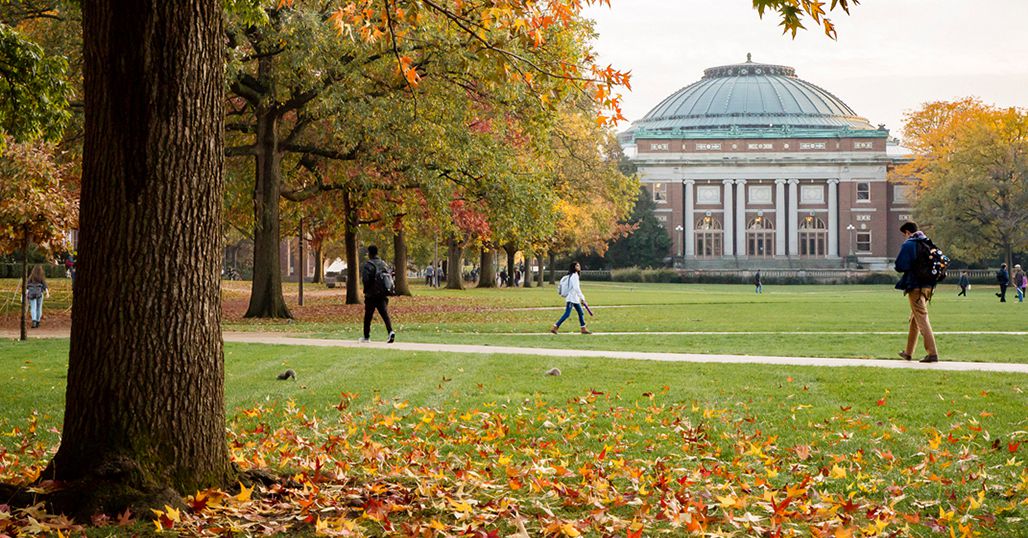 According to a complaint filed in the US Department of Education’s Office of Civil Rights, Jewish students at the University of Illinois at Urbana-Champagne have endured “an incredible campaign of anti-Semitism.”

According to a statement released on Friday by the Louis B. Brandeis Center for Human Rights Under Law, “Israeli supporters and others were subject to an anti-Semitism and alarming increase in Zionism over the past five years.” Helped in preparing the complaint.

During that period, several swastikas have been reportedly built throughout the campus; The Menorahs and Meizuza are reportedly vandalized; According to the Brandis Center, the Jewish fraternity’s windows were allegedly “smashed with bricks”. What’s more, Palestinian students have allegedly glorified members of terrorist organizations, honoring Jewish students and their allies with episodes such as “Nazi” and “white supremacist” and university diversity training “anti-Israel Changed into exile. “

The complaint alleges that university administrators have failed to provide “a discrimination-free educational setting” despite being reported to have “a developing host environment”. The Brandis Center also claims that some university employees are “entangled” in promoting that environment.

UIUC spokesman Robin Kaler said in a statement that the Department of Education has not contacted school officials about the allegations – though administrators responded to the complaint after it was sent to the university-accrediting organization in March. Kaler claimed that the organization eventually found the allegations to be “not a sign of substantial disagreement with their requirements and no further review will be conducted.”

“One of our key institutional values ​​is ensuring that people of all faiths, ethnicities, national origins and perspectives can live, learn and be thrilled,” Kaler said in a statement. “We will never tolerate bigotry, racism or hatred, and we condemn acts and expressions of anti-Semitism.”

However, the Brandis Center claimed that the university’s previous attempts to address alleged Jewish antisemitism “have done little to mitigate the hostile environment on campus.” And while the complaint was recently made public, the Brandis Center claimed that the university was given seven months to respond to the allegations after it was filed with the Department of Education.

Brandis Center President Eliza D. “We decided to publicize our efforts because of the constant stall strategy and almost no action from the university,” Levine said. “We hope that public awareness of this critical situation will prompt the university to finally accept and address the anti-Semitic persecution that has swept under the rug for far too long.”

Kaler contested the account, stating that the school was “for a long time, meaningful and what we believed was a collaborative discussion about the concerns raised by the parties involved.”

“It’s very disappointing that they chose to stop messing with us,” Kaler said. “We are disappointed in this group’s approach taken to advance our dialogue in the media, but we are fully committed to an inclusive university community where everyone is welcome.”

Despite those assurances, one current student said that she has personally experienced “shocking examples of anti-Semitism”.

“I am called a genocide supporter, a white supremacist, and a troubled one; All to be publicly Jewish. And all this in front of the administration – which did nothing, ”Ian Katselson, head of biology and political science, said in a statement. “Second, as a student, I have noticed that hostility has an effect on my friends – they are afraid of wearing Jewish stars, Hebrew writings, or even Jewish Greek letters.