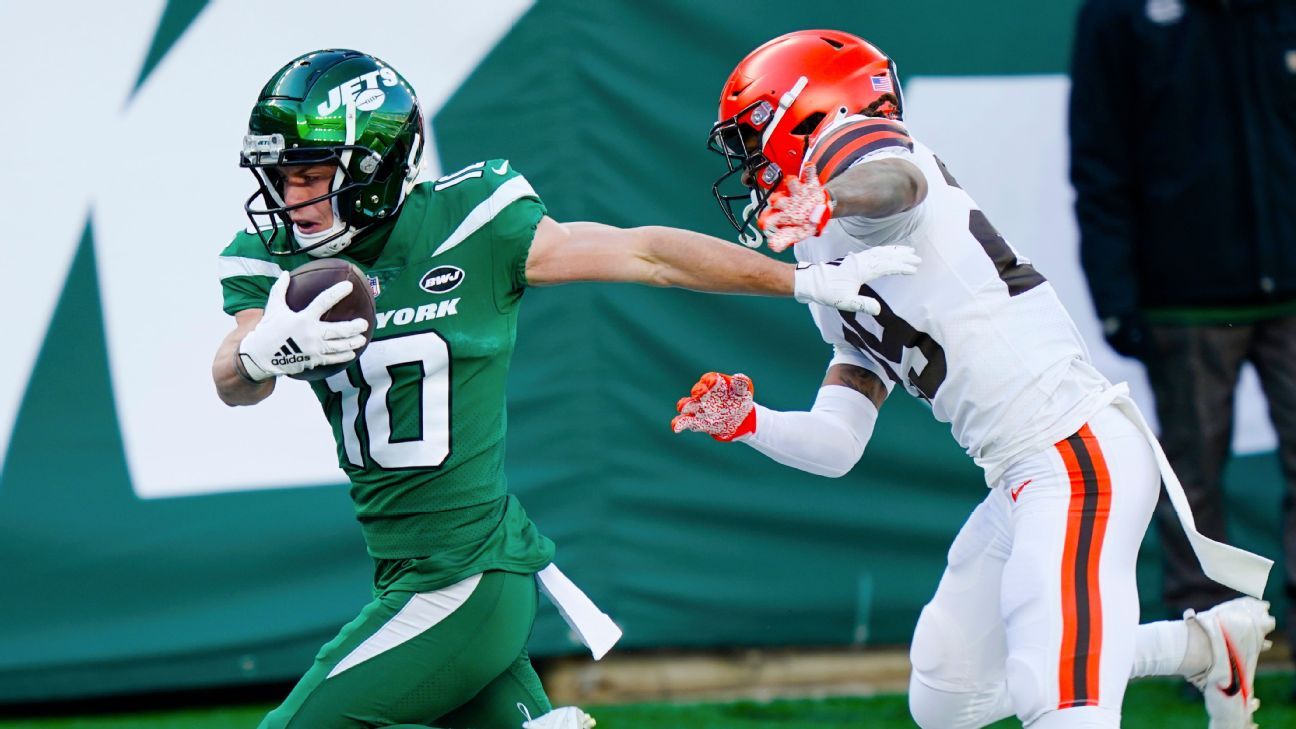 The New York Jets, not known for their creativity on offense, pulled off a rare trick play Sunday against the Cleveland Browns – a wide-receiver-to-wide-receiver pass resulting in a 43-yard touchdown end Happened. First quarter.

The play began with a handoff run to Ty Johnson, who lined up as wing back. He drifted to the left and threw the ball to Crowder, who bounced to his right and landed a right pass to wide-open Berrios. The Browns were out of position as they drifted in the opposite direction, mimicking the left from the run-action.

Quarterback Sam Darnold helped a bit, setting a “pick” for Crowder as he lined up in the backfield. It was the first pass of Crowder’s career.

The execution was impeccable – another rarity for the Jets (1–13).