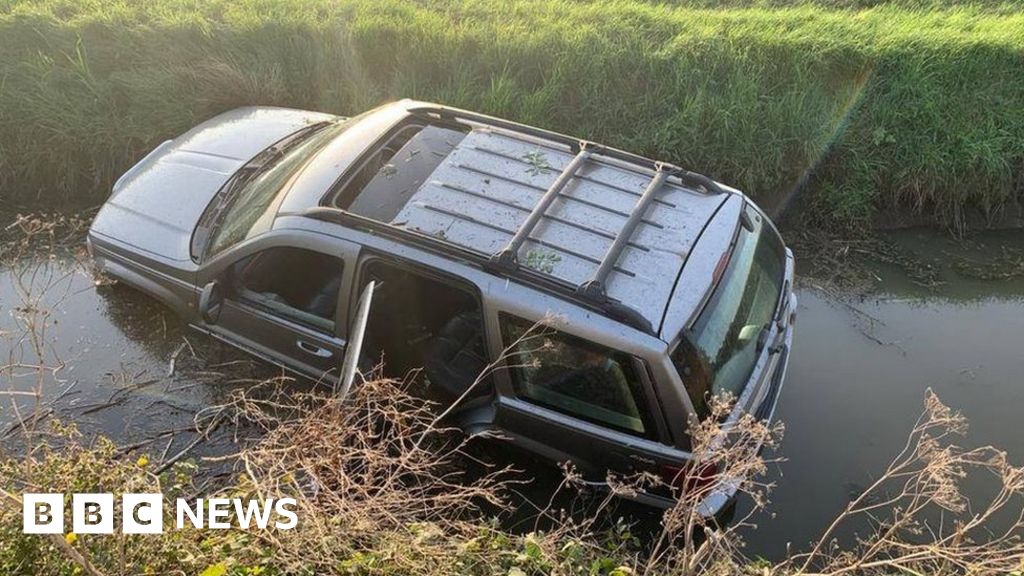 A driver led police 32 miles above the border at a “dangerous” speed before crashing into the ditch.

Authorities tried to stop a Grand Cherokee at Holme near Peterborough at 16:00 BST on Saturday, but it was called off.

Police said they chased the jeep for an hour before using a stinger device, but it continued to be “without tires” until the driver eventually lost control.

Three people were arrested and a dog was seized. One of the men had two outstanding warrants.

A post on the Police Huntingdonshire Facebook page stated: “The vehicle was driving dangerously over the speed limit and was a stern disregard for the safety of the public.

“The vehicle staggered without a tire until the driver lost control.”

It was painted at around 17:00 in a ditch near Chittering nine miles (14 km) north of Cambridge.

Police appealed to other drivers to come forward with dashcam footage.