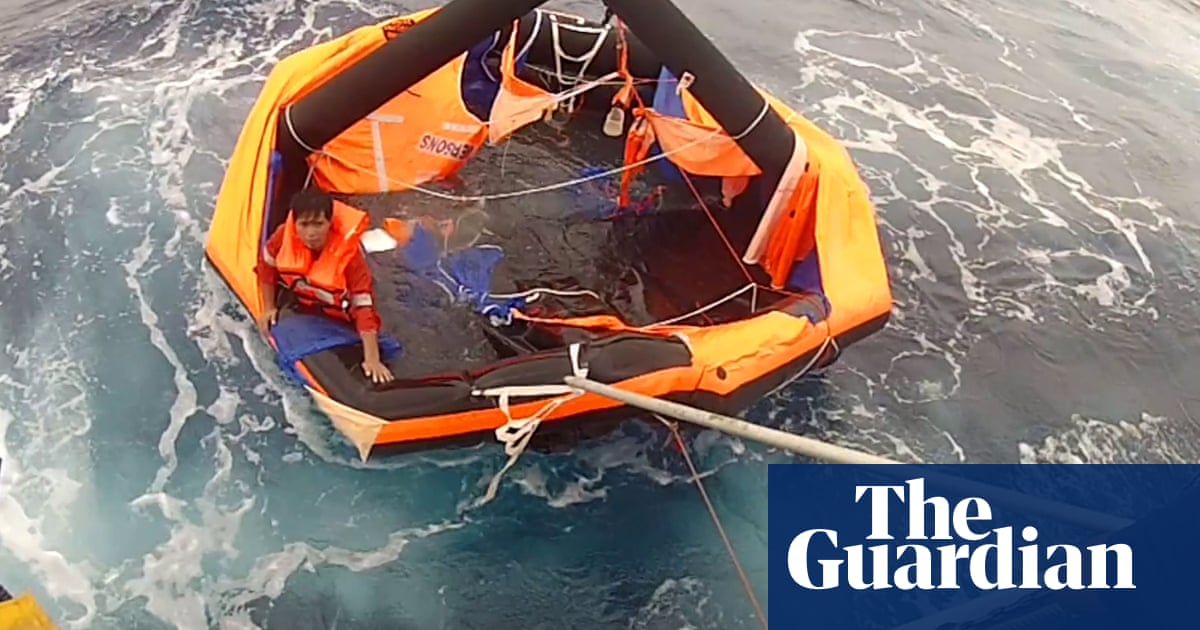 Authorities have suspended their search for 40 missing crew members from a missing ship, which is set off as Typhoon Hashen, southwestern Japan.

Thunderstorms, the second in a week, have moved toward the southern cluster of the Japanese Okinawa Islands, warning about torrential rains and severe wind gusts. It is expected to cross the region in the early hours of Sunday or Monday.

On Friday night, Japan’s Coastguard announced that a third crew had been detected from Livestock 1 of the Gulf. The ship was carrying 6,000 cattle when it was minted in the East China Sea on Wednesday en route from New Zealand to China.

The 30-year-old Filipino sailor was seen waving for help for a life about a mile from Kodarajima, a small island in southern Kagoshima Prefecture, Japan. Rescuers overturned an orange-colored lifeboat slightly ahead of Kodakarajima, but no one was in it.

One crew member died on Friday after being knocked unconscious by water, and another crew member was rescued on Wednesday night.

Eduardo Sareno, the Filipino chief officer rescued on Wednesday, told authorities that the ship sank and sank after an engine stopped in the ship.

Rescuers saw carcasses of dozens of cows floating in the area.

Weather officials have warned of typhoon hashen for several days, urging people to have a record storm and be prepared to take shelter of food and water.

The Meteorological Agency of Japan said that Heisen had carried the initial winds of 198 km / h (123 mph), which hit Okinawa on Sunday, and was later the main southern island of Kyushu. The agency said, but rain, high tides and winds would go away long before the storm.

Gulf Livestock 1’s crew of 43 were made up of 39 people from the Philippines, two from New Zealand and two from Australia.

The capside ship aboard an Australian ship was named stock handler Will Manpridge on Friday. The other Australian is Lucas Orada, a 25-year-old man from Queensland who was onboard as a vet.

Rescue teams will resume search after the typhoon passes. Three ships, four aircraft and two divers were participating in the search.

In May last year, Australian authorities delayed a week from Broome to Indonesia due to navigation and stability problems. The Australian Maritime Safety Authority website stated that the ship’s safety management system did not provide for adequate operational safety of navigation and management because it did not use the Electronic Chart Display and Information System (ECDIS). An ECDIS is a navigational system that makes it easy for ships to get directions and navigate to pinpoint locations.

A spokesperson for Maritime New Zealand said that standard safety surveys were carried out on the Livestock 1 of the Bay, including inspections of livestock carriers and pens, for commuting to and from Napier Port. “No irregularities or issues were noted,” the spokesperson said.