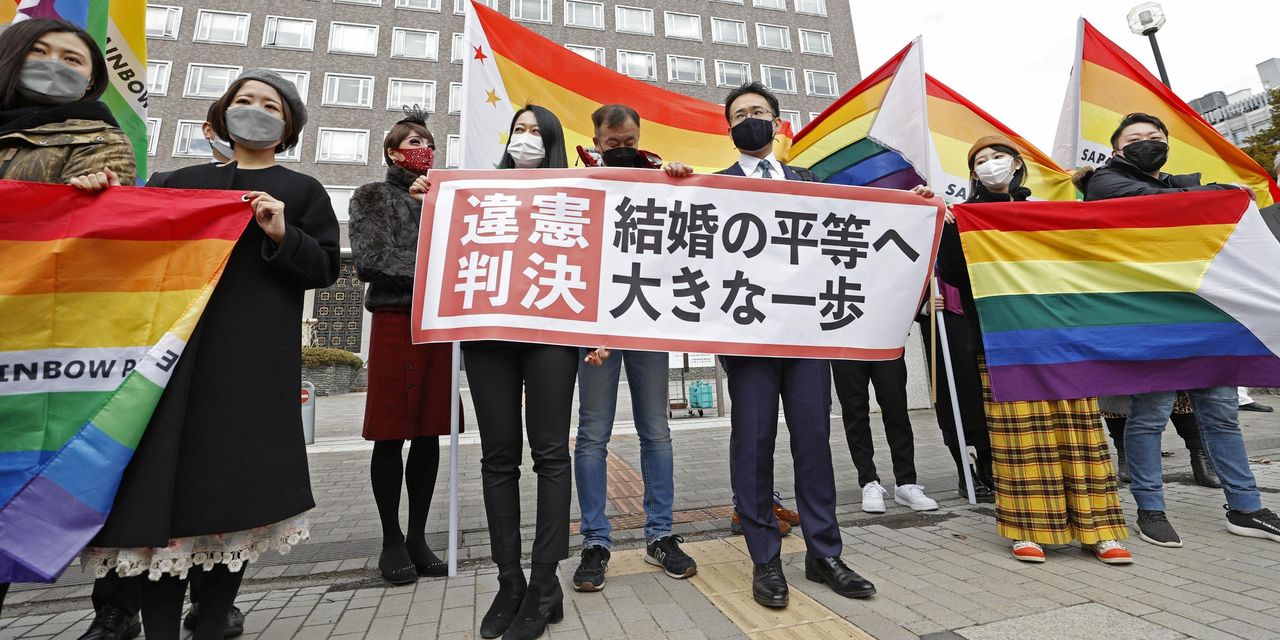 TOKYO – A Japanese court ruled for the first time that the country’s constitution gives same-sex couples the right to enjoy the legal benefits of marriage, a pioneering decision in a region of the world that generally prohibits same-sex marriage. .

The district court in the northern city of Sapporo ruled in a case brought by gay couples seeking a marriage license. The three-judge panel said the government’s refusal to grant them a license violated the Japanese constitution’s guarantee of equal treatment under the law. However, the court said that the plaintiffs were not entitled to compensation.

Other district courts in Japan are hearing similar cases, and Wednesday’s ruling is subject to appeal, meaning a final resolution of the matter will not be reached for some time.

The three-judge panel said that while Japan’s parliament had wide leeway to make marriage laws, it “has exceeded the limits of discretion” through its discriminatory treatment of same-sex couples. He said the current law was based on now-discredited notions of homosexuality as a disease.

The court left open the possibility for Parliament to create a separate system of marriage or union for same-sex couples. He said that if such a system provided same-sex couples legal protection as the current marriage system does for heterosexual couples, it could pass the constitutional test.

Same-sex marriage has been legal across the country in the US since a 2015 Supreme Court ruling, but it is not legal in most of Asia. Taiwan’s legislature in 2019 passed Asia’s first same-sex marriage law, following a similar measure by the Australian Parliament in 2017.