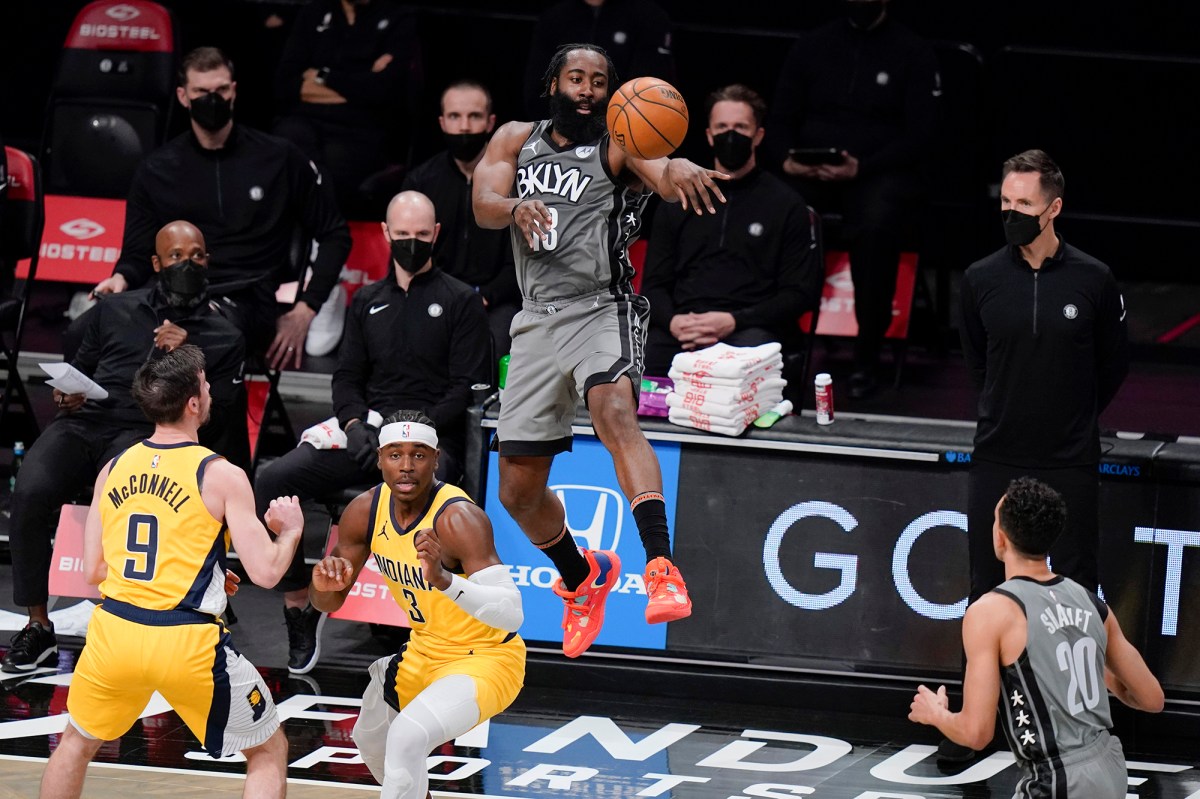 Since James Harden came to Brooklyn, and even before, the Nets have not shied away from his championship aspirations.

But Harden recently put them on display.

“We are more than confident that it will be difficult for a team to beat us four times in a best-of-seven series,” Harden told ESPN’s Rachel Nichols in an interview broadcast Friday. “I’m excited about that and it’s only been a month. We are all trying to reach a goal and that is an NBA championship. “

Saturday’s game at the Warriors will mark Harden’s fourteenth game with the Nets, but only the seventh with Kevin Durant and Kyrie Irving on the court with him. The Nets are 4-2 when their Big 3 have adjusted together.

The Nets won’t have center DeAndre Jordan on Saturday as he deals with a personal problem. Coach Steve Nash said the Nets are hoping Jordan will rejoin them during his five-game road trip and will continue to test COVID-19 in the meantime, allowing him to play immediately once he’s ready.

Jeff Green will likely slide into the small ball center position, a role he has played often this season, especially with the Warriors without rookie center James Wiseman (wrist).

“Hopefully this is not the kiss of death, but actually the Warriors game is a team that is playing extremely small right now with all their true centers out,” Nash said. “So I don’t want to say it’s fortuitous, because it’s a very difficult team to defend anyway, but it could have been a tough match for a traditional center anyway.”

Some players have spoken about the mental strain this season has taken on, and the COVID-19 protocols don’t allow for much more than going to the arena for games or the team facilities for practices. Durant has a different perspective.

“I mean [shoot]It’s not that bad, ”he said. “They pay us millions of dollars to do something we love every day. We’ll find out the rest. “

Those protocols also make team bonding opportunities, especially on a Western trip like the one the Nets are embarking on, more difficult in the traditional sense.

“In the old days, I would have left my credit card behind the bar and told the guys to go out and have a good time,” Nash said. “But that won’t happen in COVID for a while, so we’ll have to find creative ways to keep growing and find that link.”

Nic Claxton (right knee tendinopathy) will travel with the Nets and is expected to eventually begin working with his “get ready” group.