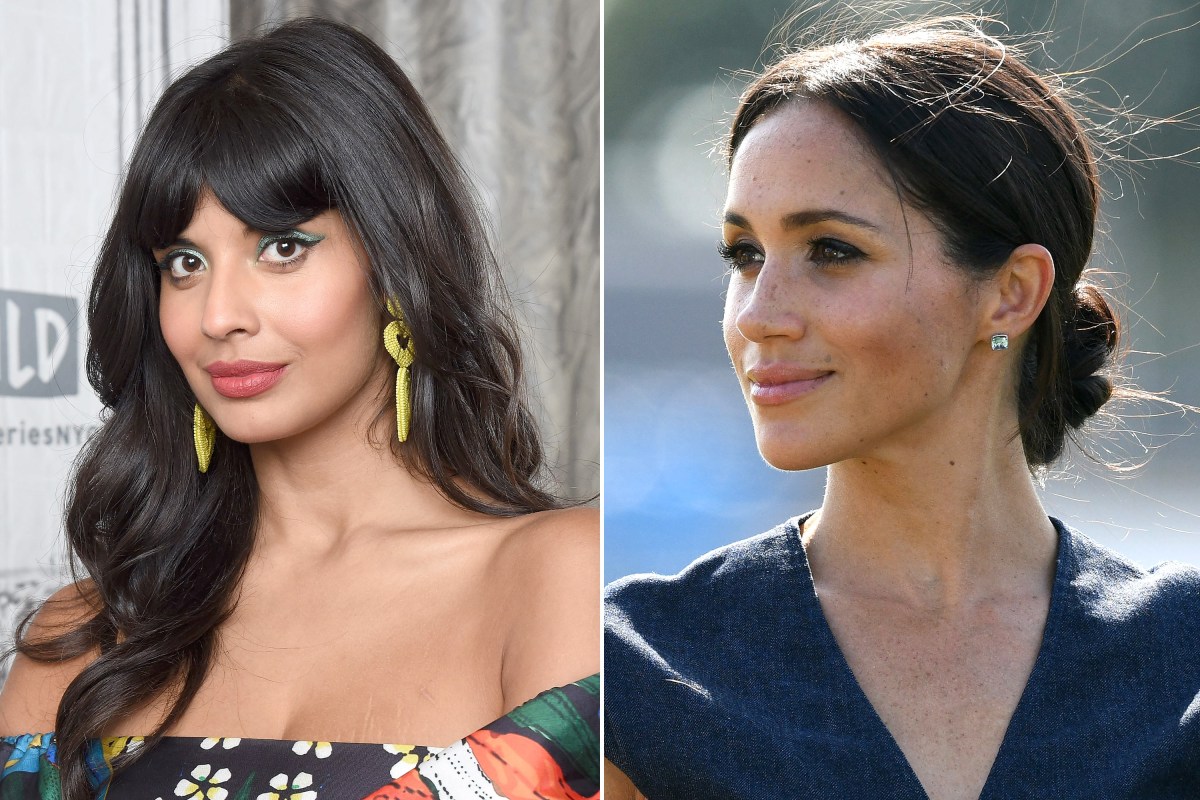 Jameela Jamil has the back of Meghan Markle.

The “The Good Place” star defended her friend by criticizing the royal family for allegedly leaking embarrassing stories about Meghan before her interview with Oprah Winfrey, while they do little about Prince Andrew’s alleged antics with Jeffery Epstein.

“So let me clear this up. The palace was fine with all the ‘bullying’ from Meghan for years and years until a few days before they feared she might reveal them publicly. ”Jamil said on Twitter On Thursday, referring to recently surfaced allegations that Meghan harassed employees at Kensington Palace after her 2018 wedding to Prince Harry.

“It seems like a legitimate claim,” Jamil added. “Maybe Andrew didn’t go to Pedo Island with Epstein, maybe it was MEGHAN DRESSED LIKE HIM!”

The actress then posted a screenshot of her tweet on Instagram, with a caption accusing the royal family of racism.

“Get the hell out of here with the aggressive black woman trope to avoid your bad behavior,” she wrote. Any real great research on Randy Andy? Doing this to a pregnant woman, again … is beyond gross. “

While Buckingham Palace is launching an investigation into the allegations against Markle, the Royal Family has sidelined Prince Andrew after he was linked to the late pedophile Jeffrey Epstein.

One of Epstein’s alleged victims, Virginia Roberts Giuffre, claimed she was forced to sleep with Andrew three times. She alleged that Epstein brought her to London when she was just 17 years old in 2001.

Andrew has flatly denied his claims and said he did not recall meeting Giuffre.

Markle and Prince Harry’s revealing interview with Oprah Winfrey will air on March 7.