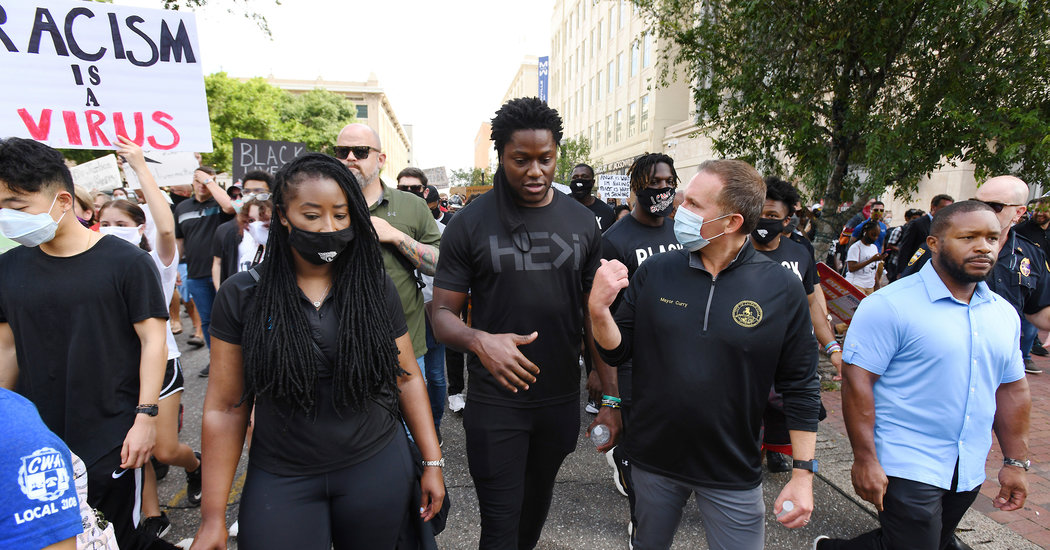 In a statement, the Republican National Committee said it would comply “with local health regulations in effect at the time.”

“The event is still two months away, and we are planning to offer health precautions including, but not limited to, temperature controls, available PPE, aggressive disinfection protocols, and available Covid-19 testing,” the statement said.

Trump did not immediately respond to the announcement. But as he pressured states to reopen their economies, he demonstrated the ability to bend local regulations to his will. Officials in Tulsa, Oklahoma, rescinded the curfew before the president’s rally earlier this month after Trump said on Twitter that he had discussed the curfew with the mayor, a Republican.

Democrats say Republicans want to use the convention to shore up votes in Northeast Florida.

“Jacksonville, Duval County, is a swing city in a swing state,” said State Senator Audrey Gibson, the head of the Democratic majority, who represents the city. Duval County turned blue in the last election. So it’s pretty obvious what this is about. “

In 2016, Trump won Duval County by just 5,968 votes, although Hillary Clinton never campaigned there. In 2018, the county voted for Andrew Gillum, a Democrat, as governor, although its surrounding suburbs remained deeply red.

In addition to dealing with the virus this year, Jacksonville has also become a microcosm of how the nation has been forced to confront systemic racism in the wake of the murder of George Floyd. African Americans make up nearly a third of Jacksonville’s 912,000 population, but have historically been barred from power in local government.