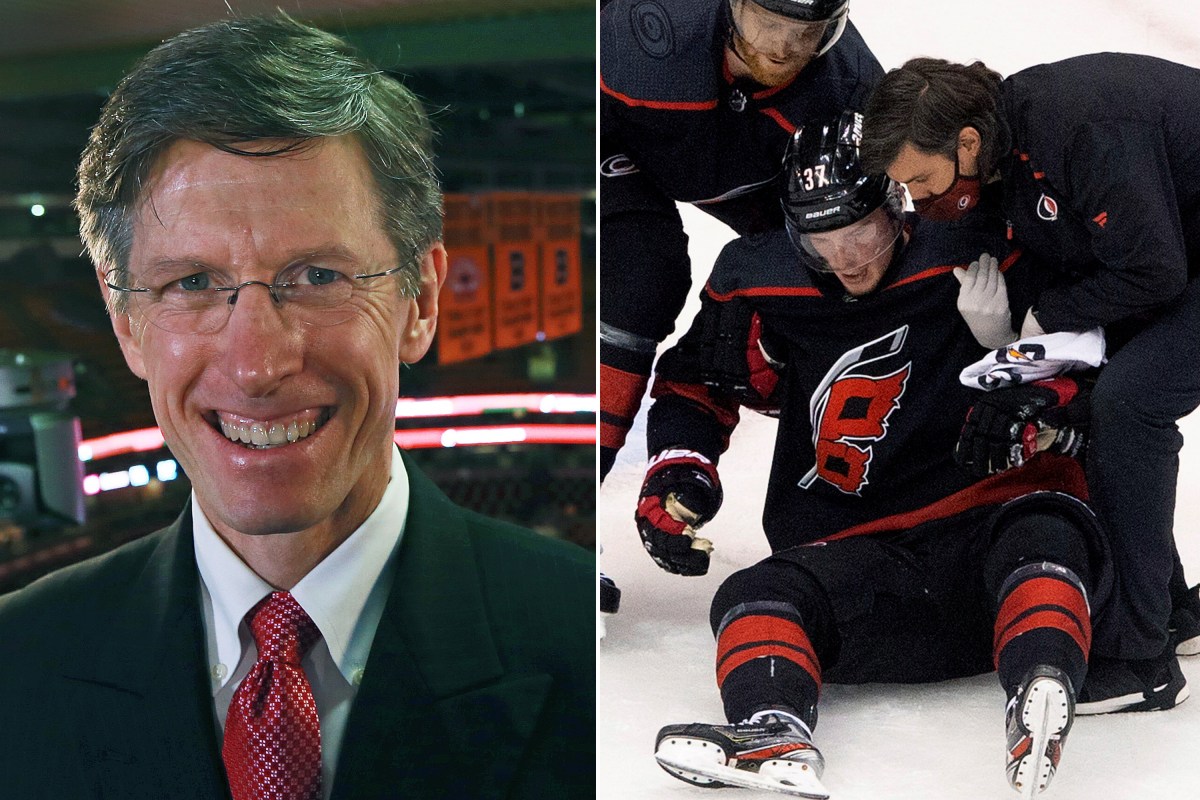 Jack Edwards is in the headlines again – for all the wrong reasons.

Bruce’s play-by-play announcer for NESN made a controversial statement on Saturday about Hurricanes star Andrei Svevikov’s potential playoff injury in Game 3 of their first-round playoff series.

Svechnikov was fighting for the position in front of the net when he lost his balance and landed in an awkward position which was not good for his lower leg.

While the 20-year-old was an immediate concern for the winger, Edwards indicated that Svechnikov was partially to blame for the injury.

Edwards tweeted soon after, “Regarding the unfortunate injury to Svechnikov, NHBC has not yet shown: Carolina Wing playing hobby-horse, playing hor-horse.” “You hit the bear, you take your chances. Nobody wanted to see Savchenikov hurt, but he was far away from what he could chew.”

But it was not Svechinikov who was entangled in the back of the net with Char, but rather Sebastian Aho.

Shvechnikov was undergoing an MRI on Sunday afternoon, but Hurricanes coach Rod Brind’Amour said he “highly suspected” she would return for the playoffs, with her team down 2-1 in the series.

Edwards did not address the comment until Sunday afternoon.

This is not the first time Edwards has taken a bath in hot water for his own life that goes beyond being just a homer, as many refer to him. Bruce was playing Dallas in October when Stars defenseman Roman Pollack went head to head in the boards and had to pull apart. Edwards called it “bad hockey deeds” after Pollack, who was later recovered, had Bruce try to pursue Chris Wagner, causing his own injury.

Pollack’s agent, Alan Walsh, was among those who called out Edwards at the time.

He said, “I have a lot of respect for the Bruin players. All classes, ” Walsh tweeted. “As for Jack Edwards, Roman had an ‘evil hockey deed’ to injury, when he was laying motionless on the ice, you’re really a piece of S-T and a complete insult.”