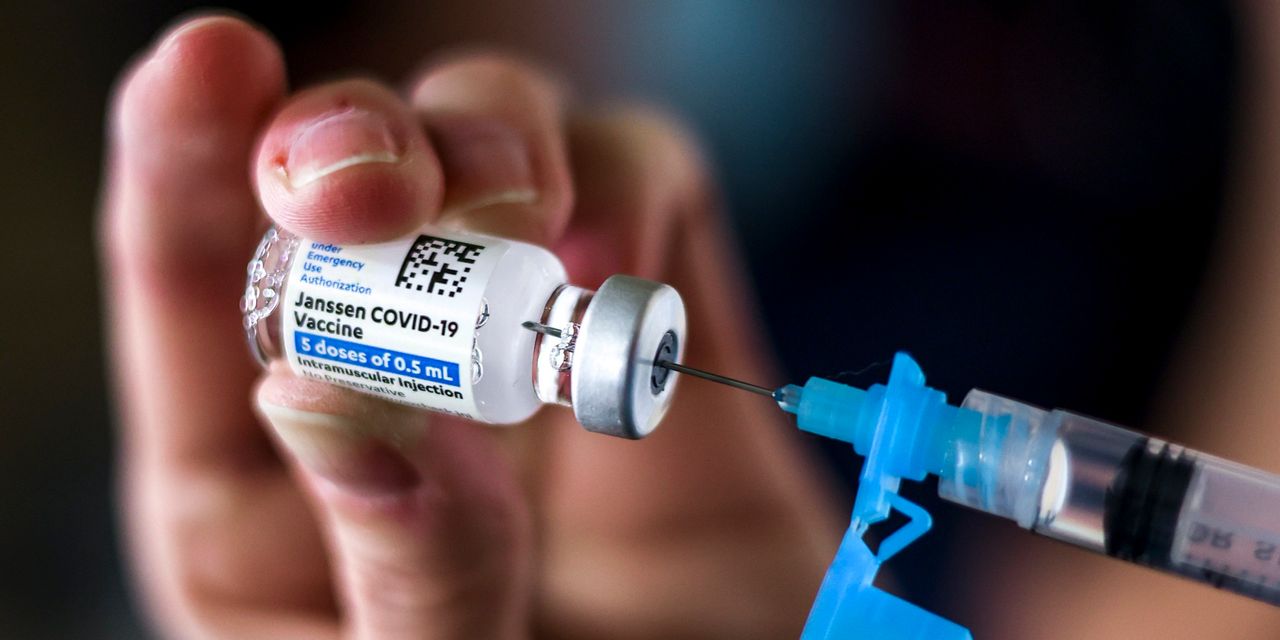 BRUSSELS – Johnson & Johnson’s single-shot Covid-19 vaccine was cleared for use by European Union authorities on Thursday, but approval seems unlikely to immediately speed up the delay in launching the vaccine in Europe. .

The European Medicines Agency said that the J&J vaccine is safe and effective against Covid-19, and hours later the EU authorities formally authorized its use. Distribution is scheduled to begin in the second quarter.

The EMA’s decision to recommend authorization for the J&J vaccine follows US approval late last month.

The J&J vaccine has the potential to significantly bolster vaccination campaigns over time. It can be kept in refrigerators instead of freezers, making it easier to store and distribute than some already approved vaccines, and recipients only need one dose instead of the two administered for other vaccines, often several weeks apart.

The trials found that the J&J vaccine had a high impact on preventing serious disease, but was 67% effective overall when moderate cases were included. Side effects were generally mild or moderate, the EMA said.

In a statement, J&J said the data also showed an 85% efficacy in preventing cases of serious illness.

“Now, as we await a decision on the use of our single-dose Covid-19 vaccine in the European Union, we are confident that the Johnson & Johnson vaccine will prove to be a critical tool in combating this pandemic,” said Paul Stoffels, Chief Scientific Officer. of the company.

Despite the approval, doubts remain about how quickly J&J will begin to distribute vaccines on a large scale, following manufacturing problems in the US that would get a more complete picture after the EMA approval decision.

The company has agreed to provide the EU with 200 million doses this year, and the EU has the option to buy another 200 million. The company said last week that it was confident of meeting its target for the entire year.

On Wednesday, President Biden said that J&J had agreed to provide the US with an additional 100 million doses in the second half of this year, in addition to the 100 million it was already due to deliver. To overcome manufacturing difficulties, the White House helped negotiate a deal between J&J and its former competitor Merck & Co., in which Merck will help produce J & J’s vaccine.

The EU and the US started talks this week to ensure they don’t block the export of vital vaccine ingredients from each other. An executive order Biden issued last month raised concerns in Europe that some vaccine materials, which could include doses of J&J destined for the EU, could be blocked for export to the United States.

The White House on Wednesday sought to allay those concerns.

“The Biden administration’s top priority is saving lives and ending the pandemic. The United States has not imposed a ban on the export of vaccines or their supplies, ”said an export expert. “All vaccine manufacturers in the US are free to export their products and at the same time comply with the terms of their contracts with the US government.”

Unlike the US and the UK, the EU has exported more than 34 million doses of vaccines to 31 countries outside the bloc since the end of January, but slow deployment within Europe led the EU to allow its members banned some exports. Last week, that happened for the first time, when Italy blocked the delivery of AstraZeneca doses to Australia.

On Thursday, the EU said it will extend until the end of June the mechanism that allows member states to ban the export of vaccines.

The EU signed contracts with J&J in October, one of six vaccine deals the bloc has signed so far. To date, four of the vaccines have been approved, from J&J, AstraZeneca PLC, Pfizer Inc.

The EU vaccination campaign has been hampered by late signing of contracts, delivery problems and difficulties in distributing vaccines in some member states. For now, the vaccination rate in the EU is well below that of the US and the UK.

In France, Germany and Italy, less than 8% of people have received their first dose, according to daily data Wednesday from the European Center for Disease Prevention and Control.

With Covid-19 deaths high even in countries like Germany, which performed well during the first wave of coronavirus, much of Europe has been on lockdown for months, hitting the region’s already troubled economy and sparking protests in some countries. On Wednesday, German Chancellor Angela Merkel warned that her country faces a difficult three months ahead.

The European Commission, the EU’s executive arm, has seen the delivery of vaccines roughly double every month since January and expects around 50 million this month, officials say. European Commission President Ursula von der Leyen said this week that she expects the EU to receive 100 million vaccines a month in the second quarter, keeping the bloc on target for its target of vaccinating 70% of the adult population. by late summer.

Questions remain about these figures as the EU continues to have trouble blocking the promised vaccines.

AstraZeneca is slated to supply only half of the original expectation of 80 million vaccines to the EU in the first quarter, and there are intense discussions between the company and the European Commission about how much AstraZeneca will achieve from its target of 180 million by the second quarter. .

The J&J injection was not as effective in studies as Pfizer’s and Moderna’s Covid-19 vaccines.

US health authorities said the vaccine showed preliminary signs, according to J&J, of slowing the spread of the virus among people who show no symptoms. They have been an important source of transmission.

Europe was affected at the beginning of the pandemic and, as of March 4, official data showed that more than 547,000 people died from the disease and more than 22 million fell ill in the EU countries and their fellow members of the European Economic Area. usually.

The deadliest and most contagious British variant of the coronavirus has spread across the continent in recent weeks, leading to stubbornly high levels of infection, hospitalizations and deaths in many countries.

—Sabrina Siddiqui contributed to this article.