Uefa-Super League, total shock: exclusion of the ‘rebels’ and maxi cause worth 60 billion. “Ready to take legal action” | News 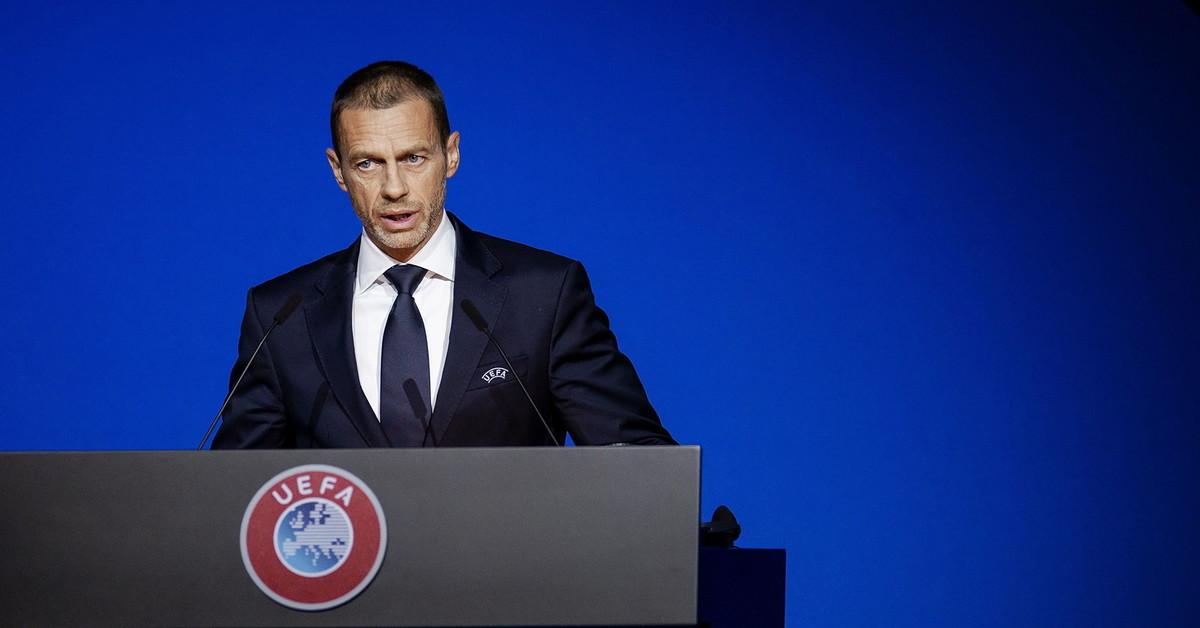 The UEFA Executive meeting in Montreaux promises to be very warm after the division of 12 clubs including Juve, Milan and Inter

There should be two dossiers on the table, the one on the cities that will host the next Eurocup and the reform of the Champions League from 2024 with an expansion from 32 to 36 teams and a change in format with the end of the division. By groups. But the announcement, officially made at midnight, of the birth of the Super League, with the membership of twelve founding clubs, including Juve, Milan and Inter, caused a real earthquake in football and in the match of UEFA Executive Committee Today in Montreaux, Switzerland, fires and flames are expected and a total confrontation is expected.

The Uefa prepares battle against the clubs that have joined the split (Milan, Arsenal, Atlético de Madrid, Chelsea, Barcelona, ​​Inter, Juventus, Liverpool, Manchester City, Manchester United, Real Madrid and Tottenham), anticipated by hard note issued on Sunday afternoon with the English Football Federation, Premier League, Spanish Football Federation, Liga, Figc and Lega Serie A: “The clubs involved will be excluded from any other competition, whether national, European or world , and its players will not be able to represent the national team. ” UEFA, Federations, Leagues and even the Fifa join forces and study a claim of 50 to 60 billion for damages and lost profits and the exclusion of the ‘rebels’ from the system. From Nyon they thundered assuring that participating clubs “will be prohibited from playing in any other competition at national, European or world level, and their players may be denied the opportunity to represent their national teams.” But the Super League clubs reply: “The participating clubs will continue to compete in their respective national leagues. Preserving the traditional national match calendar that will continue to be the heart of club competitions.”

SPANISH LEAGUE: “EGOISTIC APPROACH”
The League “firmly condemns the Super League.” The Spanish soccer league, of which the three main clubs (Real Madrid, Barcelona and Atlético de Madrid) are part of the Superlega project, expressed its strong opposition to the initiative of the 12 European clubs, judging it “in their eyes as a selfish approach. ” .

EU: “WE DEFEND SPORTS BASED ON SOLIDARITY”
“The EU Commission defends a European sport model based on the principles of autonomy, openness, solidarity and interdependence of international federations.” These characteristics affect “all levels” of sport and “must be maintained as part of the EU’s DNA”. Thus, a spokeswoman for the EU Commission comments on the news about the birth of the Super League. We invite all parties to take these principles into account when evaluating the potential impact of the proposal ”, adds the spokesperson, underlining that“ clear, transparent and non-discriminatory rules ”should be at the base of sports organizations.

FERGUSON: “CHAMPIONS LIKE FANS AS ‘AS’
“Fans all over the world love Champions League competition as it is. At United we played four Champions League finals and they were always the most special nights. To speak of a Super League is to step away from being 70 years old. European football. For the clubs. Whether as a player for a provincial team like Dunfermline in the 1960s, or as a coach in Aberdeen winning the Cup Winners’ Cup, for a small provincial club in Scotland it was like climbing Everest. ” So Alex Ferguson, Manchester United’s historic coach, in the Super League, as reported by the Sun.

SUPER LEAGUE CLUBS READY FOR A LEGAL RESPONSE
The 12 clubs adhered to the Superliga already have a legal response ready to the threat of a lawsuit for damages advanced by UEFA. According to Le Parisien, the clubs have sent a letter to FIFA president Gianni Infantino and UEFA president Aleksander Ceferin, informing them that they have presented their ‘dossier’ to various courts, without specifying which ones. and with what content. “Your formal statement obliges us to take protective measures to protect ourselves from such an adverse reaction, which would not only jeopardize the financial commitment but would be significantly illegal,” the letter reads in response to the harsh statement from two. authorities of world and European football, adding that the Super League has already been signed with a loan of 4,000 million euros from a financial institution.

BARCELONA: “IN LINE WITH OUR LEADERSHIP”
Barcelona made their membership of the European Football Super League official this morning. The Catalan club announces that “it has reached an agreement with 11 other clubs” for the new formula, recalls the format of the super championship as already included in the joint press release last night and concludes that the club “is faithful to its history and its prominence in the field of European football, once again position itself as a reference club in terms of the great changes that are needed in the world of football, “with the aim of obtaining the best benefits” from a sports, institutional environment and financial view “. Among the 12 partners in the project, the Catalan club that Laporta now directs was initially considered the most skeptical.

BAYERN AND DORTMUND: “WE ARE CLEARLY AGAINST”
Bayern Munich and Dortmund, the two German clubs on the board of directors of the European Club Association (ECA), have spoken out strongly against the plan to create a Super League. This was stated by Borussia Dortmund CEO Hans-Joachim Watzke. “We met on Sunday evening for a virtual conference on Sunday and confirmed the willingness of the clubs involved to support the planned reform of the Champions League, rejecting plans to form a Super League. Both German clubs represented (Bayern Munich and Borussia Dortmund) have expressed the same point of view “

THE TITLE TEAM: “THE WAR OF THE RICH”
On the one hand Andrea Agnelli and Florentino Pérez, on the other al-Khelaifi and Karl-Heinz Rummenigge, in the middle the Champions Cup: this is the first page of The team, with the great title ‘The war of the rich’ and a very tough editorial entitled ‘The traitors’. “Led by Juventus and Real Madrid – announces the newspaper – 12 major European clubs say they are ready to organize their own continental Super League. PSG and Bayern Munich remain loyal to UEFA for now.” “If they go ahead with their project, they will not be forgiven. And if they give up, not even. The 12 clubs that announced the European Super League project will for a long time remain the ones that have decided to betray a shared ideal.” , the editorial warns, speaking of “an infamy that not only betrays the ideal that this newspaper carried in December 1954, but also that of all those who have always loved European football and who have contributed to building it. forgotten that if I am in that place thanks to those who now intend to steal and leave behind. Here they are willing to kill European football, its essence, its history and its beauty, out of sheer cynicism and disconcerting greed “.

SCHINAS: “PROJECT AGAINST EU VALUES”
“We must defend a European model of sport based on values, based on diversity and inclusion. There is no place for it to be reserved for the few rich and powerful clubs that want to strengthen ties with everything that the associations represent: national championships, promotion and relegation and support for amateur grassroots football “. Thus on Twitter the vice president of the European Commission Margaritis Schinas commenting on the news about the birth of the Superlega. “Universality, inclusion and diversity are key elements of European sport and of our European way of life,” adds Schinas.

REAL MADRID, PEREZ: “WE WILL HELP FOOTBALL AT ALL LEVELS”
“We will help football at all levels and take it to its rightful place in the world. Football is the only truly global sport with more than four billion fans and the responsibility of the big clubs is to respond to their wishes.” Thus the president of Real Madrid Florentino Pérez, first president of the Super League. By bringing together the best clubs and players in the world to compete during the season, the Super League will open a new chapter for European football, ensuring world-class competition and facilities, as well as increased financial support for the football pyramid in its together, “added Joel Glazer, Manchester United Co-President and Super League Vice President.

MACRON AND JOHNSON AGAINST THE SUPER LEAGUE
Emmanuel Macron and Boris Johnson oppose the newly created European Football Super League, with the French president being the one who, indeed, applauds the choice of the French clubs if they had not joined. This is what Politico.eu reports citing sources close to the subject. According to the site, Macron allegedly stated that France will support “all measures” taken by soccer’s governing bodies to defend current European competitions and that the Super League “threatens the principle of sporting merit.” Same opinion for Johnson who would have pointed out that the creation of a Super League would be “very damaging for football”, adding that he supports the football authorities in their next actions.