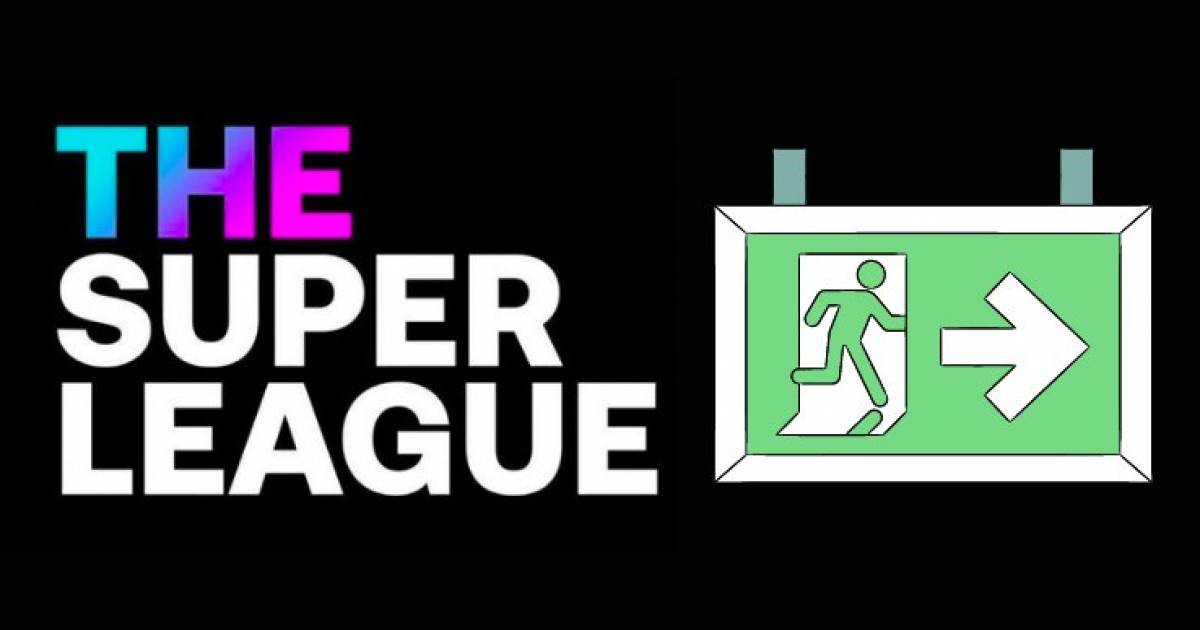 An indiscretion had come from England announcing the resignation of Juventus president Andrea Angelli, but it was denied by the Juventus club.

According to Sky Uk, Woodward had already agreed to his firing at the end of the year with the company, but the announcement has been postponed until tonight. Woodward will continue in his current role until the end of 2021.

20.58 – Barcelona thinks about retracing its steps

Even Barcelona, ​​the Times has learned, could withdraw.

20.57 – Next meeting between the clubs of the Superliga

According to Diario Sport, the 12 Super League clubs will have a meeting tonight to talk about the future of the competition. At 11:30 pm, if the programs do not change, there will be an interview by Florentino Pérez with the Spanish station Cadena Ser.

Also according to Sky Uk, Woodward would have resigned from his position within Manchester United. Woodward himself is, along with Andrea Agnelli, vice president of the new Superlega.

The latest from SkySports UK: Manchester City and Chelsea will surely withdraw from the Super League, while the other 3 teams mentioned (Atlético de Madrid, Manchester United and Arsenal) are still in doubt.

20.45 – Atlético de Madrid is also thinking of leaving the competition.

20.40 – Arsenal could leave the Super League

There is also the fourth English club ready to go according to SkySports UK: it is Arsenal. Of the 12 teams that had announced the birth of the Super League at the moment, 4 English have already retired.

Third English company that is preparing to leave the Superlega. According to SkySports UK, it is Manchester United.

According to SkySports UK, Manchester City is also thinking of leaving the Super League

According to SkySports UK, Chelsea have started preparing the documentation to exit the competition. President Roman Abramovič’s team has changed its mind in the last hours after the strong reaction The refusal came after the announcement from the world of football and beyond. In addition, Chelsea feared that a participation in the new Super League would overshadow the work done in recent months, in terms of proximity to the community during the pandemic and of fight against racism me all’antisemitism. The Blues had not been leaders among the English clubs that decided to participate, unlike United manchester, Arsenal me Liverpool. Chelsea made the decision to join the other clubs at the end of last week, also forced by the fact that the announcement of the new Super League was already imminent.