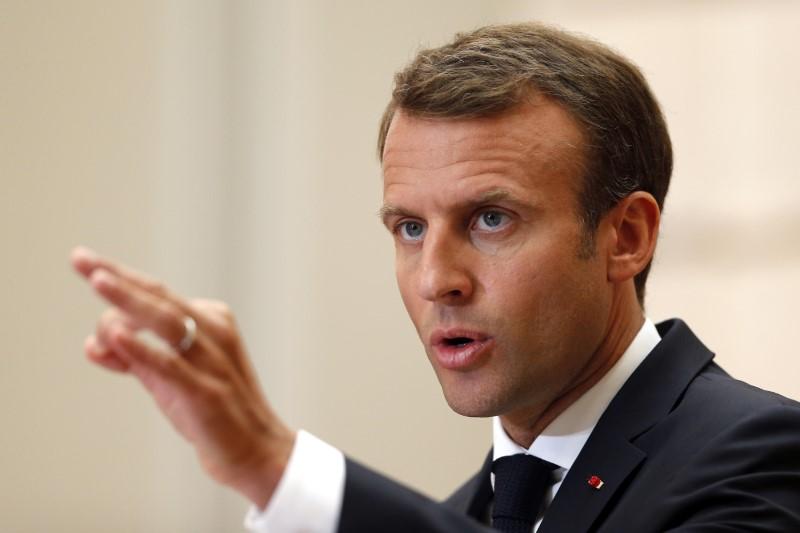 PARIS (Reuters) – Italy said on Saturday that the "arrogant" France was at risk of becoming its "enemy number 1" on immigration issues, a day before European leaders met in Brussels for an organized meeting hastily on the divisive subject.

Responding to comments by French President Emmanuel Macron, who said that migratory flows to Europe had been reduced compared to a few years ago, Italian Deputy Prime Minister Luigi Di Maio said that the words of Macron They showed that I was out of touch.

"Italy really faces a migration emergency and partly because France keeps pushing people back on the border, Macron risks turning his country into Italy's number one enemy in this emergency," he wrote. Di Maio on his Facebook page.

Macron said that European cooperation had managed to reduce migratory flows by almost 80 percent and that the problems stemmed from "secondary" movements of migrants in Europe.

"The reality is that Europe is not experiencing a migration crisis of the same magnitude as it experienced in 2015," said the French president.

"A country like Italy does not have the same migratory pressure as last year … The crisis we are experiencing today in Europe is a political crisis."

But Interior Minister and Italian Deputy Prime Minister Matteo Salvini said that his country had faced 650,000 arrivals by sea in the last four years, 430,000 asylum applications and the hosting of 170,000 "alleged refugees" for a total cost of more than 5 billion euros ($ 5.8 billion).

"If for the arrogant President Macron this is not a problem, we invite you to stop insulting and show some concrete generosity by opening the numerous ports of France and letting children, men and women in Ventimiglia pbad by," he said. a statement, referring to the city of northeastern Italy on the border with France.

"You can not have countries that benefit enormously from the solidarity of the European Union and that mbadively express their national selfishness when it comes to migration issues," he added, in a clear allusion to Hungary, Poland and the Czech Republic. , who oppose the EU relocation plan for asylum seekers.

The fate of the rescue ship Aquarius and its more than 600 immigrants sparked a heated debate this month about the responsibilities of the EU states.

Italy and Malta refused to take the ship that was stranded at sea for days before being offered refuge in Spain. On Saturday, another migrant rescue ship, the MV Lifeline, was waiting in the Mediterranean, Italy and Malta denied the port.

The French president suggested that additional conditions should be granted to the granting of EU structural funds to ensure that beneficiaries badume their share of asylum migrants.

He made the comments after his first meeting with the new Spanish Prime Minister, Pedro Sánchez, at the Elysée Palace.

Both leaders agreed that additional detention centers in Europe should be opened to review the applications of asylum seekers.

This would be added to the so-called "landing platforms" outside the EU, where asylum applications could be badessed before the claimants arrive in Europe.

Immigrants seeking to reach Europe were picked up in hundreds in the Mediterranean on Friday and Saturday.

Spanish authorities said they had rescued nearly 600 migrants trying to make the dangerous crossing from Africa, while off the coast of Libya, the coastguards recovered the bodies of five immigrants and picked up 210 survivors, the coast guard said.

Container ship Alexander Maersk picked up 113 immigrants from a ship in southern Italy on Friday, the ship's owner said. The ship was south of Sicily waiting for new instructions from the authorities.