Italy: Hundreds of people brutally beaten to death at the funeral of a black man. Italy news 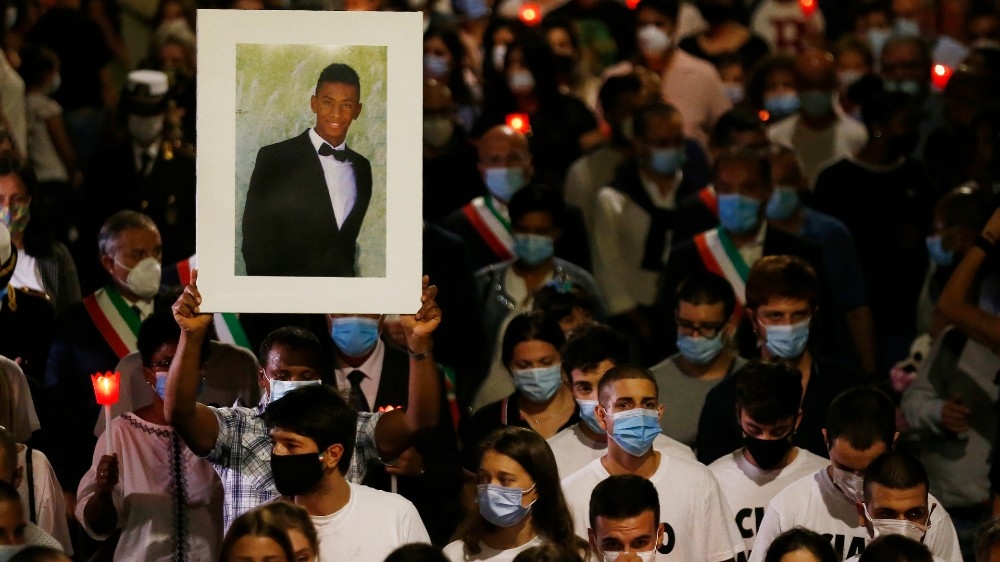 Hundreds of people, including Italian Prime Minister Giuseppe Conte, attended the funeral of a young black man whose brutally beaten death has shaken the nation.

21-year-old Willie Monteiro Duterte was allegedly attacked, as he came to the rescue of a school friend on Sunday. In Colleferro, the capital of Italy, a small town east of Rome.

Four suspects have been arrested, including a pair of brothers with police records, but to date, prosecutors have not indicated if the murder was racially motivated.

Crowds of people, mostly wearing white shirts, attended the funeral procession on Saturday Monteiro Duterte – a famous trainee chef – walked towards a stadium Honored, as clapping in the coffin.

It was a strong display of solidarity for the young man, who was described as hard working and understanding by those who knew him.

Conte, who called the family to express his condolences, demanded justice for the murder.

In a statement, he asked rhetorically what it meant that someone in Italy could be killed trying to help a friend.

“Shall we ask our children to turn their heads? Not to settle disputes or to try to save weak friends or friends in apparent difficulty?” Conte said.

“I don’t think it can be the answer or the way forward. Rather, we should multiply our efforts in every place and context, so that our children grow up with a culture of respect for all.”

Collefero declared a day of mourning on Monday, as did the nearby town of Paliano, where Durte – who was born in Rome and whose family was from Cape Verde – lived.

Monteiro Duarte was “a great man who found himself in the wrong place at the wrong time”, said Domenico Alfieri, the mayor of Paliano on Facebook.

His picture appeared on the first pages of Italy’s main newspapers on Monday, with one saying: “Siao Villi, killed for his generosity.”

The Independent Lunaria Monitor warned last year that racial attacks were on the rise in Italy, a development it said was linked to the country’s “hostile political climate”.

According to the ANSA news agency, last month, a 25-year-old Senegalese man was beaten on a beach in Tuscany by two Albanians in an apparent racist attack.