July 1, 2020 U.S. Comments Off on Italian police confiscate more than $ 1 billion ‘Captagon’ amphetamines made by ISIS 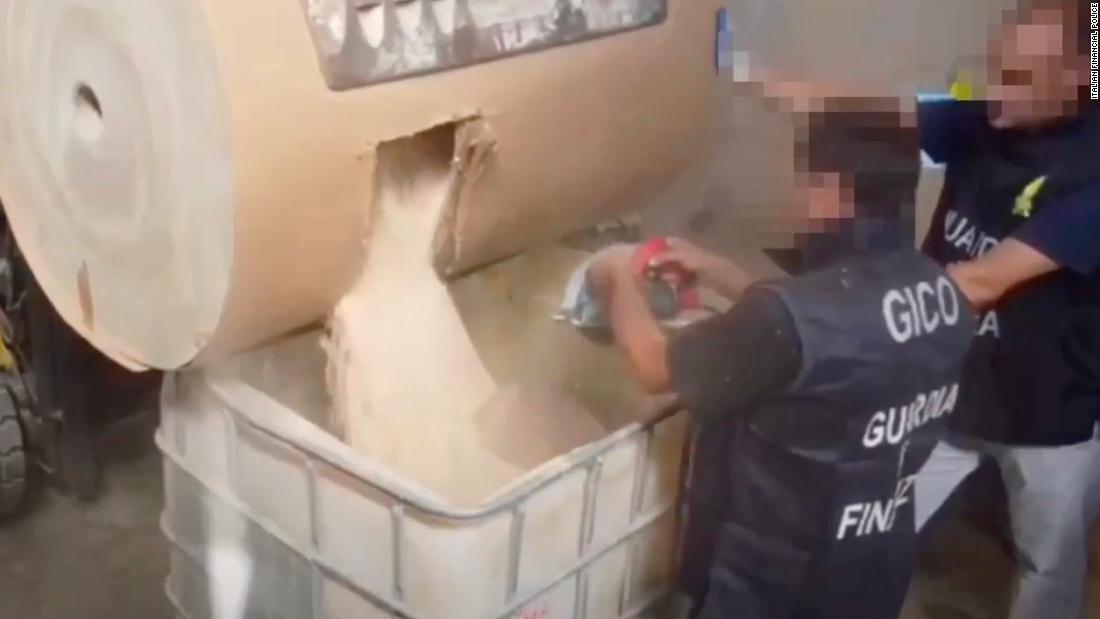 Officers tracked three suspicious containers to the port of Salerno in southwestern Italy and found 84 million pills with a market value of € 1 billion ($ 1.12 billion) inside paper cylinders for industrial use, he said. Guardia di Finanza financial police in a statement on Wednesday.

Investigators said the raid is the largest drug catch in the world. The pills carried the “Captagon” logo, which “distinguishes the ‘Jihad drug’,” according to the statement.

“ISIS / Daesh are known to finance their terrorist activities largely through trafficking in synthetic drugs produced primarily in Syria, which has become the world’s leading producer of amphetamines in recent years,” police said.

“According to the DEA (US Drug Enforcement Administration), ISIS makes extensive use of these drugs in all territories over which it influences and controls their sale.”

The investigation and arrest were carried out by decree from the Naples prosecutor, the statement added. The police believe that the drugs were intended to be distributed in Europe by various organized crime groups.

“The hypothesis is that during the shutdown, due to the global epidemiological emergency, the production and distribution of synthetic drugs in Europe practically stopped, and therefore many traffickers with different organized crime groups have gone to Syria, where it appears it hasn’t slowed down. “Police said.

Captagon was originally the brand name for a drug containing the synthetic stimulant phenetyllin. It is no longer produced or used, but drugs bearing the Captagon name are regularly seized in the Middle East, according to the European Monitoring Center for Drugs and Drug Addictions (EMCDDA)

The drug is a common stimulant in the Middle East, and is also used in some countries bordering the European Union, the organization said.

“In addition, some recent media reports have linked this drug to perpetrators of terrorist acts in Europe or terrorist groups based in conflict zones in the Middle East,” added the EMCDDA.

In 2015, CNN reported on a US official who believed that some jihadist fighters were using Captagon, which can cause an increase in energy and euphoria.

In addition to allegedly taking the drug themselves, militants in Syria on both sides of the fight can also benefit from the production and trafficking of the pills, according to the United Nations Office on Drugs and Crime (UNODC).

“It is also believed that (the Islamic State) and the Al Nusra Front are facilitating the smuggling of chemical precursors for the production of Captagon,” UNODC chief Yury Fedotov said at a press conference in June 2015.

Counterfeit Captagon tablets contain amphetamine and other chemicals, according to UNODC.

We are probably badly needed to bring OnePlus’ OxygenOS 11 features