It was a difficult night for Mets manager Luis Rojas against the Phillies. 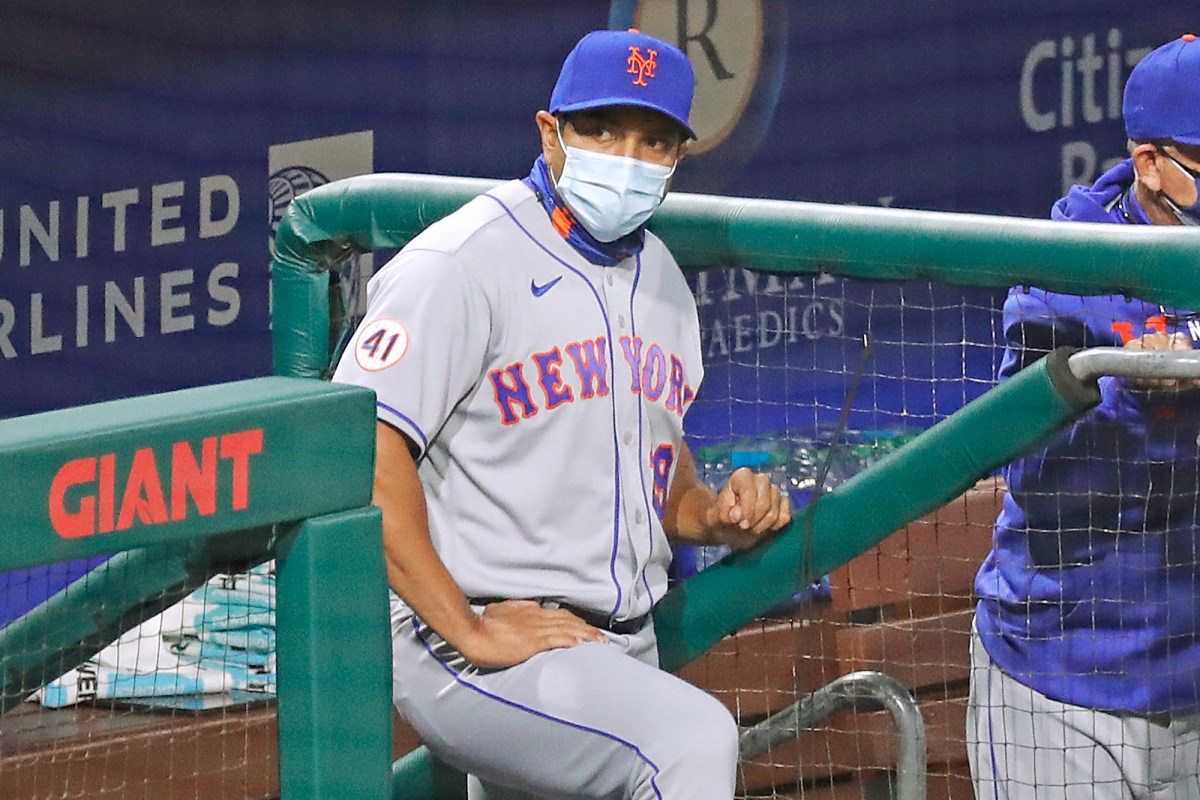 Steve Cohen said Monday afternoon that he was “starting to get my legs in the sea here,” as the Mets’ rookie owner. Then his reign was officially launched and it turned out that the sea legs were a prize among his employees.

Starting with, but certainly not limited to, your manager.

The Cohen / Francisco Lindor Era began disastrously Monday night, when the Mets wasted a trademark Jacob deGrom effort by suffering a 5-3 loss to the undefeated Phillies at Citizens Bank Park.

“We saw more positives than negatives even though we lost the game,” Luis Rojas said, surely evoking millions of blank eyes among Mets fans.

You could see negatives through open, rolled, or closed eyes. The Phils ‘eighth of five runs turned the game around in the blink of an eye and highlighted all of the Mets’ anxieties: questionable bullpen, shaky defense, inexperienced tactician.

Okay, the key mistake came from third baseman Luis Guillorme, who had just signed up for JD Davis and rewarded Rojas for his faith by fielding Alec Bohm’s groundout to Aaron Loup and shooting high to the plate, the ball knocking over James McCann’s glove. and going after him. , allowing leader Rhys Hoskins and insured Bryce Harper to score. So let’s get on with that good process and that terrible result. Because many questionable processes preceded that moment.

Go back to the fourth inning, when the Mets loaded the bases with one out, both of their runs were already on the board, forcing Joe Girardi to pick up his starter, left-hander Mike Moore, for right-hander Brandon Kintzler to go after the first. bat Kevin Pillar. , a right-hander. What a perfect place to turn to lefty Dom Smith from the bench, right? Go kill!

“We talked about it briefly,” Rojas acknowledged. “Pillar is also a good hitter. The other thing is defense. We’re up 2-0 because Pillar is in the middle, ”as Pillar helped prevent Philadelphia’s Hoskins from hitting a 3-pointer in the first inning.

When a journalist posited that Rojas could have pinch-hit Smith (.263 / .313 / .514 vs. right-handers) for Pillar, and then go to Albert Almora Jr. on defense, Rojas said he didn’t want to burn two players on the fourth inning of a National League game. Wouldn’t it be better to try to create enough distance from your opponent so as not to worry about later moves?

If deGrom’s rise after just six blank innings and 77 pitches caught any eye, deGrom validated his manager and said, “I felt like that was the right call.” The ace hadn’t pitched to hitters in 10 days, thanks to the Nationals’ COVID outbreak, and his six “ups,” as baseball folks now call “innings,” exhausted him enough. It’s hard to worry too much about protecting deGrom.

However, if the Mets can’t build a bridge from deGrom, their longest-running pitcher, to closer Edwin Diaz, then they should be worried. After Miguel Castro pitched a scoreless seventh, Trevor May opened the eighth and completely shattered his Mets debut, allowing three batters in a row to reach base. With left-hander Harper and right-handers JT Realmuto and Bohm, Rojas turned to his left-hander Loup knowing he would have to face all three batters unless he could call a double (or triple) play.

“We liked the showdown with Loup,” said Rojas. “Loup has been good against left and right handed in his career.”

Three years ago, let’s say, the Mets had two big options to go to. However, Dellin Betances and Jeurys Familia now remain expensive question marks in the bullpen.

Much fodder for this first night, not enough joy. In this ultra-competitive NL East, the Mets better find more legs in the sea soon.