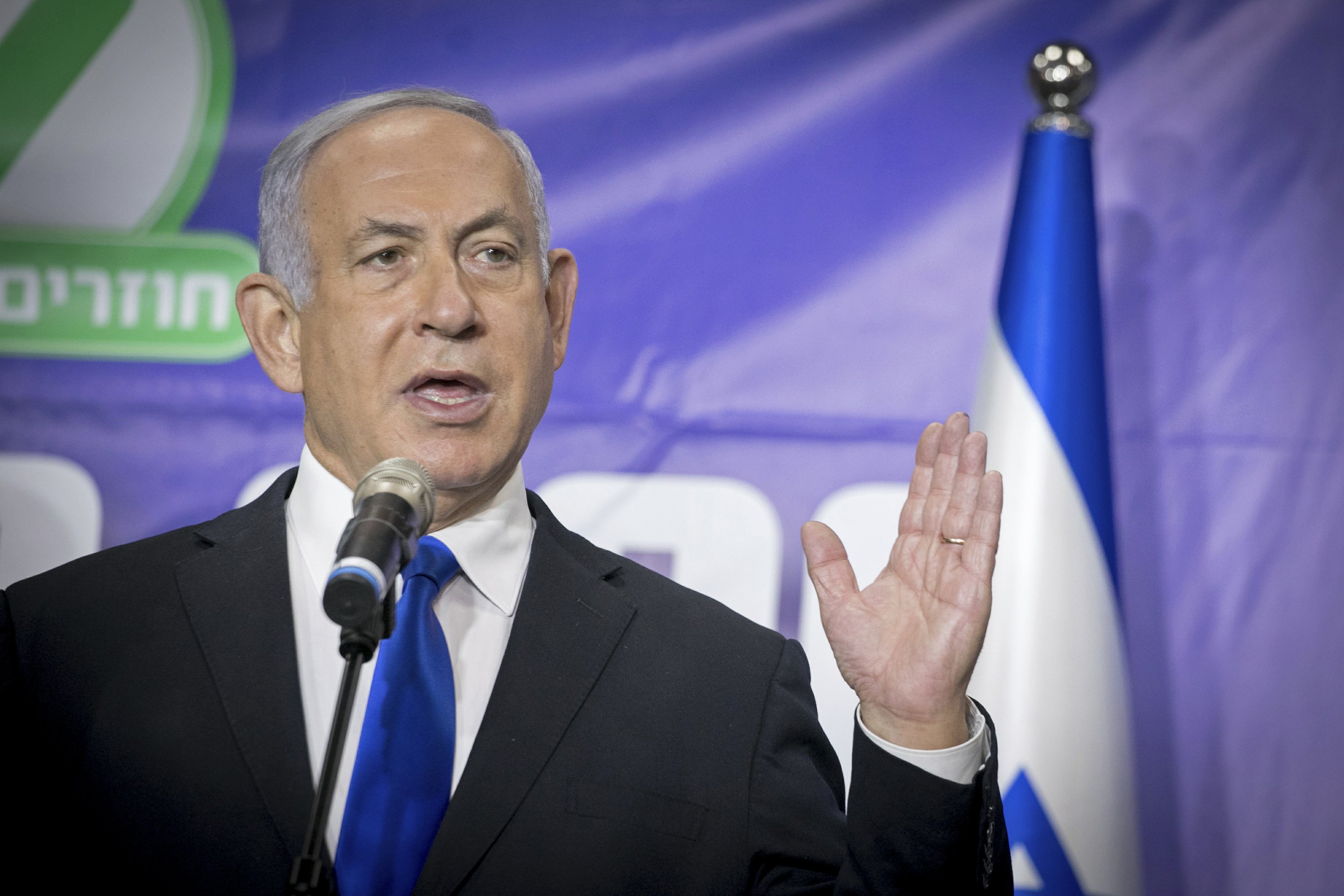 JERUSALEM (AP) – Israeli Prime Minister Benjamin Netanyahu canceled a visit to the United Arab Emirates on Thursday, citing a diplomatic disagreement with Jordan, in an embarrassing setback to his re-election campaign just days before the vote.

Netanyahu hoped to use the hearing with the crown prince of the United Arab Emirates, his first public meeting since the countries established ties last September, to boost his campaign ahead of the March 23 election. Instead, he has to explain to the public why his trip was canceled and damage control to protect Israel’s fragile relationship with the Jordanians.

Netanyahu’s office said it had difficulty coordinating the flight over Jordanian airspace after Jordan’s crown prince canceled a visit to the Al-Aqsa Mosque in Jerusalem, a sensitive holy site in Jordanian custody, due to disagreements over security arrangements.

Speaking at a press conference, Netanyahu said there had been a misunderstanding. When it was resolved, he said it was too late to fly.

“I can fly through the skies of Jordan,” he said. “Until it was coordinated, today’s visit was not possible.”

He said he had spoken by phone with the crown prince of the United Arab Emirates, Mohammad Bin Zayed Al Nahyan, and they agreed that he would visit him “very soon”. He also said that the Emiratis informed him of plans to invest $ 10 billion in Israel.

There was no immediate comment from the United Arab Emirates.

With Israel now locked into its fourth election campaign in two years, Netanyahu is once again trying to present himself as an experienced and uniquely qualified statesman to lead the country through its many diplomatic and security challenges.

A key pillar of that strategy, Netanyahu’s close ties to former President Donald Trump, is no longer relevant now that there is a new administration in the White House. But Netanyahu continues to point to Israel’s agreements establishing ties with the United Arab Emirates and three other Arab countries, all negotiated by Trump, as one of his proudest achievements.

However, those agreements have been reached at the expense of the Palestinians and neighboring Jordan, which after Egypt became the second Arab country to achieve peace with Israel in 1994.

The immediate cause of this week’s dispute was due to Jordan’s role as custodian of the Al-Aqsa mosque complex, the third holiest site in Islam. It is also the holiest site for Jews, who refer to it as the Temple Mount, and it has long been a flash point for tensions in the Middle East.

Jordan’s crown prince, Hussein bin Abdullah II, had planned to visit the mosque to pray on the Muslim holiday that marks the Prophet Muhammad’s ascension to heaven from the site. But he returned at the border due to a disagreement with Israeli authorities over the number of armed escorts that could accompany him, Israeli media reported.

Jordanian Foreign Minister Ayman Safadi accused Israel of changing the agreed arrangements “at the last minute” and forcing the crown prince to suspend the visit.

“His highness decided that he did not wish to interrupt this peaceful night of prayer,” Safadi said at a summit in Paris. “We cannot accept Israeli interference in Al-Aqsa affairs.”

Oded Eran, a former Israeli ambassador to Jordan, said the dispute reflected a deeper deterioration in relations in recent years.

“The biggest problem is that there is no dialogue between the number one in Jordan and Israel, that is, between the prime minister and the king of Jordan,” he said.

That lack of confidence was highlighted by Israel’s plans last year to annex parts of the Israeli-occupied West Bank. Israel suspended the annexation plan as part of its agreement to establish ties with the United Arab Emirates, but Eran said Jordanians remain deeply suspicious.

Jordan, which is home to a large Palestinian population, sees the establishment of an independent Palestinian state in the neighboring West Bank as a key interest, and any Israeli annexation would likely destroy any remaining hope of Palestinian independence. Israel and the Palestinians have not held substantive peace talks in more than a decade.

“At the very least, they need a political process and movement toward a solution,” said Eran, now a senior fellow at the Institute for National Security Studies, a Tel Aviv think tank. “The process itself is very important to Jordanians and when it is not there, there are certainly concerns.”

Hours earlier, Netanyahu’s office announced that his wife, Sara, had been hospitalized with an appendix infection. She said she would be hospitalized for several days.

The canceled trip and medical emergency appeared to create unwanted distractions for Netanyahu’s campaign, at least for the day. The Israeli leader has focused his campaign on his successful efforts to vaccinate the Israeli public against the coronavirus.

In just over two months, Israel has vaccinated around 80% of its adult population, allowing authorities to begin reopening schools, shops, restaurants and museums just before Election Day.

Yet opinion polls continue to show that Netanyahu is locked in a tight race against a packed field of rivals. According to projections, Netanyahu’s Likud is expected to emerge as the largest party, but without sufficient support from allies to form a ruling majority coalition.

The trip to the United Arab Emirates could have helped bring the campaign to life. It could also help deflect attention from Netanyahu’s ongoing corruption trial, set to resume on April 5, and public anger over the economic damage caused by repeated coronavirus lockdowns over the past year.

Gideon Rahat, a political scientist at the Hebrew University and a senior fellow at the Israel Institute of Democracy, said Netanyahu had suffered a setback on Thursday, but he still had time to control the agenda and clear things up.

For example, Netanyahu could still find a way to visit the UAE before the elections, Rahat said. And the vaccination campaign could help you more as the economy comes back to life.

On Thursday night, Netanyahu received the leaders of Hungary and the Czech Republic to discuss cooperation in their strategies against the coronavirus.

The Czech Republic also opened a diplomatic office in Jerusalem, lending exceptional support to Israel’s claims about the disputed city. The Palestinians want East Jerusalem, where the Al-Aqsa Mosque is located, to be the capital of their future state. Most of the countries keep their embassies in Tel Aviv due to the dispute.

“You can call it a bad day for Netanyahu, but no more than that,” Rahat said.