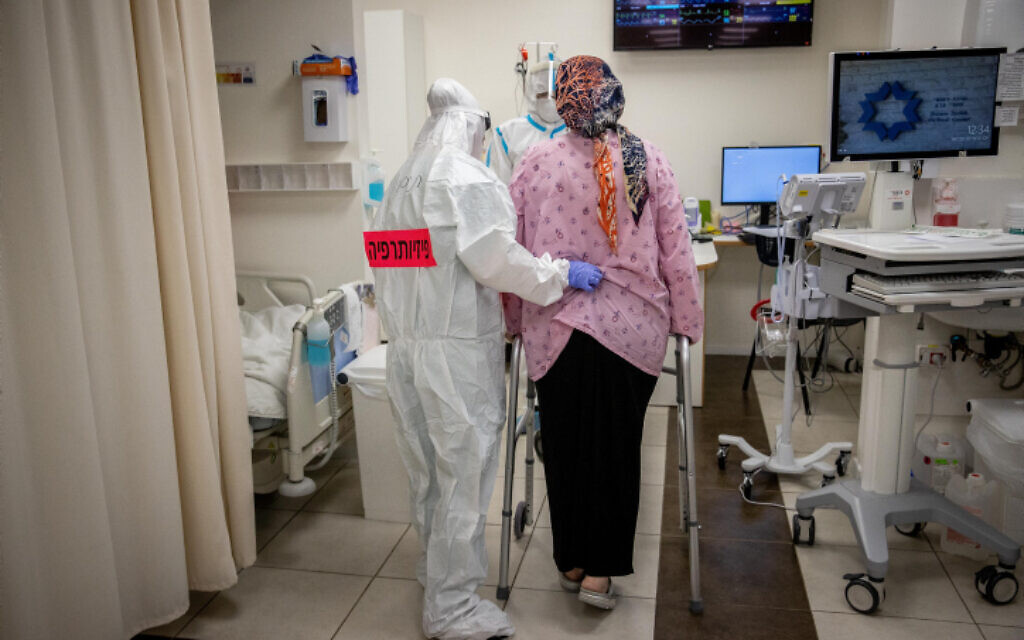 A new Israeli study published Tuesday indicates that 95 percent of recovered COVID-19 patients do not suffer any irreversible respiratory or heart damage, helping to answer one of the key questions about the disease that has infected more than 100 millions of people around the world.

“We can cautiously report that according to our study, most symptoms disappeared within three to six months,” said Professor Gabriel Izbicki, director of the Shaare Zedek Pulmonary Institute.

“Almost all of the patients we studied after six months reported a marked improvement in their general condition, and the test results reflected this. We found that regular physical activities three to four times a week directly contributed to helping the patient recover much faster, ”he said.

The data showed that within three months of recovery, the most prevalent long-lasting symptom was shortness of breath, found in 57% of patients.

Additionally, 55% of patients reported general weakness, 25% reported sustained coughing, and 18% reported chest pains. Another 11% still complained of loss of taste and smell, while 8% had neurological symptoms such as dizziness or weakness in the limbs.

The study, which has not yet been peer-reviewed, included patients between the ages of 18 and 86 with mild, moderate and severe conditions.

As an environmental reporter for the Times of Israel, I try to convey the facts and science behind climate change and environmental degradation, explain – and criticize – official policies that affect our future, and describe Israeli technologies that can be part of the solution.

I am passionate about the natural world and disheartened by the regrettable lack of awareness of environmental issues displayed by the majority of the public and politicians in Israel.

I am proud to do my part to keep The Times of Israel readers informed on this vital subject.

Your support, through membership in The Times of Israel Community, allows us to continue our important work. Would you join our community today?

For as little as $ 6 a month, you can help support our quality journalism while enjoying The Times of Israel AD FREEIn addition to accessing exclusive content available only to members of the Times of Israel community.