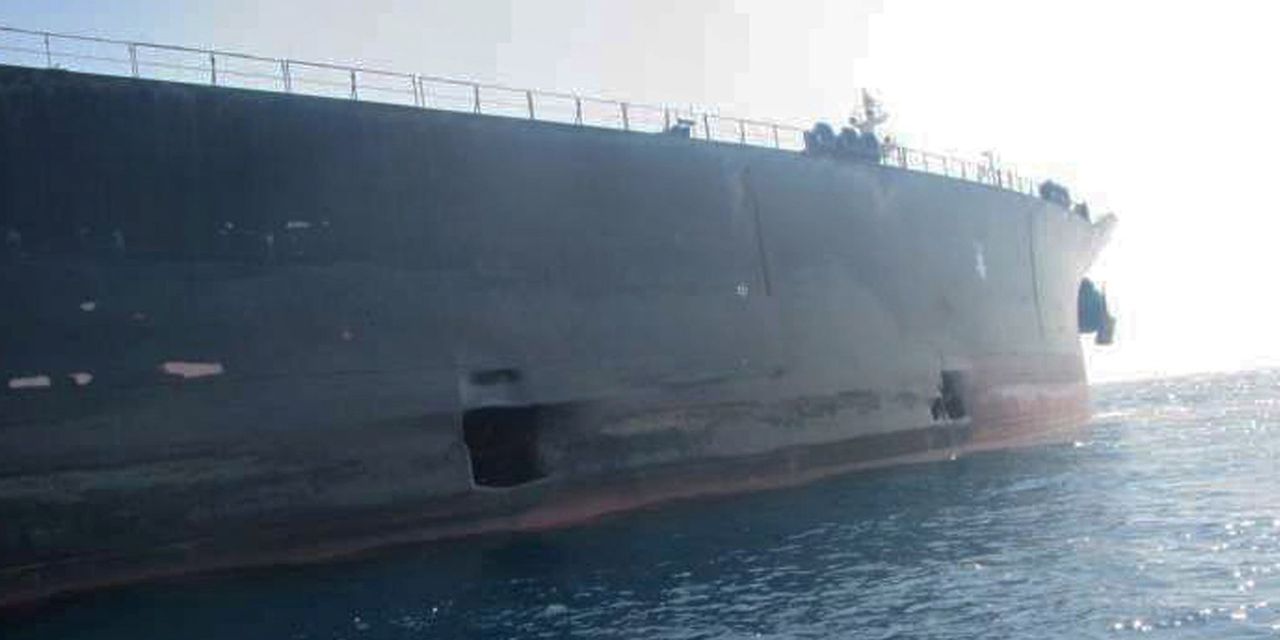 WASHINGTON – Israel has attacked at least a dozen ships bound for Syria and mostly carrying Iranian oil out of concern that oil profits are financing extremism in the Middle East, regional and US officials say, on a new front in the conflict between Israel and Iran.

Since late 2019, Israel has used weaponry, including water mines, to attack Iranian ships or those carrying Iranian cargo as they sail into Syria in the Red Sea and other areas in the region. Iran has continued its oil trade with Syria, shipping millions of barrels and contravening US sanctions against Iran and international sanctions against Syria.

Some of the naval strikes have also targeted Iranian efforts to move other cargo, including weapons, through the region, according to US officials.

Attacks on tankers carrying Iranian oil have not been previously disclosed. Iranian officials have reported some of the attacks before and have said they are suspicious of Israeli involvement.

Israel has not previously commented on such incidents and Israeli Prime Minister Benjamin Netanyahu’s office referred the questions to the Israeli military, which declined to comment on Israel’s role in the attacks on Iranian ships. Iranian officials at the country’s United Nations mission did not respond to a request for comment.

Damascus has said that disruptions to Iranian oil imports are causing shortages for Syrians. Syria and Iran have denied financing terrorism and say their alliance aims to counter that crime.

The disclosure of the Israeli campaign at sea marks a new dimension in its campaign to counter Iran’s military and economic entrenchment and its support for allied groups in the region. Since 2018, Israel has carried out hundreds of airstrikes, primarily in Syria, to defeat Iranian-backed groups, weapons, and influence throughout the region.

How do you think the Biden administration should address the tensions in the Middle East? Join the conversation below.

The revelation also comes amid escalating tensions in the region and as the Biden administration considers its approach to confronting Iran. The administration has said it wants to return to the 2015 international agreement on Iran’s nuclear program, but progress has stalled due to demands from each side for concessions from the other.

Iran’s oil shipments bound for Syria are controlled by officials from Iran’s Islamic Revolutionary Guard Corps, the United States has alleged in court cases filed to seize the ships. The purpose of the Iranian operations is to circumvent sanctions against Iran and Syria to fund the IRGC, these court cases say. These tankers often carry hundreds of millions of dollars worth of oil.

Israel has also publicly accused Iran of subterfuge and sabotage in recent weeks. Netanyahu last week blamed Iran for an explosion that destroyed the MV Helios Ray, an Israeli-owned freighter. Iran’s Foreign Ministry denied being behind the attack.

US officials blamed Iran for a series of attacks in 2019 on tankers in the Persian Gulf region, some using mines.

Israel’s minister of environmental protection, Gila Gamliel, also last week accused Tehran of being behind the largest ecological disaster in Israel’s history, an oil spill of hundreds of tons of tar that covered the coastline of more than 100 miles from Israel last month. Israel’s Defense Minister Benny Gantz said Israel had no evidence to suggest that Iran deliberately caused the oil spill.

Experts say the string of attacks on Iranian tankers stems from perceived inaction on the part of the international community, particularly after Iran broke its promise not to deliver oil to Syria from a seized tanker.

“
“Israel stepped up the game beyond sabotage sanctions.”
“


– Mark Dubowitz, Executive Director of the Foundation for the Defense of Democracies

Mark Dubowitz, executive director of the Foundation for Defense of Democracies, a think tank that opposes the Iran deal and urges a hard line against Tehran, said Israel and the United States have long established their sites on the Iranian oil revenue.

“Israel stepped up the game beyond sabotage sanctions,” he said. “The sabotage of the Red Sea is sustained by a wider economic war campaign.”

The second professional said Tehran has been silent on the attacks. “We are trying to keep a low profile,” he said. “It would seem a sign of weakness” if Iran complained and did not react with a military response, he said.

In one episode last month, suspected Israeli agents planted a limpet mine to attack an Iranian ship while it was anchoring near Lebanon to deliver Iranian oil to Syria, according to the premier shipping professional. The Israeli military declined to comment on the incident.

Limpet mines are usually secretly placed in the hull of ships in the harbor and detonated later, poking holes in the sides of the ships.

On Thursday, a Telegram message channel close to the Iranian navy posted images purporting to show a fire aboard a contained Iranian vessel, the Shahr e Kord, near Latakia, Syria. He said the ship had been hit by missiles. It could not be determined whether the incident was related to other attacks on Iranian vessels.

The attacks attributed to the Israelis have not led to reports of any sunken ships, but the detonations have forced at least two ships to return to Iran’s port, delaying delivery to Syria of the fuel on board, say professionals from the ship. Iranian shipping.

US officials provided tacit US support during the Trump administration for such attacks, according to a person familiar with the matter. The two countries have had a long-standing intelligence-sharing relationship, and the United States has backed previous Israeli strikes in Syria.

At the very least, there is no indication that the United States is getting in Israel’s way, analysts said.

“As long as he [Biden] The administration believes that the Israelis are staying below the threshold of a major escalation or conflict, I don’t think they are going to get in the way of the things that Israel feels it needs to do to protect itself, ”said Ilan Goldenberg, senior researcher at the Center. for the New American Security in Washington.